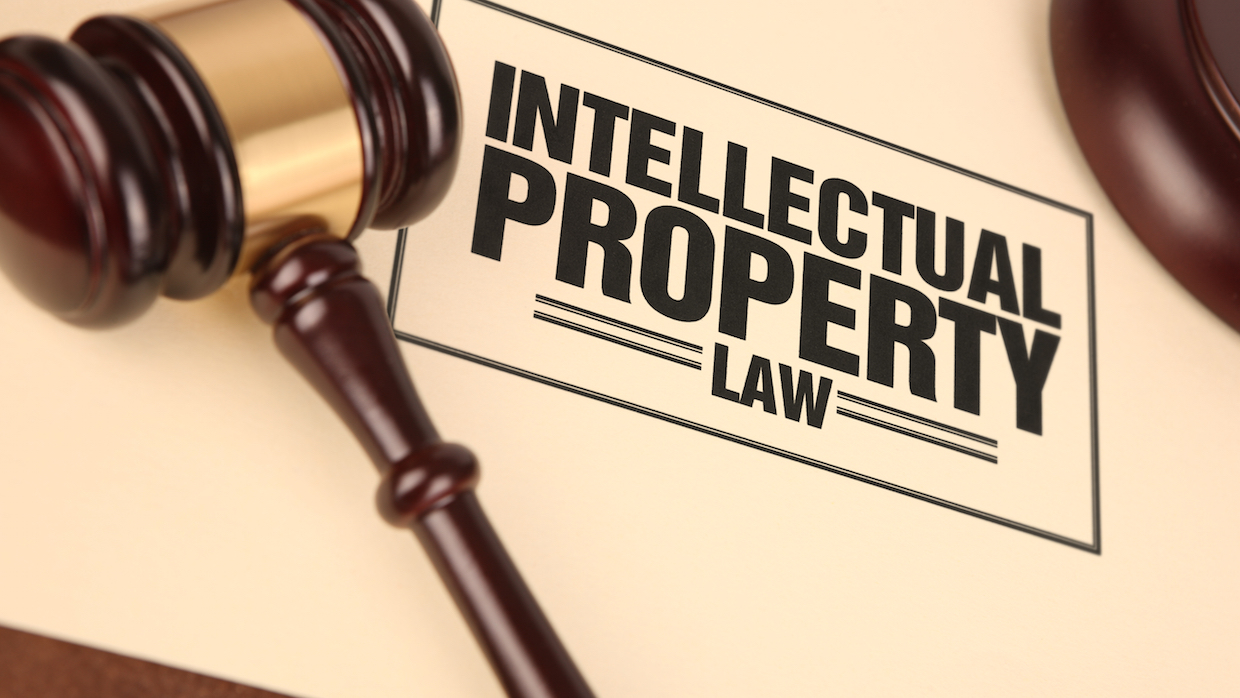 “Guerilla filmmaking” is a term that refers to the process of shooting films with bare-bones crews, simple props, real locations and no permission. You rebel. The concept is not new, but it’s never been easier to sneak into a place with a camera in your pocket or backpack and still come out with high-quality footage. With you and your cousin being a two-person crew (and cast) and making the world your on-location shoot, certain aspects of the biz may be easier, but other important facets have not changed.

Without permits or permission, municipalities may shut down your production, fine you and even potentially confiscate your equipment, while private locations may stop you at any moment. Now, with most U.S. adults owning a smart phone and at least half of those considering themselves social media royalty, it can be difficult for the location owner to decipher between the average narcissistic breakfast instagrammer and a startup filmmaker praying for the next Blair Witch Project.

With bigger budget productions, the set is meticulously controlled with little chance of anything accidentally making it onto screen. In the no budget world, filmmakers capturing a scene at their favorite diner need to pay attention to the music or branding that sneaks into a shot. So even if you are sly enough to elude the police or the restaurant manager, the environment itself may pose issues. There has even been a nine-year case involving a music company suing a home video YouTuber for posting a video of her kid dancing to music in her kitchen[i]. Apparently, “cute” is not a defense.

The entertainment industry’s core product is intellectual property – mainly copyright. No matter how many (or most importantly, which) Baldwins are in your movie, you still need to consider how this right will be handled if you want your film to see the light of day and without you being named a defendant.

Article I, Section 8 of the U.S. Constitution says, in part, “The Congress shall have power… to promote the progress of science and useful arts, by securing for limited times to authors and inventors the exclusive rights to their respective writings and discoveries.” Title 17 of the U.S. Code contains statutory U.S. Copyright law. As with many areas of the law, this field has an extensive body of both statutory and common law. Let’s look at the basics.

A copyright is created when an original work of authorship is fixed in a tangible form of expression. No external certification process is required for an author to have copyright protection over the work that the author creates, although registering the copyright with the U.S. Copyright Office does provide additional benefits, such as the right to sue for infringement (registration is required before an infringement suit can be brought), as well as statutory damages and attorneys’ fees (if the copyright is registered before infringement occurs). Copyright provides the author the exclusive right to reproduce the work, prepare derivative works based on the work, distribute copies of the work, perform the work publicly and display the work.

In film, the script is an obvious example of a copyrighted work, and often first in the chain of title for any production, whether it’s a one-minute short or an epic four-hour drama. When the scripted production is shot, one is preparing a derivative work based on the script. If the holder of the script’s copyright is not the same one creating the motion picture from the script, those shooting the film need to obtain permission from the script’s copyright holder to legally make this derivative work. In practice, the production company will typically purchase the copyright in the script so that it has all of the rights associated with exploiting the script in its many forms.

A production company should also consider whether the script infringes the copyright associated with another work. Typical measures to avoid such an issue would include doing a Copyright Office search and having the copyright holder make certain representations and indemnify the company for any such breaches. Note that copyright is only validly transferred by a signed, written agreement.

So, the production company owns the copyright to the script. Let’s shoot it. As copyright is created by the individual who fixes the work in a tangible form of expression, this means that, without agreement to the contrary, the person holding the camera has the copyright of the recorded audio-visual work. In most situations (including if your uncle becomes the third crew member), you probably did not intend to let the cameraperson own the property that forms the core of the company’s business.

As mentioned above, the written word and the visual image aren’t the only copyrightable elements in film. Most productions use music to bolster the audience experience. Unless the music is in the public domain (this doesn’t mean playing in public), there are copyrights associated with the musical composition (music and lyrics) and the particular sound recording used. If the production company incorporates copyrighted music in the film, and the filmmaker is not the author of the music, the company needs to obtain a license, including what’s called a synch license, or the right to synchronize the music to the film. Additionally, there are usually multiple copyright holders to the several parts of the music from which permission must be obtained – often from a record label (sound recording owner) and potentially multiple music publishers (representing the songwriters).

What if you can’t get in contact with all these rights owners or they say no? Go rogue, you guerilla.

“Fair use” is the concept of rightfully using copyrighted material without permission. The policy involves creating a compromise between copyright protection and freedom of speech. This is a popularly misrepresented topic with plenty of inaccurate “rules of thumb” that sound something like “if the man in the clip has a mustache and you can’t see 50 percent of his mouth move for more than 4.5 seconds, you can use it.” It’s not that simple (if that’s simple). What if the woman has a mustache?

Fair use is an affirmative defense to a claim of copyright infringement, and, as a four-factor test is used to analyze the individual facts of each case, the determination can go any number of ways. So, if it is invoked, a court would determine where the totality of your case lands by tossing the numerous circumstances into the swirling winds of the following factors: the purpose and character of your use, the nature of the work, the amount and substantiality of the portion taken, and the effect of the use upon the potential market for the work. Better not to test the hot-air balloon in that.

What if you’re going through footage from the diner and a huge billboard is beaming a famous brand during your favorite take?

A trademark is a symbol, word, or words legally registered or established by use as representing a company, service or product. Its purpose is to prevent confusion as to different companies’ goods or services to protect a business’ goodwill. Each company generally has the right to determine who may use its trademarks. (The same goes for artwork. See copyright discussion above.)

The best procedure would be to not display such branding or get permission. It is useful to note, however, that there is a fair use test involving trademarks, that is, actually, a looser standard than the fair use test for copyright. Expressive works (i.e., a film) enjoy a greater freedom than the “likelihood of confusion” test that is most often applied in the trademark infringement commercial context. The determinative “Rogers[ii] test” provides that in order for an infringement to be found, the use of the trademark must have “no artistic relevance to the underlying work” or “explicitly mislead as to the source” of the work.

Even with this lower threshold, it is not recommended that a filmmaker recklessly include brands in her projects, especially if the brand is the major focus of a shot. The pleasant view from the right side of the law is often obscured by the wrong side of a complaint. Many big companies are quite protective of their branding and have more in their plaintiff frivolous-suit legal budgets than filmmakers have in unpaid private-school art-degree student loans.

Get It in Writing

It is critical to have written agreements with the cast, crew and locations, not only for the typical service contract provisions, but also to make clear that you can use all of the intellectual property discussed above. Every part of the production involves rights that need to be agreed upon in order for the company to have control over the property it plans to create and sell.

Why the Legal Issues Matter

So you’ve completed your movie – let’s show it. Like most businesses, distributors avoid excessive risk where possible. As part of a production company engaging a distributor, the distributor looks for extensive proof that the company has taken all appropriate measures, including through comprehensive written agreements, to secure all rights required to fully exploit and distribute the project.

Distributors want clean title to copyright. Without the right written agreements and steps taken to properly handle all of the intellectual property and other rights involved with a project, any legitimate distribution company will immediately pass on investing their time and money into exploiting the film. Additionally, even if self-distribution is your goal, you still don’t want to end up as the defendant to infringement suits while your film mopes on your digital shelf.

Just because it may be technologically easier than ever to put ideas on screen does not mean a production company (or two cousins) can ignore the many intellectual property and other rights that always have been and still are involved with the process. Where possible, avoid brands and control the audio. Better than having to fix it in post. Remember to get the correct written agreements so that your next home video can get foreign distribution and be adequately pirated in China.

Also, please note, this article does not even touch on the many other important legal considerations that any size production must consider, including, but not limited to, the rights of privacy and publicity that must be respected (especially for those in front of the camera), operating through a filing entity to limit liability (rather than as an individual or general partnership), and compliance with federal and state securities laws even if you’re raising just a small amount of money for production.

Now that you’re aware of the many rights at issue even before you press that little red circle button on your phone and no matter how small the project, you can provide more to this weekend’s family reboot than just the breakfast burritos.