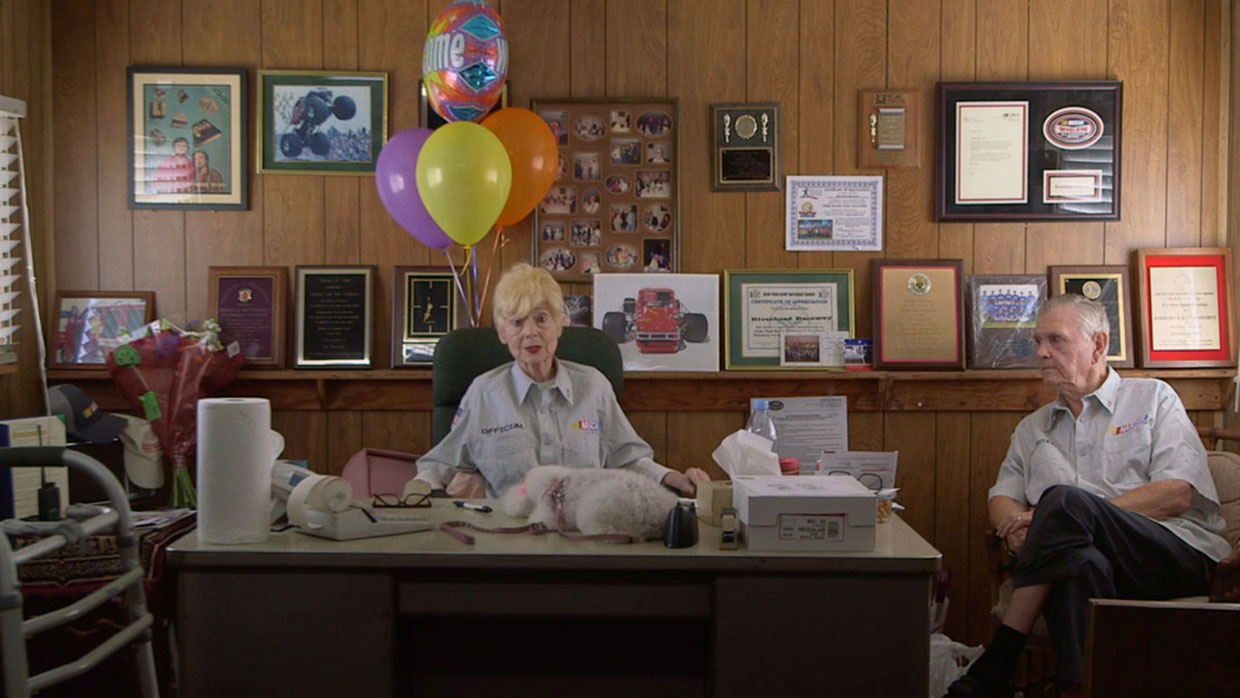 The track where we shot The Last Race was a reflection of the speedway next to my childhood home where I would sneak under the fence to watch races on hot Saturday summer nights. Later, as an adult, I spent years creating still photographs there, and during that time, I lived and breathed the world of its racing community. This was all before production on the documentary started, and over that time, I created a film in my head. I had a story; I had characters, I knew how they would act, the paths that their lives would take, and the images that they would be a part of.

And then production began! Shooting at the race track was unpredictable, loud, hot, and dangerous. I was, of course, shooting a documentary and the chaos of reality pushed, pulled, and ultimately exploded any preconceived ideas I had for what the film would be.

However, when we arrived in the editing room, the same chaos that so often was our enemy during production, brought us gratifying surprises. And once they were embraced, those unexpected moments and turns in our characters’ lives somehow provided a path to a story that captures the essence of the images and emotions that I started with.