Another Screen Launches Streaming Series “For a Free Palestine: Films by Palestinian Women” 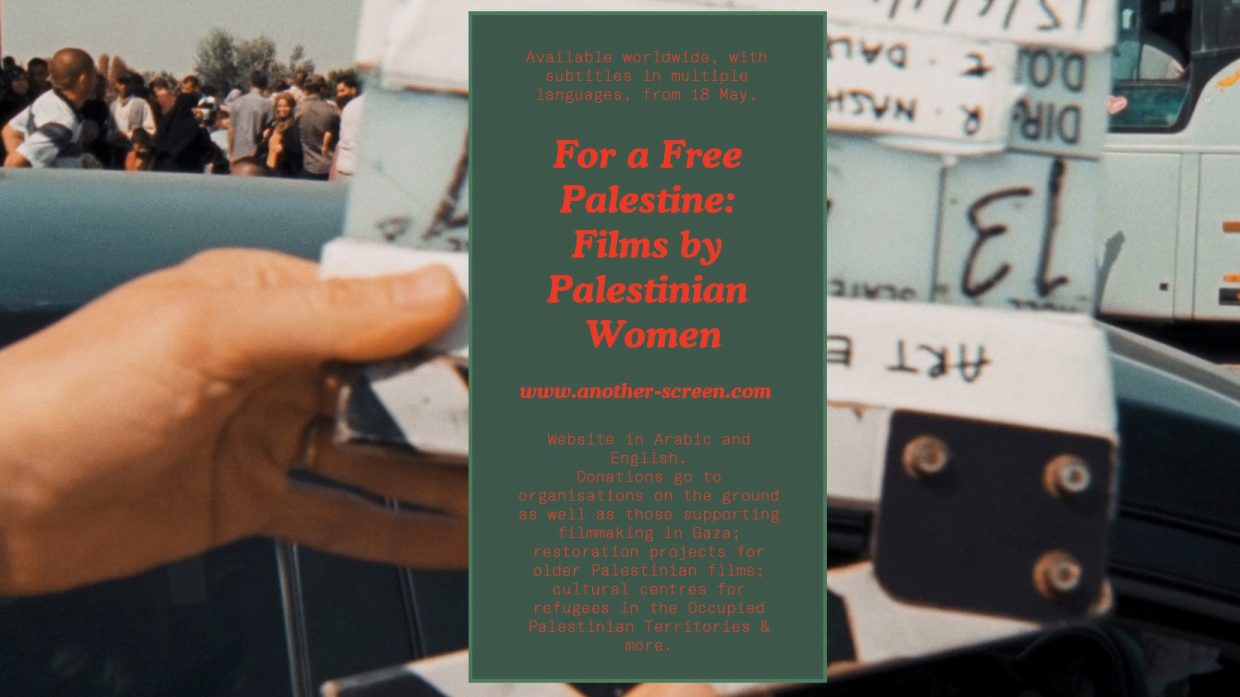 Another Gaze, Another Screen

Another Screen, the streaming arm of feminist film journal Another Gaze, launched today “For a Free Palestine: Films by Palestinian Women.” The films all stream for free worldwide, and donations are encouraged that will go towards “facilitating medical, legal, and infrastructure aid on the ground. Secondary donations go to as supporting filmmaking in Gaza; restoration projects of older Palestinian films; cultural centers for refugees in the Occupied Palestinian Territories and more.”

Already on the site are films by Jumana Manna, Basma Alsharif, Rosalind Nashashibi, Razan AlSalah, Mahasen Nasser-Eldin, and Larissa Sansour, and to be posted in the next few days are works by Emily Jacir, Mona Benyamin, Lokman Slim/Monika Borgmann, Pary El-Qalqili, Layaly Badr, Shuruq Harb and Mai Masri. The work is diverse, ranging from the critical science fiction of Larissa Sansour (A Space Exodus, which uses “an adapted stretch” of Stanley Kubrick’s 2001 to “posit the idea of a first Palestinian into space”) to the experimental work of Razan AlSalah. In AlSalah’s Your Father Was Born A 100 Years Old, And So Was The Nakba, the filmmaker uses Google Street View images to imagine the journey of a Palestinian refugee through cyberspace. Writes RIDM’s Charlotte Selb, “The old woman’s soul wanders in vain through cyberspace in search of her house, probably demolished after the Nakba, and for her son Ameen, imagined as a little boy from another time. Over the images, which distort and pixilate as the network connection cuts in and out, are superimposed images of the trauma of forced relocation.”

The series runs for a month in English and Arabic, with new films being added regularly. Additional subtitles — Portuguese, Spanish, French, Indonesian and Korean — will be added to the majority of the films.