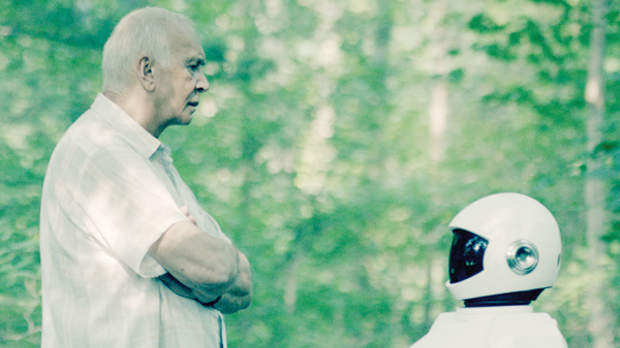 by Farihah Zaman
in Filmmaking, Financing, Interviews
on Sep 5, 2012

The Alfred P. Sloan Foundation was created in 1934 by the then head of General Motors to bestow grants related to science, technology, and economics, and to make these subjects more appealing to the general public. Part of a shift towards doing so via the arts can be attributed to Doron Weber, who runs the Public Understanding of Science and Technology program. Weber introduced the concept of providing sometimes sizable grants to narrative films, dealing with science or the science community, over a decade ago, when the idea was relatively novel and returns were a total question mark due the time it takes for a film to go from script to screen. It seems as though the Sloan is finally starting to see those concrete returns, as well as a higher profile in the film community, as a result of completed projects like Robot & Frank [above] and Valley of Saints (both of which premiered at Sundance earlier this year), and partnerships with organizations like Tribeca, Sundance, Hamptons, and Film Independent, as well as a slew of universities. The program both provides funding for filmmakers interested in science and an incentive for those who otherwise might not have been.

I paid a visit to the Sloan headquarters in NYC to speak with Weber about the development of the program, film as the confluence of art and technology, and what makes for a meaningful portrayal of science on film. For more information on the Sloan and to apply for a film grant, visit their website. The deadline for the Sundance/Sloan Commissioning Grant & Fellowship is September 7, and more info can be found here.

Filmmaker: What is the goal of the Public Understanding of Science and Technology program?

Weber: It’s not an effort to get more people to go into science, as some believe, it’s really aimed at the 98% of the public who are not scientists or engineers and are never going to become scientists or engineers, to give them a better understanding and appreciation of science and technology, which the environment we live in really hinges on. The second part is to put a human face on the enterprise of science and technology and get to know the men and women who are involved so you don’t think of it as some abstract thing done by strangers in white lab coats or aliens that have landed on earth. Science and technology is a human-centered activity and people sometimes lose sight of that.

Filmmaker: How has the film program in particular worked within that rubric?

Weber: It’s been reasonably effective, up until recently more in theater, but I think film is beginning to come on. It takes, as you know, years for a film to get made. Robot & Frank was awarded a Student Production Grant in 2003 for $20,000. It’s now 2012 and now they’ve finally released a feature film for over three million dollars with Frank Langella, Susan Sarandon, Liv Tyler — an all-star cast. Then Valley of Saints, that received a $100,000 First Feature Grant, then we awarded a follow-up grant to them through Film Independent. Those two films premiered at Sundance and we had two other Sloan-supported films come out this year; Future Weather and Whaling City, so this was a bumper crop for us, and I’m hoping we can keep them coming. We’ve got a dozen films in the pipeline but as you know it’s like a crapshoot as to who is going to get across that finish line. 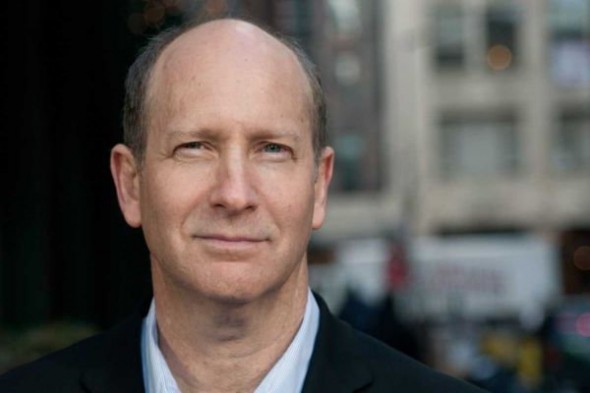 Filmmaker: Do you find that applicants interested in science usually require a big budget, because they want the most cutting edge technology, or a small one, because they are innovative?

Weber: Both. The First Feature Grant budgets have to be lower because they have to shoot within eighteen months of receiving the grant, but we also get a lot of big budget screenplays. One of my points about this program all along has been that we were doing something new that hadn’t been done before so the template didn’t exist. My challenge to the film students and filmmakers was, “show us.” There may be things that you can come up with that we haven’t even thought of. Science and technology are such infinitely rich subjects. People think of them as really narrow but they’re not. A good example just in the last year, in commercial film, would be The Social Network. We had nothing to do with it but that would have qualified for us, and that’s a fun movie.

Filmmaker: What would make that movie qualify for a Sloan grant?

Weber: Well it’s Facebook, so it’s about a technology, about social networking, about how you start a company and build it from the ground up. I mean, it’s completely up our alley on every level, from the days when he’s actually trying to develop the infrastructure and the technology to how he gets financing. So that was total Sloan. I’m just giving an example of a mainstream film, to show there are more interesting ways to get at our mandate rather than just the standard biopic. Though, you know, everyone takes shots at the biopic but then some of the greatest movies ever made, like Citizen Kane, are biopics and they’re popular and people respond to them because they’re stories of individuals.

Filmmaker: Are you looking for “stories of individuals” that break the stereotypical portrayals of scientists?

Weber: I think we’re certainly trying to make scientists more human and show that they have personal lives, and to reflect science in all its manifestations. So, for example, you can do an evil scientist, but don’t give us the cliché evil scientist. Give us a realistic portrait of someone who may have done something bad. The idea is to get at the psychologically real and credible so people can believe in them. I read all the scripts and am very open-minded but of course you don’t want something that is just viciously anti-scientist, but the opposite is true too, something that is just sentimentally pro-scientist is not going to work as a film, it’s just not going to be believable. To me it’s a bonus if there is a scientist who is likable or did good, but ultimately it’s a film program it’s not a science program. We just want to increase the number of films depicting scientists, and give a greater comfort to students and filmmakers and screenwriters about the idea that science can be great material.

Filmmaker: If you receive a submission that presents a great story but flawed science, will you still consider awarding a grant?

Weber: If it’s science fiction, the answer is no. But if the story’s good, they just need to get the science right, we’ll hook them up with an advisor. The guys who did Valley of Saints, one of the things they said to me was, “Well, we put in the science thing because we wanted to get your grant,” which is fine. I have no problem with that because that’s what we do, we offer an incentive, a lucrative reward for including science in your script. Then they said that as they were working they realized the science had become much more central. Initially, they just threw it in to get the grant, and then they realized that it was really the heart of the film. Of course, we love hearing that, and I think that more often than not, the science can actually help you go deeper into your story. It opens worlds up.

Filmmaker: You only support documentary films through the television program. Why do you think it’s important to focus on narrative only for the film program?

Weber: Science documentaries had already been flourishing, and also can be more overtly didactic, because they want to teach you about this subject or that subject. The point of focusing on narrative was to show that science films can be entertaining. Narrative movies can stimulate curiosity and interest but if you weight them down with too much factual information, they’ll sink. In most cases, we want to give people the pleasure that they get from watching good storytelling, and let’s say the culture  of mathematics that you can learn from A Beautiful Mind, or a movie like Proof, where there is very little actual math but you feel like that’s how people who do math talk and deal with problems.

Filmmaker: Considering film is a confluence of art and technology, to what extent do you encourage innovation in terms of form rather than content?

Weber: The answer to date has been very little; we’ve emphasized science and technology as content rather than form. You’re completely right, film is an amazing technology, and often people come to us thinking it’s the part that we’re interested in. It hasn’t been a focus because we see the program as a way of using film to mainstream science and technology. Film is a language that everyone understands, everyone speaks film, so it can bring science into the conversation. However I think as we go on we may try to pay attention to form, but it would be a different thing, dealing with experimental film and transmedia. We reserve the right to evolve.