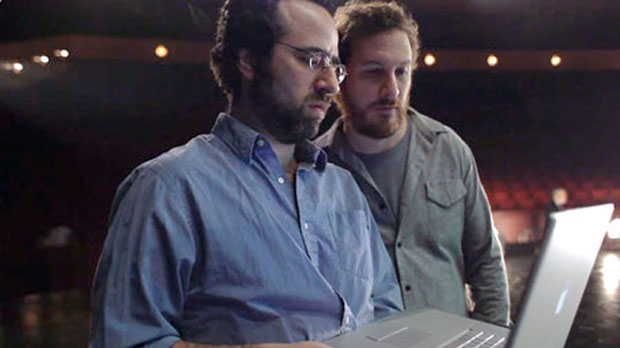 by Heather von Rohr
in Filmmaking, Post-Production
on Feb 27, 2013

Thelma Schoonmaker and Martin Scorsese. Walter Murch and Francis Ford Coppola. Tim Squyres and Ang Lee. For many an editor, these longtime creative partnerships represent the most alluring and elusive of career ideals. For editor Andrew Weisblum, that ideal is well on the way to becoming a reality — twice over. Since 2007, Weisblum has cut all of both Wes Anderson’s and Darren Aronofsky’s feature films, ranging in style from the witty charm of Fantastic Mr. Fox to the demented psychodrama of Black Swan (for which Weisblum was Oscar nominated). Kicking off this year’s Manhattan Edit Workshop series “Inside the Cutting Room With Bobbie O’Steen” with an evening of clips and conversation last week, Weisblum reflected on his collaborations with these dramatically different directors. It was a study in opposites that proved again and again that it’s story, not style, that makes the editor.

Weisblum began his editing career in the early 90s, as an assistant. Though he worked on films by name directors like John Waters, Allison Anders, and Brian de Palma, he says he “was not moving up the ladder to being an editor.” While assisting on Rob Marshall’s Chicago (2002), he became, “by default,” the visual effects editor. That lead to his first project with Aronofsky, creating vfx for The Fountain, and the following year he cut his first Wes Anderson movie, The Darjeeling Limited. Weisblum says as an editor vfx continue to play a big role in his work — “In the back of my head I’m thinking maybe there’s a way to clean that up or cheat it, or push a scene a little further with a visual effect” — but he emphasizes that effects have to be organic to the story, and ultimately they are “just a tool like anything else.”

Comparing his partnerships with Aronofsky and Anderson, Weisblum says both men are open and trusting collaborators, but the similarities between their directorial styles end there. Aronofsky likes loose, vérité shooting, but has a sometimes rigid allegiance to the rules of classic Hollywood filmmaking; Anderson plans and choreographs his shots meticulously, but “there’s no rule book, it’s just what he likes.” In the editing room, Aronofsky knows exactly what he wants, but for the first cut offers “almost no direction,” to see what Weisblum will bring to the conversation, while Anderson dictates the first assembly according to how he envisions it — “once he sees that version, the floor is open.” As Weisblum discussed key scenes from both men’s films that were significantly altered or reconceived during the editing process, it became clear that what anchors him as he moves from one director to the other is a deep, intuitive grounding in character and storytelling. 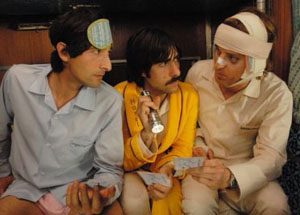 There is a scene late in The Darjeeling Limited when the three brothers, who have been traveling in India, find the object of their quest: their mother (Anjelica Huston), now a nun. In the script, the sons confront her for taking off after their father’s death (and before his funeral), and the mother launches into a cathartic monologue. In the edit room, Weisblum and Anderson went through numerous versions of the scene, struggling with the sudden introduction of this “fully fleshed out character.” Weisblum felt it was a case where “certain questions about a character are better not answered.” In the end, they cut Huston’s monologue, and the emotional release that came with it, keeping audience identification with the sons and creating an affecting uneasiness in the presence of this ever-elusive mother (sure enough, she’s gone the next day).

Sometimes a change to a single scene or sequence radically affects the larger arc of the narrative. Black Swan— Aronofsky’s 2010 psychological thriller about a dancer (Natalie Portman) descending into mental illness — provided a dramatic example of this. A guiding principle for Weisblum in constructing the “trajectory of her madness” was to “keep up tension, not give her any release or relief” — but as it was written and shot, a scene early in the film undermined this approach. After blowing an audition for the dual leads (the White Swan and the Black Swan) in Swan Lake, Portman’s character returns home and successfully attempts a difficult move from the piece, the “32 fouettes tournants.” Later she goes to the director to tell him she did it, and ask for the part. Weisblum ingeniously recut the scene so that she attempts the move, but fails: “It was more ‘Black Swan’ that she would go home and not be able to do it and go in [to the director] and lie.” This change had a ripple effect throughout the rest of the film, creating a throughline of tension that only finds release at the end, when she successfully completes the 32 fouettes tournant on stage — then (at least in her own mind) dies the death of the White Swan, achieving ultimate perfection. 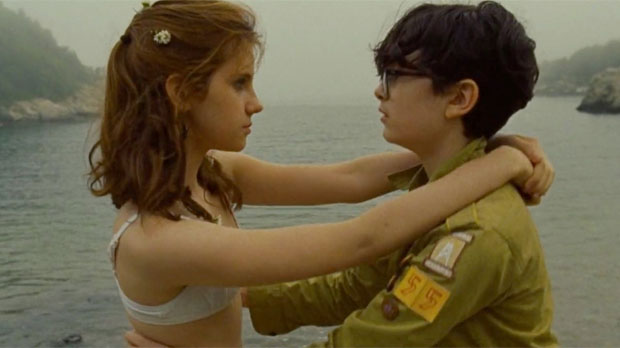 Anderson’s Moonrise Kingdom is a love story, but convincing the audience that the 12-year-old protagonists were, in fact, falling in love was a challenge. Weisblum says of the young leads, “My impression is that they didn’t have any particular interest in each other.” He carefully sculpted their performances in the edit, piecing together audio from multiple takes (including recorded rehearsals), and using music and visual stylistics to heighten the feeling. In one scene, standing at the edge of the lake where they are camped out, the young runaways play a French pop song on a toy record player, dance in their underwear, and have their first kiss. Anderson had planned to let the scene play out awkwardly in a master shot, but it wasn’t working, so the camera crew “ran around handheld,” getting close-ups and shots from every which way. In the end, Weisblum says, he used “every angle to shape it…and two thirds of the dialogue is not from the day.” His thinking in the editing room was, “It’s this incredibly strange, crazy scene, so let’s just embrace how bizarre it is.” The result is a surreal set piece that plays like a lost flashback from Pierrot le Fou, and captures all the discomfort and tenderness of first love.

Weisblum is currently in post-production on Aronofsky’s Biblical epic, Noah.