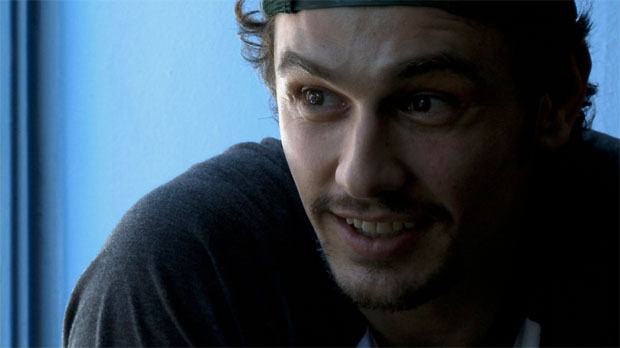 by Nick Dawson
in Filmmaking, Screenwriting
on Mar 14, 2013

Last year, in order to spotlight the talents emerging from NYU’s graduate film program, students Ash Bhalla and Shandor Garrison created the Purple List, the university’s answer to the Blacklist. The notable success of the 2012 Purple List was Shaka King’s stoner comedy Newlyweeds, which premiered this January at Sundance and was picked up for distribution by Phase 4 Films.

The 2013 list was announced this morning, and was chosen by a panel of judges including Sundance Labs’ Rachel Chanoff, IFP’s Amy Dotson, actor Peter Dinklage, filmmaker Karyn Kusama and cinematographer Andrij Parekh.

The scripts honored by the 2013 Purple List are Arrow, by Emily Carmichael; The Adderall Diaries by Pamela Romanowsky; Out There by Jennifer Suhr; Those People by Joey Kuhn and Grainne Belluomo; Manos Sucias by Joe Wladyka and Alan Blanco; Disposable Lovers by Desiree Akhavan; and Yosemite by Gabrielle Demeestere.

Disposable Lovers is due to become the first feature by 2012 “25 New Faces” alum Desiree Akhavan, co-creator of the web series The Slope, and two of the projects above are connected to the ever-busy James Franco, an adjunct professor at NYU, as well as a Tisch grad himself.

“The students are in grad school, so they’re obviously accomplished, but they still have the purity of film artists and the eagerness to explore with one end in mind: to make the best art,” said James Franco. Yosemite is derived from a short story by Franco, while the prolific actor turned multi-hyphenate is also attached to an adaptation of Stephen Elliott’s memoir The Adderall Diaries. Franco continued, “The Adderall Diaries is a project I’ve been championing for years, and I turned to my NYU collaborators to help me put it together.”

“Most importantly, the Purple List gives talented filmmakers a crucial opportunity to rise above the noise and receive the support they need to get their films made,” added Franco.

Writer and Adderall enthusiast Stephen Elliott reaches a low point when his estranged father resurfaces, claiming that Stephen has fabricated much of the dark childhood that that fuels his writing. Adrift in the precarious grey area of memory, Stephen has to navigate the unstable terrain of truth and identity, led by two sources of inspiration: a new romance, and a murder trial that reminds him more than a little of his own story.

Five years ago, three unlikely heroes banded together to secure the fate of their world, which is much like our world but has significantly more talking reptiles. Today, the three heroes are struggling to adjust to everyday life in alternate-reality Brooklyn. The two timelines interweave, mixing sci-fi action with a relationship-driven narrative that turns the conventions both genres inside-out.

Shirin’s a Brooklyn-based, bisexual child of Iranian immigrants who can’t find her niche. After being dumped by her (secret) girlfriend, she embarks on a journey to rebuild her life and win back her ex.

A desperate fisherman and a naive kid embark on a dangerous journey trafficking drugs up the Pacific coast of Colombia.  Hidden beneath the waves, they tow a narco torpedo filled with millions of dollars worth of cocaine. Together, they must brave the war-torn region while navigating the growing tension between them.

OUT THERE by Jennifer Cho Suhr – DRAMA

When his deadbeat father takes off, 16-year-old Collum hits the road with his UFO-obsessed half brother to find his long lost mother.

On Manhattan’s gilded Upper East Side, a young painter, Charlie, finds the man of his dreams in a charming older pianist from across the globe. If only Charlie weren’t secretly in love with his manipulative best friend, Sebastian, who is embroiled in a financial scandal.

It’s the fall of 1985. The intertwining tales of three friends unfold in the suburban paradise of Palo Alto, as the specter of a killer mountain lion looms over the community.

CHRIS, 10, encounters a dead body up close; his classmate JOE escapes the aftermath of his little brother’s passing through the pages of Spiderman; TED, 10, battles his imaginary demons… and the mountain lion.