Phie Ambo on Free the Mind 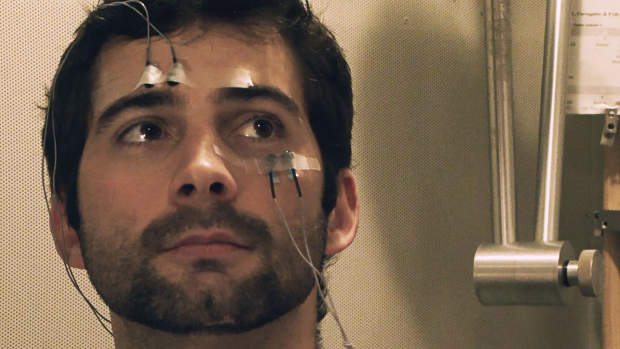 by Lauren Wissot
in Directors, Interviews
on May 1, 2013

Phie Ambo’s Free the Mind was one of my favorite flicks at this past International Documentary Film Festival Amsterdam, so I was thrilled to learn it would finally reach these American shores via a premiere at the Rubin Museum of Art in NYC on May 3rd. (And hopefully roll out nationwide if the filmmakers’ Indiegogo financing effort – which includes a photo op with the Dalai Lama as a reward – goes according to plan.) And I was even more excited to have the chance to speak with the Danish documentarian herself, whose film about University of Wisconsin professor Richard Davidson (named to Time magazine’s 2006 list of the 100 most influential people in the world), and his use of meditation and other mindfulness techniques to treat everyone from PTSD suffering soldiers to an ADHD affected preschooler, yields astonishing on-camera, real-world results.

Filmmmaker: Could you talk a bit about the genesis of the project? How did you first learn of Richard Davidson and his work?

Ambo: I met Richie in Massachusetts when I was scouting for the right scientist for the film in 2008. He was giving a speech on his latest findings in his meditation research and he talked about the experiments in a very vivid and playful way, which I really liked. But more importantly I felt that he was genuinely curious about the effects of meditation. He is not trying to prove something specific with his research – he is actually open to exploring all aspects of meditation, and he’s conducting his experiments in a rigorous scientific way. I had read about a lot of meditation research that was based on self report and I really think that self report is a very unreliable measurement so I was looking for a scientist who was using all the tools of modern science to study the effects of meditation. Richie was that exact scientist!

Filmmaker: One of the scenes I found most impressive was when you followed the PTSD-affected soldier who dropped out of the program. I think it actually made the case for the mindfulness movement much stronger. I mean, the results seem too good to be true, so if this was presented to us as a one-size-fits-all solution (which is the pharmaceutical companies’ marketing plan for their products) then skeptics like me would have been wondering what all was being left on the cutting room floor. The fact that the results are so startling for those who commit to the treatment – and that not everyone is able to do so – makes mindfulness appear a realistic and credible solution to some truly debilitating psychological problems. Were you conscious of this during the editing process?

Ambo: I think it’s important to show exactly what you’re saying, that one size does not fit all. Meditation is not going to work for everyone, and it’s just as interesting for me as a filmmaker to tell the story about the vet who does not fit into the program – he is just as legitimate as the vets who complete the program. In my view he does not fail to complete the program – he makes a conscious choice and decides that this is not for him. I was very surprised that only one of the participants made this choice because it’s really two opposite worlds that meet here – the contemplative and that of the army. I was very impressed with the courage and openness that the veterans showed by signing up for the breathing program but even more surprised to see how they transformed themselves over the week long intervention. 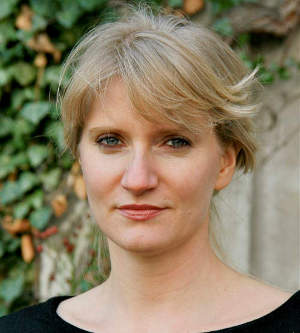 Filmmaker: “The film the pharmaceutical industry doesn’t want you to see!” is the tagline I suggested when I included Free the Mind in my International Documentary Film Festival Amsterdam 2012 coverage for this magazine. Are you aware of any suppression or discrediting of mindfulness programs, especially in the U.S. where the Big Pharma lobby wields such incredible influence? If so, did you ever consider incorporating that aspect into the film?

Ambo: I am not against pharmaceuticals per se – I just don’t think that it’s the answer to everything, especially for some kinds of anxiety and depression. There are lots of very convincing experiments that show a huge effect of meditation on these states of mind. Years ago I was struck by panic attacks and at that time medication was the only treatment I was offered. I intuitively knew that I needed to try something different and that was when I started my own meditation practice which has been a very important part of my life ever since.

Filmmaker: Your prior doc Mechanical Love dealt with the relationship between robots and humans. And I was surprised to learn that you have a degree in math. Do you feel this background influences your choice of (often scientific) subject matter?

Ambo: I don’t have a degree in math other than high school – I am really a film director from the National Danish Film school by education.

Filmmaker: I interviewed your Danish Documentary production company partner Eva Mulvad back when her riveting The Good Life played Tribeca Film Festival 2011, and also Nicolas Winding Refn, subject of your doc Gambler, right before his stunning and underrated Valhalla Rising opened theatrically in NYC. The Danish filmmaking scene in general is so fertile (you’ve also got Mads Brugger, and von Trier and Vinterberg, of course). So whenever I have the opportunity to speak with Danish directors, I always ask if they have any theories as to why such a wealth of talent is springing from the home country these days. Any guesses?

Ambo: I think that part of the reason why we have a very fertile film environment in Denmark is that we have great ways to finance our films through the Danish Film Institute. We have one of the world’s best support systems because it protects the director’s artistic vision and gives us the final cut and full creative power. It’s a very important factor that the director can control the film creatively. It makes it possible to take risks that would not necessarily be taken if the production company were in charge of the artistic vision.