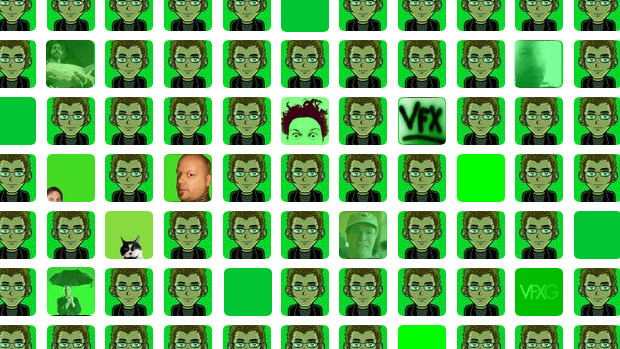 by Michael Murie
in Filmmaking, Interviews, Post-Production
on May 17, 2013

Over the past few months it’s been hard to miss the green icons showing up on Twitter and other social media in support of the FX Protest, an event that happened at this year’s Oscar ceremony to protest ongoing problems in the VFX industry. While movies continue to make great use of visual effects, the companies that create these effects are being financially stressed and are going out of business.

To find out more about what’s been going on in the VFX industry, we spoke to Michael Scott, a VFX compositor who has been working in the industry for the last six years.

Filmmaker: How did you get involved in VFX?
Scott: I’m interested in making my own films and telling my own stories and I’ve always been interested in sci-fi and fantasy. I started learning the various tricks and eventually got to the point where everyone I knew was a visual effects artist and I wound up very much in that community.

Filmmaker: What exactly is going on in the VFX industry in L.A.?
Scott: Well, it’s not just L.A. It’s a worldwide issue that the visual effects industry is in trouble. The budgets and schedules are getting tighter, while the demands are ever increasing on these films and on the companies that are delivering this kind of product.

This all came to a head because of Life of Pi, although that’s not the only film where this is an issue. Life of Pi is about a kid at sea in a lifeboat with a tiger, and they had a kid in a lifeboat but they had no sea, they had no sky, they had no tiger. It was all created in visual effects. That movie won an Oscar for best visual effects while at the same time the company responsible for essentially producing the film after the fact, Rhythm & Hues, has filed for bankruptcy.

Filmmaker: Whose fault is that?
Scott: There’s plenty of blame to go around if you want to start pointing fingers. Digital Domain is having difficulties, a bunch of smaller shops have closed in the last couple of years. The studios are demanding more and more and more, but giving less and less and less in terms of time and money.

None of the visual effects companies are willing to say no to that. All of them are allowing this race to the bottom. You’ve got studios saying, “If you say no to us, we’re going to go to the next guy down the street.” And the companies take it because even though they’re not going to cover all their costs, they’ll take a much heavier loss by not getting any work at all. 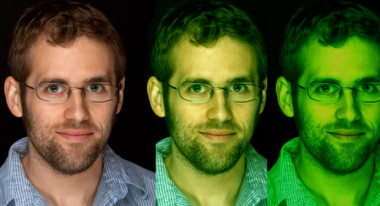 Filmmaker: You mentioned the protest at the Oscars. What precipitated that?
Scott: This problem has been going on for a while, but there’s never been an extremely high-profile situation that could be leveraged. In this case, the Oscars are a big deal, everyone who’s interested in movies pays attention to them and here’s a movie that was getting a ton of Oscar buzz and all indications were that it was going to win the night for visual effects.

It was called the FX Protest; that was the hashtag that was used. It wasn’t protesting the Oscar going to Life of Pi, everyone was fine with that; in fact, that was almost the ideal situation to underline the disparity between what’s being achieved and what’s being paid back to the people that achieved it.

There’s a Tumblr page called Before VFX that shows the pre-visual effects frames from various movies and it makes the point that it’s not just movies like Transformers. If you liked Lincoln, that movie cannot get made without visual effects. If you like Amour, they shot it in a set with a green screen out the window because it was cheaper to do it that way than actually find a location.

Visual effects are part of every movie, but they aren’t getting the respect that they deserve.

Filmmaker: Who organized the protest?
Scott: I think it was a tweet by Scott Ross saying it was a great opportunity and he did a little riff on “I have a dream of 500 visual effects artists marching in front of the Oscars.” A lot of visual effects artists who had been following the situation said, “Yeah, that’s a great idea,” and I’m fairly certain it was Dave Rand who took the bull by the horns and said, “Here’s what we are going to do and this is where we are going to meet, etc. etc.”

Scott Ross @DrScottRoss
I had a dream, 500 VFX artists near the Dolby (Kodak) theater on Oscar day waving signs that say ” I WANT A PIECE OF THE PI TOO”.

Filmmaker: What’s the VES?
Scott: The VES is the Visual Effects Society. It’s charter is as an honorary society, so it’s very much like the ASC, the American Society of Cinematographers.

Filmmaker: Has it been involved in what’s going on?
Scott: They’ve made it clear that under their charter they can’t really get involved. They can’t become a union.

I think a lot of visual effects artists, myself included, have started to become frustrated with them because they continue to speak out about the situation as though they are taking the lead in it, but they ultimately don’t appear to be capable.

Apparently he was misquoted, but there was a quote in Variety from Jeff Okun, chair of VES board, where it sounded like he was very down on the VFX protestors, saying, “Well it was poorly organized.” A lot of people were very angry about that because they felt it may not have been a perfectly organized event, but at least something happened.

Filmmaker: Do you think there should be a union?
Scott: I think that’s probably the wisest step. I don’t know of a better solution, I’ll put it that way.

There’s been a push to get people to sign union rep cards for their work places and to organize, but it’s very tricky because while that process is anonymous some people are afraid to expose themselves in that way to their employer. Of course a lot of their employers are aware of what’s going on, on Twitter and Facebook.

Filmmaker: Aren’t a lot of other film jobs already covered by unions?
Scott: Almost all of them I would say.

There’s an impression that visual effects is just this thing that exists in the digital cloud and if there’s a union then it’ll be too expensive to hire in California, we’ll just send it to India, we’ll send it to China.

Filmmaker: Would the quickest way to get to a union to become part of an existing one?
Scott: That’s correct and a push that’s been going on has been to join the Animation Guild, which is covered by IATSE in the United States. There’s a website called VFXUnion.info that has the information for local territories other than the United States, so there’s information on how to get involved with a union in the United States and Canada and New Zealand and England, etc.

Filmmaker: But companies are sending animation overseas?
Scott: Sure. When work is sent overseas, it’s out of the jurisdiction of the union. The purpose of a union ultimately is that there are certain rules that have to be abided by in terms of overtime and wage minimums.

The ideal would be to have similar rules around the world to level the playing field.

One of the reasons that these outsourcing locations are so attractive is that the labor conditions are kind of terrible. It’s essentially sweatshop labor making these movies.

Filmmaker: You said on Twitter that outsourcing comparisons to auto and textile industries are flawed. That VFX is not mass-produced. I’m not too sure that is a flawed comparison.
Scott: I think my point was that it’s not an assembly line type of work, it’s not like we’re making 1,000 widgets. Every single one of them is unique and every one of them takes work and skill to work with and in a lot of cases you want to have the immediate interaction and really be able to turn it around quickly.

I agree with you that there’s a huge mistake to be learned from other industries in thinking, “They can’t do my job somewhere else.” Well, of course, they can.

Filmmaker: What do you think the long-term outlook is?
Scott: Even though there is momentum and it’s very promising, a lot of people, myself included, are still thinking in terms of an exit plan. My goal has always been to move into writing and directing and producing. But most of my friends are visual effects artists and it’s very important to me on a number of levels that this continues and to see that this aspect of our industry isn’t completely destroyed.