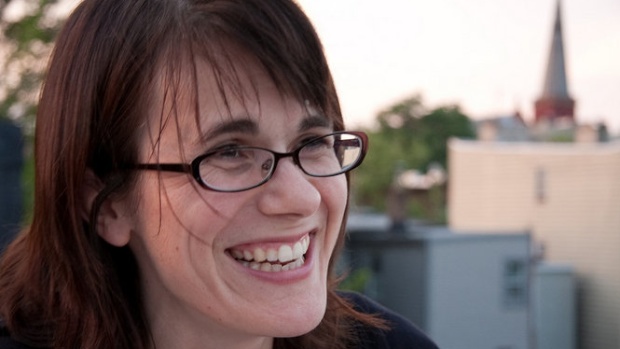 by Scott Macaulay
in Filmmaking, Post-Production
on Aug 6, 2013

The Karen Schmeer Film Editing Fellowship has announced an Open Call for its 2014 Fellow. In addition to a cash award of $1,000, the Fellowship provides an emerging documentary film editor with mentorship and support from both an established editor as well as a number of film organizations, including Manhattan Edit Workshop and SXSW.

The Fellowship honors the career and life of Karen Schmeer, an acclaimed editor who worked on a number of classic films, including many by Errol Morris. She was struck and killed by a car fleeing a robbery on the Upper West Side of New York City in 2010.

The Karen Schmeer Film Editing Fellowship is now accepting applications. The deadline for receipt of applications is September 30, 2013.

NEW YORK – The Karen Schmeer Film Editing Fellowship assists emerging documentary editors by supporting and developing their talent, expanding their creative community, and furthering their career aspirations. In conjunction with American Cinema Editors (ACE) and other partners, the Fellowship, in its fourth year, offers a wide array of opportunities. The Fellowship is targeted at documentary editors; fiction experience is welcome, though not required.

The 2013 Fellow is Jim Hession (Emmy nominee for “Marina Abramovic: The Artist is Present”). Past Fellows were Lindsay Utz (“Bully”), and Erin Casper (“American Promise,” “Our School”).

Awarded once a year, the Fellowship honors the memory of gifted editor Karen Schmeer (“Fog of War”; “Fast, Cheap & Out of Control”; “Bobby Fischer Against the World”), who was killed in a hit-and-run car accident at age 39, on January 29, 2010.

OPEN CALL FOR SUBMISSIONS — the Fellowship will accept applications now through September 30, 2013. The Fellow will be notified in January 2014. More details about the Fellowship and application requirements/forms can be found online: www.karenschmeer.com

The 2014 Fellowship benefits include:

• ACE EDITOR MENTORSHIP — with guidance from American Cinema Editors, the Fellow will be given a mentorship with an established ACE editor who fits the Fellow’s particular interests.

• TRAVEL EXPENSES / ACCOMMODATIONS — the fellow will be provided with 3 nights hotel, airfare and per diem to two of the events/classes above, based on the fellow’s preference

KAREN SCHMEER, A.C.E., was an award-winning film editor whose work included Errol Morris’ “The Fog of War” (Academy Award Winner for Best Documentary), “Mr. Death,” and “Fast, Cheap and Out of Control.” She edited “Sketches of Frank Gehry,” directed by Sydney Pollack, “The Same River Twice,” “My Father the Genius,” and “American Experience: A Brilliant Madness.” Her fiction film “American Son” premiered at the 2008 Sundance Film Festival. For the HBO film “Sergio,” Karen won the Best Editing Award at Sundance in 2009. Karen was born and raised in Portland, Oregon, and attended Boston University. On her way home from editing Liz Garbus’ “Bobby Fischer Against the World,” Karen was struck and killed by a car fleeing a robbery in New York City on January 29, 2010.

AMERICAN CINEMA EDITORS (ACE) is an honorary association of professional film editors that celebrates & promotes the art of editing. Editors are included on the basis of professional achievement, dedication to educating others, and commitment to the craft of editing. www.ace-filmeditors.org