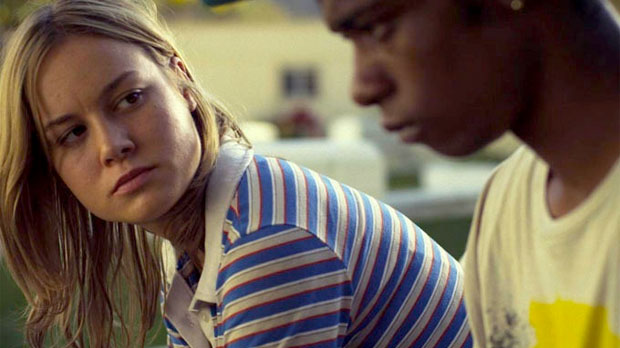 The Leiden International Film Festival, the fastest growing film festival in the Netherlands, is today exclusively announcing via Filmmaker the inaugural year of its American Indie Competition, which features an incredibly robust slate of U.S. independent fare from the past 12 months. The lineup includes a number of films from “25 New Faces” alumni  including David Lowery’s Ain’t Them Bodies Saints, Ryan Coogler’s Fruitvale Station, Andrew Bujalski’s Computer Chess and Destin Cretton’s Short Term 12.

In a press release, the festival stated, “Leiden functioning as a gateway to Europe is fortified by its historical connection with the United States. Before sailing off to the promised land, the Pilgrim Fathers resided in Leiden for eleven years. Regarding this bond, it seems only right that Leiden will play host to these American films.”

The list of the films in the American Indie Competition are listed in full below. Many of the directors are scheduled to attend the festival to participate in Q&As.

Ain’t Them Bodies Saints
DAVID LOWERY
Notorious outlaw Bob Muldoon (Casey Affleck) escapes prison, unable to be separated from his wife Ruth (Rooney Mara) and daughter. He undertakes a dangerous journey across the Texas hills to be reunited with them. Affleck and Mara deliver strong performances in this atmospheric film that will capture you and drag you down into a tragic love story.

Bluebird
LANCE EDMANDS
One woman’s tragic mistake causes the disruption of a small community. School bus driver Lesley is suddenly distracted by a rare bluebird during a bus examination, resulting in a lot of shocking consequences. Many storylines show the impact of tragedy on a small town from different perspectives, supported by beautiful cinematography and strong acting achievements of the impressive cast, which includes John Slattery (Mad Men) and Adam Driver (Girls).

C.O.G.
KYLE PATRICK ALVAREZ
An overly confident student decides to start working at a big apple farm on the countryside. Strange, uncomfortable and humorous encounters with (amongst others) Mexican immigrant workers, evangelists and a flirty male colleague make him face with his lifestyle, opinions and prejudices. Looking for himself, he is tossed around between extremes. Unsentimental but sincere, the film is based on an essay by David Sedaris.

Coldwater
VINCENT GRASHAW
Troubled teenager Brad has been left in a juvenile reform facility by his parents, because of his unruliness. He is subjected to Spartan conditions, conducted by retired war colonel Frank Reichert.

Computer Chess
ANDREW BUJALSKI
Can a computer defeat the mastermind of a human chess master? This question is asked by Pat Henderson, director of an annual computer chess tournament. The year is 1980 and from a modest hotel, Computer Chess follows a number of young geniuses attempting to create a chess programme able to defeat the human mind. Once the tournament turns out to coincide with a new age marriage counseling conference, things really start to get weird.

Fruitvale Station
RYAN COOGLER
The haunting, intriguing, true story of Oscar Grant, a 22-year-old San Francisco citizen, living in the Bay Area together with his wife and child. He celebrates New Year’s Eve 2008 in a New York subway station with his family and friends. When he gets involved in a brawl, the odds are against him and the police make a fatal judgmental error.

A Glimpse Inside the Mind of Charles Swan III
ROMAN COPPOLA
Charlie Sheen being Charlie Sheen at his very best. He stars as Charles Swan III, a graphic desginer with a particularly wild imagination and a gigantic fascination for booze and women. He is living an enviable life, until his young girlfriend breaks up with him and Charles has to cope with a broken heart. An unconventional, quirky film that owes a lot stylistically to Wes Anderson, a close friend of director Roman Coppola (son and brother of Francis Ford and Sofia) with pleasant supporting roles for Bill Murray and Jason Schwartzman.

Hide Your Smiling Faces
DANIEL PATRICK CARBONE
After a tragedy that disrupts a small community, two adolescent brothers are confronted with changing relations, the mystery of nature and their own mortality. Hide Your Smiling Faces is an atmospheric exploration of life on the American countryside in the often distorted lens of youth.

Kill Your Darlings
JOHN KROKIDAS
A portrait of the early years of the Beat Generation, set in 1944 at Columbia Unversity in which young Allen Ginsberg (Daniel Radcliffe), Jack Kerouac and Williams Burroughs get involved in the notorious murder of Burroughs’ childhood friend David Kammerer.

Prince Avalanche
DAVID GORDON GREEN
The year is 1988. Lance (Emile Hirsch) and Alvin (Paul Rudd) spend their summer in the Texas woods, where they are doing construction work on the highway. Lance, a hyperactive and randy twenty-something, is bored. Alvin, a serious man in his thirties, enjoys the isolation and nature. A confrontation between these two opposites is imminent and eventually escalates hilariously. Turns out Lance and Alvin might have more in common than initially expected.

The Spectacular Now
JAMES PONSOLDT
Sutter Keely is a charming, cocky high school senior, who enjoys life and is always game for a party. This budding alcoholic is never far away from his flask of whisky until he meets Aimee Finecky. This girl is different: she is sweet, ejoys her science fiction novels and does not have a boyfriend. Whereas he is living in the illusion of the here and now, she does have plans for the future.

Starlet
SEAN BAKER
When beautiful Jane, a breakthrough role for newcomer Dree Hemingway, buys a vase from old woman Sadie (the recently deceased Besedka Johnson, who debuted in this stunnig role), it turns out a large amount of money is hidden inside it. Jane wonders whether she should return the money and tries to become involved in stubborn and distant Sadie’s life. Slowly, an unlikely friendship between these two women is formed.

Sweetwater
LOGAN MILLER, NOAH MILLER
Newlyweds Miguel and Sara struggle to build a life on their little patch of land in the Wild West. However, a bigger challenge arises in the form of preacher Josiah, who has developed a wicked plan to rob them of their land. Once an eccentric sheriff from the big city (Ed Harris) visits their town, the stage is set for a true western revenge plot.

Trust Me
CLARK GREGG
Howard (played by the film’s director Clark Gregg), is a troubled agent for child stars. Being a former child star himself, his young clients keep getting stolen away by his competitors just before their breakthrough. On the verge of despair, he meets thirteen-year-old Lydia: an exceptional talent on the verge of starring in a Twilight-like franchise. They connect immediately, and while Howard keeps busy with angry casting directors, producers and Lydia’s disturbed father, he slowly finds himself doubting the sincerity of his bond with Lydia.

Short Term 12
DESTIN CRETTON
Grace (Brie Larson) works at a shelter for troubled teenagers. She is passionate, strong and determined to help the children. Both the budding love affair with her coworker Mason and the intake of a new girl, Jayden, cause her troubled past to unveil. Together with Marcus she struggles to prepare the kids for leaving the shelter. A hearwarming film that manages to combine the heavy subject with humor.