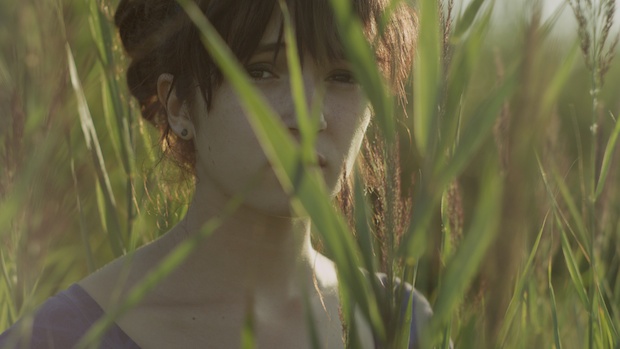 by Sean Porter
in Cinematography, Filmmaking
on Mar 20, 2014

D.P. Sean Porter’s credits include Kumiko, the Treasure Hunter, Eden and, opening on Friday at the IFC Center, Eliza Hittman’s It Felt Like Love. Here he contributes a guest blog post on the latter film, listing the five rules he made for himself that he wound up breaking when shooting this highly recommended micro-budget picture.

1. Use other movies as references in preproduction.

When I sat down to prep It Felt Like Love with Eliza Hittman the first thing we did was talk about movies. It makes sense — it’s the most direct way discuss tone, lighting, framing and style. But you quickly realize every film you’re looking at had a significantly higher budget than yours, a longer shooting schedule, and certainly had something that resembled a crew. I love Lynn Ramsay’s work, especially the films she did with Alwin Küchler, and I really love Ratcatcher. We talked about the compositions, the use of available light and the way they used contrast and palette. I told Eliza it was a good example of what can be achieved with a very low budget. Eliza replied politely, “I don’t think that was a very low budget.” Right.

Ratcatcher was financed for £1.8 million, almost $2.9 million in 1999. Alwin surely had his struggles on that film, but not having a grip & lighting department was probably not one of them. All of a sudden you wonder, is there anything we can point to at this budget level to realistically look at as a reference? Not really. You’re about to do something people really don’t do – I mean they’re out there, and there are more films being made this way every day, but even five years ago you’d have to be a pretty comprehensive cinephile to find one. And even if you did, the chances you’d be able to point to it and say, “Yes! This is the look we want – see it is possible!” are pretty unlikely.

So then you break my first rule – and reference Ratcatcher anyway. Because it’s not about what has or hasn’t been done on your budget. It’s about what you and the director want to do, and it’s up to you two to decide how to get there. It’s about having a visual beacon to guide your decisions – no matter how ludicrous. Maybe it’s shooting a single scene across several days all at the same time to get that perfect dusk lighting you couldn’t afford to create. And you wouldn’t be the first one to do it.

2. Actually shoot the movie by yourself.

There are really good reasons not to try and shoot a movie yourself. The best three I can think of are a 1st a.c., a gaffer and a key grip. These folks are specialists so you don’t have to be. They know every detail of that latest camera build that seemingly changes every week. They know what fixture is going to give you the quality and exposure you need where you need it – even after you’ve changed the blocking on them for the third time. They know how to mount that camera where you pointed your finger. Safely. Without using your personal stash of five-year old gaff tape (which looks weird cause it’s actually 2” paper tape) and C-47s you most recently used to actually hang up clothes.

Filmmaking has depended on the skills of many minds coming together since its inception. Why are you trying to undermine all that? Well, maybe you were handed a script that you simply cannot say no too. I looked back on my “first read” file for It Felt Like Love — quick notes I try to make immediately after finishing a script, no matter how crude, reactionary or flat-out naive. The first line read “I love, love, love it.” I didn’t really have a choice. If the producer had handed me a Fisher Price PixelVision I would have found a way. As an added bonus, working by yourself can help alleviate the “talentless hack” syndrome that can creep into any filmmaker or artist’s psyche.

After working on a film like Eden with a great team and all the gear I asked for, I wondered if I wasn’t just the sum of all those parts – could I really light a film by myself? Could I pull focus by myself? And then still make the day? There’s only one way to find out. And of course do actually get help, even if they aren’t skilled professionals. On It Felt Like Love I had the generous hand of an NYU student to help me manage the camera as well as support from talented friends lighting and gripping on days that were just too much to do on my own.

Several years ago I found myself in a similar situation, working as a “one man band” camera-and-lighting-department for Linas Philips on his film Bass Ackwards. The premise was simple (i.e., crazy) enough – Linas would star and direct, I’d shoot and we’d both run sound. And it would be a road movie with infrequent access to major cities or resources. This was 2008, and we didn’t have 5Ds yet – although I intended to make one. My first idea was to build something with the ergonomics of a Super 8 camera and the image quality of a 35mm camera. I combined parts of a prosumer Canon HD camcorder that recorded to SD cards, a dismantled Nikon still camera using an oversized view pentaprism and diopters to focus on a custom ground glass.

Ultimately the project was a bust. So we set out shooting on an HVX fitted with a Letus 35mm adapter instead. While the images had character, it just wasn’t right, and the rig was ridiculous to manage. I convinced Linas and the producer to beg and plead with one of the very few Red One owners in Seattle to let us run off with his new baby. I had never used one but after just a few hours of testing I knew in my gut it was the right choice. Of course this is when the builds were in the teens, and every new beta was like a new camera. My idea was met with lots of trepidation. “You can’t use this camera without an a.c. department,” or “you can’t use these drives in a moving car,” and “this can’t be used like a doc camera.” I give the director and producer a lot of credit for giving me the go-ahead; we pioneered and ultimately had very few issues.

On Eliza’s film we shot with my Epic (since then I’ve sold it) and my lenses. I didn’t leave as much to chance. I knew what the camera could and couldn’t do. We pushed some boundaries using HDR, which was very new at the time, and which thankfully we didn’t need very often. I took a chance on some new LED fixtures from Mac Tech LED that I had only previously seen at a demo. Your job is to protect the film, never sabotage it, but constantly push as hard as you can to get the images that are in your head.

Know what you’re up against and plan for it. Make sure everyone is on the same page and making the same movie. Not every script can (or should) be shot with mostly available light and focused by the operator. And if it’s a no-budget film, and you are your own crew, chances are you don’t have a 45-day shooting schedule. So, don’t leave much to chance. Get the a.d., director and producer on-board with TOD (time of day) scheduling. If used correctly, it will be your strongest ally; if misused or ignored, it will be your worst enemy. Eliza and I had a big day in front of us at Coney Island. Lots of setups – everything from shooting inside a cage at the top of a Ferris wheel to long tracking shots on a crowded pier, all without a permit and all really wanting to be shot in the late afternoon. We got to set at around noon and the producer was anxious, rightly, to get going. “I can’t shoot this right now,” I said, with the un-obstructed sun directly above us. Instead we let the actors hang out on the beach, and Eliza and I walked through every set up several times over, mapping out the best route for both getting what we needed but also not getting kicked out. We knew we’d really only have one chance. I delayed as long as I possibly could, until about 4:00 PM, when the light was starting to look halfway decent. Then we sprinted, n the order of 20 setups before 7:30 PM, when the sun finally pulled the plug. Miracles will happen if you are ready for them.

5. Tell anyone how you did it.

If anything, don’t tell anyone that you shot a movie by yourself for $30,000. If they ask, tell them you had a great crew, a grip truck and a reasonable schedule. Otherwise they won’t know why you can’t do it again, this time on a period noir film with an 18-day schedule. =)