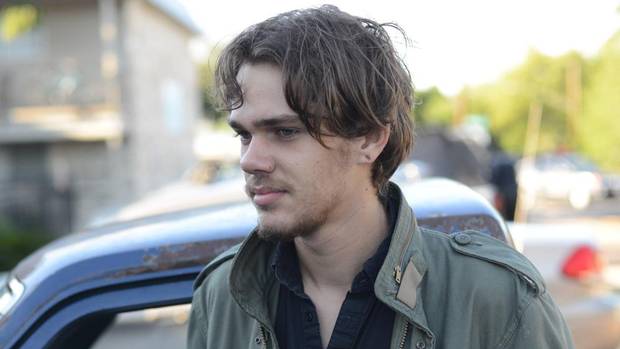 Nominees were announced this morning for the 24th Annual Gotham Independent Film Awards by IFP, with Richard Linklater’s Boyhood receiving the most nominations, including Best Picture. Birdman received two awards, including Best Director (for Alejandro G. Iñárritu) and Best Actor (Michael Keaton). The Best Picture nominations were rounded out by Ira Sachs’ Love is Strange, Wes Anderson’s The Grand Budapest Hotel and a left-field pick, Jonathan Glazer’s unsettling tale of alien visitation, Under the Skin.

The Gothams are also awarding a Special Jury Award to the three lead actors of Foxcatcher: Steve Carell, Mark Ruffalo, and Channing Tatum.

“Each year the Gotham Awards honor the best work from our independent storytellers and help new audiences discover their work,” said Joana Vicente, Executive Director of IFP and the Made in NY Media Center in a statement. “We congratulate this year’s nominees, from the master film artists to the talented newcomers, a true representation of the rich and diverse range of today’s independent filmmaking.”

As the press release notes, “Nominees are selected by committees of film critics, journalists, festival programmers, and film curators. Separate juries of writers, directors, actors, producers, editors and others directly involved in making films will determine the final Gotham Award recipients.” Accordingly, the Gothams, while being an early launch pad for Oscar hopefuls, is also known for selecting films that might be overlooked by other awards or which register strongly in the independent community. This year, the Gothams have risen the profile of performers such as Obvious Child‘s Jenny Slate, Blue Ruin‘s Macon Blair and Dear White People‘s Tessa Thompson (all nominated for Breakthrough Actor); the formally bracing documentary Manakamana (nominated for Best Documentary), and the young directors nominated for the Bingham Ray Breakthrough Director Award.

In addition to the competitive awards, Gotham Award Tributes will be given to actor Tilda Swinton, director Bennett Miller and Industry Tribute recipient Netflix’s Ted Sarandos. The Gothams will be held Monday, December 1 at Cipriani Wall Street.

Twenty writers, critics and programmers participated in the nomination process, considering 199 eligible submissions. The Nominating Committees for the 2014 Gotham Independent Film Awards were:

Gotham Independent Film Audience Award
New this year, IFP members will have a voice in determining the 5th Annual Gotham Independent Film Audience Award with nominees comprised of the 15 nominated films in the Best Feature, Best Documentary, and Bingham Ray Breakthrough Director Award categories. All IFP current, active members at the Individual Level and above will be eligible to vote.  Voting will take place online from November 19th at 12:01 AM EST and conclude on November 26th at 5:00 PM EST. In addition, IFP will be scheduling screenings of many of the nominated films for IFP members in the theater at the Made in NY Media Center by IFP in Brooklyn. These screenings will take place from November 5-12. The winner of the Audience Award will be announced at the Gotham Awards Ceremony on December 1, 2014.

Sponsors
The Premier Sponsor of the 24th annual Gotham Independent Film Awards is The New York Times and the Platinum Sponsor is euphoria Calvin Klein. Additionally, the awards will be promoted nationally in an eight-page special advertising section in The New York Times in November 2014.

Beyond the Lights
Best Actress

Wish I Was Here
Breakthrough Actor

About IFP
The Independent Filmmaker Project (IFP) champions the future of storytelling by connecting artists with essential resources at all stages of development and distribution. The organization fosters a vibrant and sustainable independent storytelling community through its year-round programs, which include Independent Film Week, Filmmaker Magazine, the Gotham Independent Film Awards and the Made in NY Media Center by IFP, a new incubator space developed with the Mayor’s Office of Media and Entertainment. IFP represents a growing network of 10,000 storytellers around the world, and plays a key role in developing 350 new feature and documentary works each year. During its 35-year history, IFP has supported over 8,000 projects and offered resources to more than 20,000 filmmakers, including Debra Granik, Miranda July, Michael Moore, Dee Rees, and Benh Zeitlin. More info at www.ifp.org.

About the Gotham Independent Film Awards by IFP
The Gotham Independent Film Awards by IFP, selected by distinguished juries and presented in New York City, the home of independent film, are the first honors of the film awards season. This public showcase honors the filmmaking community, expands the audience for independent films, and supports the work that IFP does behind the scenes throughout the year to bring such films to fruition.

For information on attending: http://gotham.ifp.org