The Seven Arts of Working in Film: A Necessary Guide to On-Set Protocol 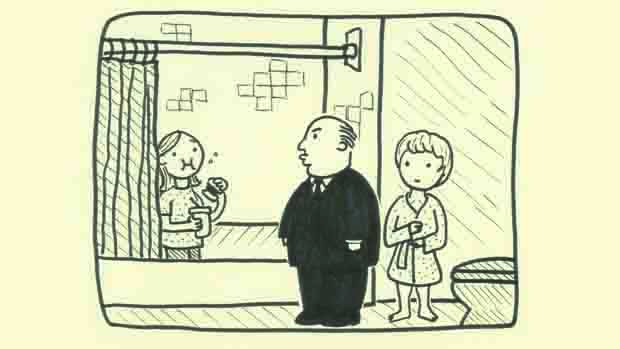 Welcome to your first day on a film set.

Perhaps you’ve gotten a new job as a production assistant. Perhaps you’re still in school and have been given an opportunity as an intern, or you’ve recently been asked to help out with a friend’s production. You probably have some questions.

I’m writing this because I’d like to try to answer some of those questions in advance, and because I have hope.

Hope that maybe the next time I ask someone to sweep up some glass that just broke, I won’t have to explain where to get a broom, how to use a dustpan and what to do with the glass once it’s in the dustpan.

Hope that the next time I’m having a time-sensitive conversation with another department head at the monitor, I won’t have to turn and repeat the entire conversation to someone who, rather than listening, was staring at their phone.

But Isn’t This Supposed to Be Fun?

This is the biggest challenge that newcomers face: a movie set can look like summer camp. There are cliques, gossip, casual clothing, planned activities and snacks. Many kinds of snacks.

But a movie set is not summer camp, a slumber party or a classroom. It is a workplace.

Here are things I have actually heard new hires say out loud:

“I don’t think that this is worth my time.”

“This isn’t teaching me anything.”

“I didn’t finish it because it didn’t seem important.”

The misunderstanding implicit in all these statements is that the priority of the day is your time, your enjoyment, your feelings, your creative fulfillment or your education. Instead, know this: Every day on a job in film is an opportunity to prove that you deserve to come back tomorrow, nothing else. Instead of asking yourself if you are having fun, ask yourself if you’ve done everything you can to help the film succeed. Instead of asking yourself if something is worth your time, think about why it might be important to others. If you make yourself valuable, you will begin to be valued.

The Metaphor of the Flashlight

Imagine that you are in a dark cave with a group of people, and all of you are running around in different directions. In a corner of the cave is a flashlight, which is spinning through the room.

Suddenly, the flashlight lands on a single person. Everyone stops. Until that person does his or her job, no one can move forward.

At some point during the shooting day, that flashlight will land on you. Everyone will be looking at you and waiting for you to do your job, or the production will stop moving. That flashlight can feel like a warm spotlight or it can feel like the high beams of a speeding car, fixing you in its headlights, determined to mow you down. It all depends on how well you understand your job and the jobs of others around you.

The Art of Proper Presentation

A film set is a uniquely judgmental place. Everyone is relying on each other, so everyone is constantly evaluating whom they can rely on. It’s not enough to do the job, or even to do the job right. You have to do it right and look like a pro while you’re doing it.

Throw Away Your Trash. A film set is a sacred place where creative people engage with one another and make art. Every bag of chips and empty coffee cup left behind is an act of disrespect to the art-making at hand. It is also a blemish on the film itself, as an errant water bottle, discovered too late, renders a great shot useless.

Keep It Tight. Your dress code should prepare you to walk into a CEO’s office or to climb a 14-foot ladder with a paintbrush in your hand. Do not dress like a pirate at a backyard barbecue; do not dress as if you wish to be discovered as onscreen talent. DO wear a belt and keep a complete set of relevant tools at the ready. DO NOT wear open-toed shoes.

Act Your Age. Do not lie down, do not have tickle fights, do not play with swivel chairs, and permanently set your cellphone on “silent.” If you are making other people aware of your presence by doing anything other than your job (laughing, playing a trailer on your phone, chewing loudly), you’re doing your job wrong.

Put Your Stuff Away. Each morning, identify the least obtrusive place to put your coat, your bag and your personal belongings, and then tuck them away in the least obtrusive part of that place. Never on set, never mixed in with equipment and never in another department’s workspace.

Put Your Gear Away. If you can condense your gear, do so. If you do nothing but organize and tighten up your department’s workspace all day, then that is a victory. Someday you’ll find yourself shooting in a 400-square-foot apartment with torrential rain outside and every department will try to cram their gear into the 100 square feet that isn’t being shot first. Practice for that day.

Be On Time. A late person is a person who can’t be trusted, as well as a person who is excluded from important conversations about the day ahead. All aspects of your pre-work routine, including but not limited to parking your car, eating a breakfast sandwich, getting a cup of coffee, putting your backpack away, reviewing the call sheet, checking in with your department, applying sunscreen or inserting foot warmers into your shoes — all of that must happen before your call time. As the saying goes: “If you aren’t 10 minutes early, you’re late.” And if you’re late, you’re fired.

Take Pride in the Details. Present your work in the way you want it to be viewed: with care. If you have been asked to gather information, compile it into a clear, properly formatted list. If you send photos, label them. Park vehicles carefully. Lay out physical options of props, wardrobe or production tools with pride. Spell check your texts. Create searchable subject headings for your emails (“Locations | Swimming Pool Options | Part 1 of 3,” versus “Fwd: some pics”). If you are delivering an object or a piece of paper, put it an envelope and label it. Save your receipts. Download your attachments.

Be All Business. Keep your private business private, and allow others to do the same. Don’t engage in on-set drama and avoid gossip, and you will win and hold the respect of others.

The Art of the Department

Within each crew, one department is always the “problem” department. Their delays are met with scorn, their problems are met with eye rolls, and they are routinely blamed for everything. A reputation as a bunch of screw-ups and goofballs is easy to earn and difficult to dispel. Your behavior contributes to this. You want to have the tightest department on set, something you can be proud of.

Learn — deeply, truly learn — what each department does and what they are responsible for.

The Art of Asking Questions

Of course, questions arise. But before you ask someone else a question, ask yourself:

Is this the right time? What may be your priority in a given moment may distract from a more important priority for the group. If they’re about to roll camera on a scene involving two explosions and a dog rescuing a baby from a dingo, it is not the right the time to ask the first a.d. what time you are breaking for lunch.

Can I answer it myself? Obviously, there are many questions that simply don’t bear asking (chief among these: anything that you could find with a Google search).

The Three Kinds of Listening

Standing By is a state of hyper-aware preparedness. Think about the opening of Le Samouraï and the wide shot of Alain Delon’s hitman lying on his bed, with this accompanying Bushido quote: “There is no solitude greater than that of the samurai, unless it be that of the tiger in the jungle … perhaps.” You are that quiet tiger, ready to strike at any moment.

The Art of Following Through

When they give you a task, it should disappear completely from their brain because they know that you are completing it. When you complete a portion of a task and walk away before finishing it, you are, very violently — as if the task is an ice pick being thrust into their eye — jamming that concern back into the brain of your department head.

The Art of The Next Step

What comes next? What could I be preparing for now? How can I anticipate needs and satisfy them in advance? What is the next task in a process, and how can I ensure it goes smoothly? You have not completed this day unless you have completely prepared for the next one. If a change occurs, you must think through all the ways that it might affect the future. For example: “If I move this car here, it will be in the way for the next shot. I should not move this car here.” Many people can solve problems; The Art of the Next Step is about preventing them. Those who master The Art of the Next Step become department heads and superstars.

The Art of Common Sense

What To Do If It’s Truly Not Fun

But it is a rookie mistake to think that this means it is not worth your best efforts. The production world is like a deck of cards, where everyone is reshuffled into different crews, over and over, a dozen times a year. Soon, that worthless director’s assistant may be in a position to tell her new boss not to hire you; five movies from now, that jerk of an electrician will stand in your way when you most need a favor. Don’t burn bridges.

The Art of Being A Hero

Every day, the set chooses a hero — the person who saves the shot, the person who is there in the clutch. Imagine a crowd of people chanting your name in unison, your colleagues showering you with praise for days, the actor who routinely snubs all human contact going out of their way to tell you that you’re the best they’ve ever worked with. If you master the art of work, that hero could be you.

You don’t plan to be a hero. You are just there at every moment, making things better. One of those moments will turn out to be a crucial situation, the moment where the metaphorical flashlight shines on you so bright that you think you might be blinded. And in that moment, you succeed. You succeed with grace, a positive attitude, even humor. That is when working on movies is fun.

(For an explanation of what everyone does on a film set, read the sidebar article.)

Brandon Tonner-Connolly is the production designer of two Sundance 2015 Competition entries, Unexpected and I Smile Back, as well as Drinking Buddies, About Sunny and Sticky Notes. His other production credits include Robot & Frank, While We’re Young, A.C.O.D., Choke, Inside Amy Schumer and many more.