“The Audience May Never Know How Personal It Is”: Mary Coleman on Developing Films at Pixar 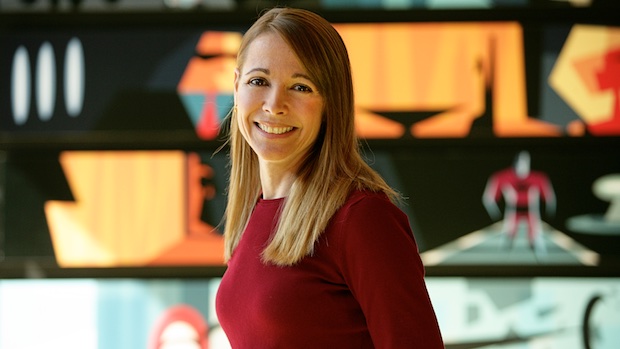 by Elaine Sheldon and Sarah Ginsburg
in Filmmaking
on Jun 17, 2015

Inside, Mary Coleman, pixar, She Does Podcast

We’re very excited to give you a sneak peak into the Pixar process in this week’s episode of She Does Podcast featuring Mary Coleman. Mary is the Senior Development Executive at Disney’s Pixar Animation Studios. For the past 16 years, she has worked with directors and writers to dig into their personal memories and create stories that adults and kids can relate to. Mary got her start in theater, performing on stage, working behind the scenes and a stint as a director. She talks about time spent with her grandmother, who fostered her creative side; how “faking it ‘till you make it” left her dissatisfied; how live performance influences her process at Pixar; and her efforts to make sure Pixar fosters a woman director in the coming years.

Pixar’s latest film, Inside Out, will be released in theaters on June 19.

Men will fake it ‘till they make it and women tend to say, ‘Well I have to wait until I’m ready.’ I won’t say that I was “faking it ‘til I make it” because I didn’t feel like I made it as a director. But I certainly was willing to raise my hand and say, “I should direct that play,” and was willing to put myself out there. I had a really high bar for what good theater looked like, and as a director, I was just competent. I wasn’t great, and I knew the difference. I’m hyper critical and there was never one show that I felt completely proud of. At a certain point if you’re only faking it and you don’t get the payoff of making it, you will become dissatisfied.

2. The Importance Of a Director Finding Their True North at Pixar.

When I’m working with the directors as they’re thinking about what kind of ideas they want to pitch, we start from a really personal place. I ask, “What matters to you? What are some challenges you’ve faced? What are the relationships for you that are the most fraught or have had the most healing?” The audience may never know how personal it is. For example, for Finding Nemo director Andrew Stanton was a young father when he conceived of that movie and the spark of it was him taking a walk with his son to the park. He was constantly correcting and reigning him in, “Be careful don’t touch that, don’t climb that.” And he caught himself and realized, “Wow, I’m not being present with my son because I’m so busy corralling him.” That became the spark for Marlin and Nemo’s relationship. The story will go through many changes, but if it comes from a deeply personal place, then you can always come back to, “Wait, what is the thing that is resonant for me that I want to resonate with the audience?” And that can guide all of your choices.

We are not market driven. We try to make movies we would want to see. Steve Jobs was one of our founders and he always had a really strong philosophy that you don’t let people tell you what they think they need, you show them a new possibility. Nobody was saying that everyone needs a computer in their own home that’s user friendly, but he always got ahead and wowed people with the possibilities of something they never would have thought to ask for. If you only give people what they’re asking for you won’t have exciting leaps.

4. Things You Learn at Pixar University.

I took a sculpture class and I was terrible at it, but I had an incredible moment. I was working on my sculpture, and I was doing really, really good detail work on the kneecap of my figure. The sculpture teacher took me by the shoulders, pulled me back and said, “Now just take a look, that knee is beautiful, but when you have to redo the whole leg to get the proportion right, you will have wasted all that time.” That was a metaphor for me for some things that were happening at the same moment in story development where we were polishing these little moments in our scenes, but we had to step back and throw away the whole scene. It was fun to have a Pixar University class become that metaphor for what was happening in my job.

5. Working towards gender balance in the Animation world.

At Pixar the majority of our producers are women, we have a lot of powerful women running the show. On the creative side, director-wise, it’s still all men. In the story department, there are 50 people and five of them are women. Not a great ratio, but part of that has to do with who, a generation ago, was training in animation. And it was the comic book boys — it wasn’t something that girls even thought of going into. And we’re in an exciting time right now in this field because CalArts in Valencia, California, which is one of the primary training grounds for animation, for the first time now has a class that is more women than men. So in terms of the pool we’re drawing from, we now legitimately have a representative pool of men and women.