“I Play a Little with Fire”: Photographer and Director Stacy Kranitz on She Does Podcast 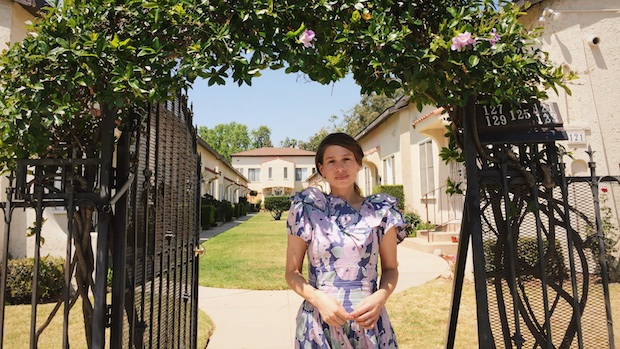 Documentary, She Does Podcast, Stacy Kranitz

Stacy Kranitz is a documentary photographer who explores history, representation and otherness. She has developed her style, one that is full of movement, emotionally raw, gritty and features individuals in high-octane environments. These individuals are sometimes new subjects and other times her longtime friends, folks she has been documenting since she started her work in Appalachia in 2009. Stacy’s photos are sometimes bloody, many times violent, often sexualized, occasionally drug-induced and always causing a stir. She has documented people and places all around the world, including snake handlers in Appalachia, cockfighting in Louisiana and black metal bands in Norway. Her work has been featured in VICE, New York Times Magazine, CNN, Mother Jones, TIME and Oxford American, among others. She also just completed her first feature documentary, From the Study on Post-Pubescent Manhood. In this episode, Stacy talks about the dishonesty of photojournalism, documenting violent situations, living out of her car, and blurring the lines between photographer and subject.

Honesty and Representation in Photojournalism
It didn’t fit with the way that I see the world, that my work was going to be a tool like a photojournalist. I admire that work, but also feel like there is some dishonesty in that. Our lives don’t work like that; there isn’t a beginning, middle and end. There isn’t a “let me show what’s wrong, let’s fix it.” It doesn’t function like that. I don’t know how anyone can take any work and let it essentialize a group of people, no matter who those people are.

Stacy’s Draw To Documenting Violence
I did not have a good childhood. It was a challenging time that I still struggle to shed. My whole belief system is built around this childhood, and my work is a direct reaction to things that happened. Very early on I was slammed in the face with this idea that right and wrong doesn’t fucking work; that the world is not black and white. That led me to this place of really taking inspiration from the murkiness, the grey areas in between the right and wrong. That draw into these precarious situations, I don’t quite understand it but it’s deep and it’s cathartic. That’s what I’m drawn to so that’s where I go, that’s where I take my work. That’s why I’m so interested in the arrogance of the photojournalist, because I am arrogant when I have that camera around my neck. I push myself into these situations. I play a little with fire.

Documenting Stereotypes in Appalachia
I was doing the work in Skatopia and I had been doing it for two years. I would just go on these long trips and I would go out and meet people and try to get an understanding of what Appalachia was. I was seeing a lot of the stereotypes, and I was even finding them. What I realized is that I was part of the problem. As a photographer going into the region, seeking out a certain thing, a fantasy, an idea of something. Forcing your own ideas about a place, onto a place. That was part of the problem that was happening and happened over the last 50 years with journalists in Appalachia.

Be Open To Your Work Changing
Every time the work is published in an exhibition or in a feature for a magazine, I make sure that they [the subjects] see that and then we have discussions about it. There is constant input, it’s like an evolution. Sometimes I have to retract certain things or rethink the ideas. But that’s the part that’s so interesting to me. I am really interested in changing the work. I don’t like being yelled at. I don’t like having a subject tell me that I treated them poorly, or I misrepresented them. That is difficult. But I can’t make this work without knowing that that’s going to be part of it. I know what it feel likes to be yelled at and to hear that someone is hurt, and I know that the part where you show up and you let someone share that, you talk it out and you make decisions about the future of the work with that person is important. Even if the conversation goes against me and is not in favor of what I’m doing, it’s still part of the greater good of what I want from the project.

The Camera’s Role in Stacy’s Personal and Professional Life
I truly believe that if I didn’t have the camera I would be a hermit. I have those tendencies. I know it doesn’t seem like it, but I’m so fucking terrified of humans, and it’s the camera that forces me out. What’s so important about my process is constantly challenging it and constant dissatisfaction with my methodologies, with the way I interact with people. That’s the only way to continue to make the work better. That’s the thing that drives me, is to constantly try to do this thing that doesn’t even exist, which is to understand and reconcile culture through images.