“I Want to Know about You, and I Want Us to be Friends”: Documentary Filmmaker Iva Radivojevic on She Does Podcast 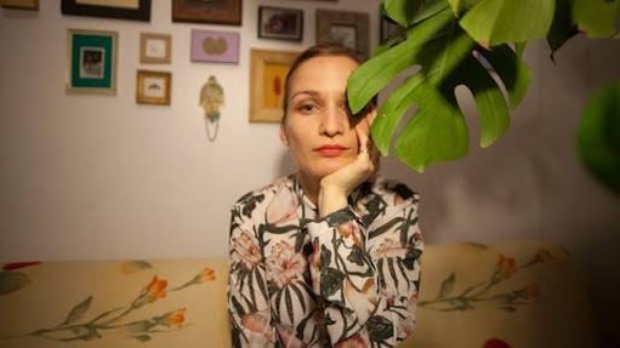 by Elaine Sheldon and Sarah Ginsburg
in Filmmaking
on Feb 24, 2016

Iva Radivojevic, She Does Podcast

Iva Radivojevic is a documentary director and editor. She was born in Yugoslavia, raised in Cyprus and has lived in New York City since she was 18 years old. Much of her work explores belonging, and draws from poetry and personal experience. Her debut feature, Evaporating Borders, examines migration, tolerance and identity through the experience of asylum seekers in Cyprus. The film has received awards worldwide and was nominated for an International Documentary Association (IDA) Award and a Cinema Eye Honors Spotlight Award and screened over 80 times at festivals, including SXSW, Human Rights Watch FF, Rotterdam IFF, DokuFest and HotDocs. Radivojevic is the recipient of the 2015 Guggenheim Fellowship and was named one of 25 New Faces of Independent Film of 2013 by Filmmaker Magazine. In this episode Radivojevic talks about her series “IvaAsks” where she learned how to make films, her draw to poetry, working as an editor, her new film inspired by Jorge Luis Borges’ Aleph, and the things she does (writing, exercising, meditating) to keep her life calm and collected.

On the personal drive behind Evaporating Borders.
“I related with my experience but I didn’t want to talk about my experience. It’s one of those things that’s in your stomach and you need to get it out. And if you don’t get it out, you’ll get sick. I really feel that after making the film, I have grown as a person through it. I think that there are certain scars that you have as you grow up and they may even be buried. But it was in there, somewhere, hidden and then it wants to come out. It came out as this film. So it was my way of dealing with whatever I was dealing with as a child in Cyprus through Evaporating Borders even though it’s not about me.”

On being inspired by poetry, not journalism and advocacy:
“I enjoy when people see the work as journalistic. But at the same time, I don’t like to be pinpointed as that specific thing. Poetry speaks volumes and it digs and penetrates much deeper than if I was to do something in a purely journalistic way and disseminate information. I don’t want to throw stuff in your face or bang you over the head with information. I really love poetry. I really love the written word, and I like how that matches up, or doesn’t match up with images and how they can dance together or repel each other. I then also when it comes to languages, each language has it’s own texture and melody and how that plays along with images. Poetry just speaks much louder than if I were to try and make an advocacy film. I’m not saying they’re not important, people should do it, it just doesn’t come out of me.”

On editing other director’s work:
“I’ve been lucky in the recent years that I am able to pick up projects that I really like or believe in. Because I also realize that if I don’t believe in them, I will not do a good job. The best thing about it is it becomes almost like a therapeutic session. Trying to understand what the director wants or what they want to communicate and in what way. Because it’s very frequent that we can’t articulate what we want. So when I’m there as a supporter, in a supporting role, it’s a beautiful thing. You can suggest things and when it sits with the director, when the visions match it’s the most rewarding thing because you’re co-creating it.”

On building relationships with documentary subjects:
“For me the most important and the most rewarding thing about documentary is I form relationships with people. And that’s number one. I want to know about you and I want us to be friends. I know that’s not what most people do, some people like to keep a distance with the filming their filming. That’s just not me. I’m so much more interested in human beings than I am in taking something out of the story and documenting it.”

On feeling pressure to make:
“I had this pressure, like I had to put things out and keep current, or whatever it is. And then I said, ‘no you don’t.’ You just need to put in the time, you need to put in. Things float your way, or through you, at the time when it’s right. And I feel like sometimes when we force things it’s counteractive. I stopped putting that pressure on myself in many different aspects and it makes your life and the creative process much more enjoyable.”