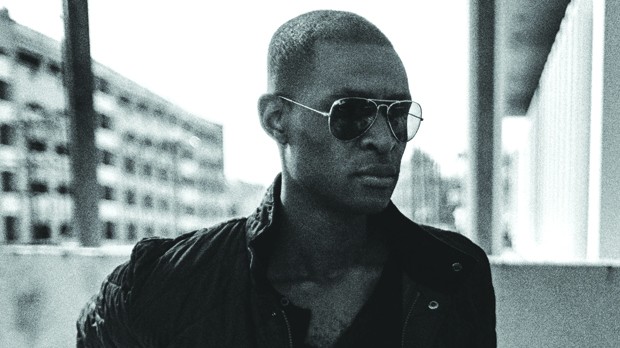 “The basic impulses that drew me to science are the same ones that animate me as a storyteller. I’m deeply curious about who we are as people and how we work, where we came from and where we’re headed.” That’s Nigerian-American filmmaker Anthony Onah discussing the path that led him from studying biochemistry and neuroscience at Harvard to filmmaking. Accepted for graduate study at Cambridge in genetics, he wound up redirecting to UCLA’s film school and beginning a career in independent film. In the years since, the young filmmaker has received support — as indicated from the dizzying mosaic of logos on his website — from just about every film nonprofit around, most recently IFP (the No Borders Program) and Film Independent (the Directing Lab).

This latticework of aid is particularly appropriate given that Onah’s storytelling is cognizant of the role systems and community play in personal narrative. His work, he elaborates, focuses on “the individual in conflict with oneself, one’s relationship to community, the nature of obedience to family or state or church, and the politics inherent to all this.”

Onah is currently in production on his debut feature, Dara Ju. Developed from a 2012 short, it tells the story of a first-generation Nigerian-American who struggles with the pressures of a job in commercial finance, balanced with family and relationship issues — to say nothing of a prescription drug dependence. Says Onah, “Dara Ju grew out of the desire to explore something deeply personal — the difficult loss of my father. The personal has since led to an investigation of the pressing issues of class and race and their effect on individual identity. With a Nigerian-American immigrant striver as hero, I hope to show what America looks like through a fresh pair of eyes and to depict a character we increasingly know in life but don’t see in film. I mean to assert his full humanity — to show him as the author of his own life, for better and for worse.”

Dara Ju is set in New York, Nigeria and Los Angeles, with the L.A. unit having just wrapped. As he moves toward the New York shoot, with its Wall Street scenes, Onah is carefully calibrating the story’s production demands with the realities of a low budget. “From the beginning, I had extensive conversations with my d.p., production designer and costume designer about limiting our color palette and carefully coordinating our lighting, production design and costuming elements. We knew that to serve story and character while credibly rendering the big money financial world, we had to tightly control what we allowed into the frame.”

Over the course of development, the real world of finance has gone through its own upheavals, and Onah has also been careful to ground his final screenplay in the world as it exists today — not the more apocalyptic one featured in previous narratives about the financial crisis. “Not to overstate market stability, but we have moved away from the larger gyrations that we saw in markets closer to the financial crisis,” he says. “The script reflects this new reality. As an example, I’ve removed scenes like one of our hero and his mother watching news reports of financial tumult and the ensuing panic.” — S.M./Photo by Tim S. Kang