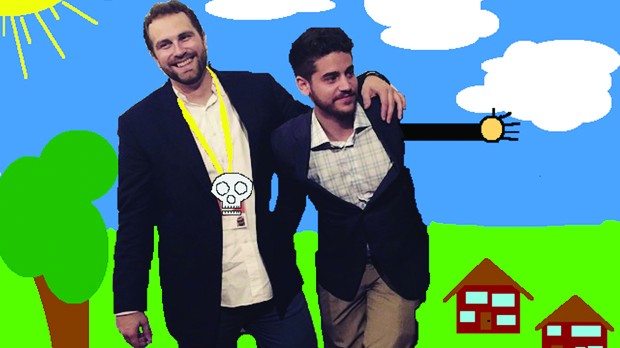 Nick Berardini’s Tom Swift and His Electric Rifle — which launched its festival life at this year’s Tribeca Film Festival — is a lucidly outraged investigation into the safety of the allegedly nonlethal TASER stun gun, whose potentially fatal effects have repeatedly come under investigation. University of Missouri broadcast journalism major Berardini first learned about the issue in 2009, while working the night shift at Columbia, Missouri’s NBC affiliate. Hearing over the police scanner that Stanley Harlan had been tased by an officer and died in nearby Mobley (followed by statements from his parents contradicting the police narrative), he drove that night to investigate for himself. “That is one of the compelling things about TV news,” Berardini recalls. “You’re sitting there on a night with nothing to do and suddenly you’re racing out 30 miles north.”

Finding the film’s final shape took years, with producer Jamie Gonçalves (also a programmer at the True/False Film Festival) a crucial part of the process. Unbeknownst to each other, both had been born and initially raised in Chicago, and both attended the University of Missouri’s broadcast journalism program in Columbia. Berardini was two years into production when a mutual acquaintance connected him with Gonçalves, who’d left the broadcast journalism program out of frustration with its limitations. “He was editing, trying to figure out how to put these shots together of this guy driving,” Gonçalves recalled. “He didn’t have a deadline. He didn’t have any sort of timeframe. It was just him forcing this thing together, and it was very naïve, but also very much what I wanted to do.”

What began as, per Berardini, “an observational film about this community,” took an unexpected turn when Rick and Tom Smith — the sibling co-founders of TASER International — sat down for on-camera interviews. A regional portrait slowly morphed into a documentary that’s part activism and part legal compilation film composed out of voluminous police-cam footage, trial depositions, internal videos and other meticulously sourced archival finds. After repeated editorial trial and error, the pair were able to accept that, as Gonçalves says, “we can make a really smart movie, and we don’t have to have narration, and we don’t have to have any emotional scenes. We can just make a smart film. But that was such a long process to get that.”

The film’s already making waves — Berardini’s Tribeca promotional duties included going on Fox & Friends to stand his ground against the network’s conservative hosts. The filmmakers’ next projects are already in the works. Separately, Gonçalves plans to produce Turkey Bowl director Kyle Smith’s third film, which should shoot in August. Collaboratively, Berardini and Gonçalves have several potential projects in development, the most important of which is another investigative documentary, the subject of which must remain secret and on which production could again take years. “What fascinated me about TASER was that they created an atmosphere where police officers felt like they were working for the company because they believed TASER was on their side,” Berardini explains. “You know the idea of protecting truth and protecting life and all of these clichés, right? They actually work sometimes. This film that we’re working on is certainly about that — the psychology behind what a place like that is like and how people identify with their work — the grey area that they’re able to live in, in order to keep moving forward.” — V.R./Photo by Sarah Berardini