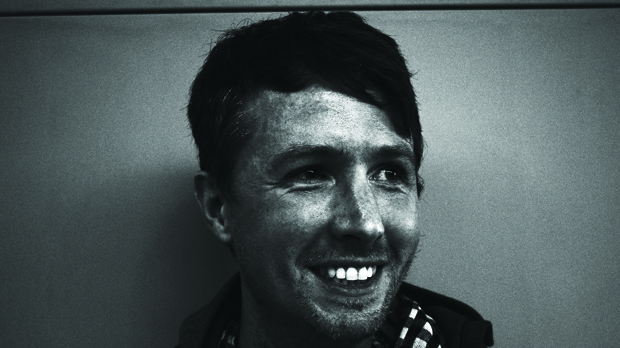 Green and pink shopping carts sit on a raggedy street, their cheerful colors a contrast to the peeling residences behind them. The harmless carts are disrupted by a maroon car with black doors and green rims, which then parks itself into the center of the frame. Inside and out, it’s manned by a crew of made-up Juggalos — Insane Clown Posse fans classified, controversially, by the FBI as a violent gang — who stare inscrutably into the camera.

Scott Cummings’ half-hour Buffalo Juggalos is straightforward about its title setting and subject and twisty about everything else. A series of minute-long shots executed with James Benning’s mathematical framing and juxtapositioned precision and Ulrich Seidl’s unnervingly unbroken gaze, it’s a rigorously staged series of tableaus of one of America’s most-feared subcultures making a depressed urban space their own.

Cummings studied experimental film at the State University of New York-Buffalo before realizing he wanted to gain tools for a narrative skill set and applying to the California Institute of the Arts. His 2006 short The Hesher, succinctly described by Cummings as “a guy abusing himself,” played at the Museum of Modern Art and other gallery spaces. “I made more normal narrative stuff, but I never liked it as much,” Cummings explains. “I was the only person in it, and I shot it by setting up a tripod.”

The Hesher didn’t move beyond galleries. Cummings thinks that’s because it was “too arty for festivals but too not arty for a gallery.” With Juggalos, he decided to aim full-on for a gallery audience, but ended up attracting festival attention anyway (the film has played at Maryland and BAMCinemafest, among others). A 2011 Camille Dodero Village Voice piece on the Gathering of the Juggalos first sparked his imagination. While watching Gretchen Skogerson’s parking lot landscapes short Night Parking, he thought, “This film would be really great if it had Juggalos in it.” After receiving a grant, Cummings spent a year and a half reaching out to the Juggalo community but only got two contacts. Taking the plunge, he quit his job and moved to Buffalo to pursue the project.

“It’s such an abstract concept to explain to people not in New York or L.A. that you’re making a film,” Cummings says of gaining his subjects’ trust. “They think you’re either an idiot or a liar.” Explaining his highly formal approach was made easier by the Juggalos’ scattered cultural reference points, including their interest in John Waters and Freaks. They were “aware of the issues of representation raised by Gummo” in particular, but “got really into [the film] as the project went along.” For a follow-up, he wants to make a slightly more narrative Juggalo film with just a few subjects building on his droll, terrifying group portrait. — V.R.

Photo by Pamela Pianezza/Picture This!