“On the Last Day We Needed That Driving Scene”: Sing J. Lee on The Accidental Getaway Driver 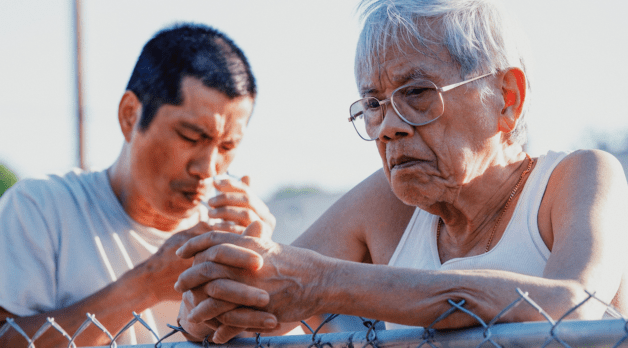 Having amassed an impressive CV of high profile music videos and commercials with A-list talent, director Sing. J Lee makes his feature debut with The Accidental Getaway Driver, a narrative based on true events. Not the only film at Sundance this year based on an article from a major publication, Lee’s film takes as its inspiration a 2017 GQ article that recounted the night an elderly Vietnamese-American cab driver picked up three customers who, unbeknownst to him, were recent escapees of the Orange County Men's Central Jail. As the evening quickly devolved into danger and chaos, the driver was held hostage, unsure of when and if he would be allowed to walk free. Rather than a strict retelling of those events,…  Read more

“On Any Road of Vieques, There’s Beauty Around”: Glorimar Marrero Sánchez on La Pecera 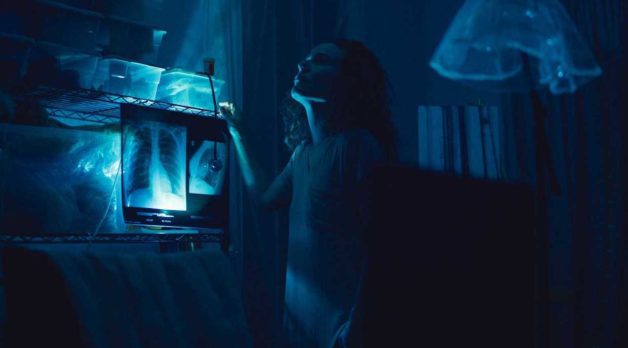 From the 1940s until 2003, the U.S. Navy used Vieques as a bombing range and military-training site, deploying heavy metals and toxic chemicals, such as napalm and depleted uranium, that left the island contaminated. Today, Vieques has some of the highest cancer rates in the Caribbean, though the U.S. government continues to deny that its activities are responsible. In writing La Pecera, Glorimar Marrero Sánchez sought to reflect the symptoms of colonialism both literally and symbolically, through the character of a woman whose body has been colonized by cancer—a disease, the film asserts, connected to the Navy’s pollution of Vieques. A self-taught, multi-disciplinary artist-director-photographer-screenwriter from Barranquitas, Puerto Rico, Marrero Sánchez began working on her debut feature La Pecera (The Fishbowl)…  Read more

“Okay Whit, I Think You Need to Get Dumber”: Clay Tatum and Whitmer Thomas on The Civil Dead (Back To One, Episode 238) 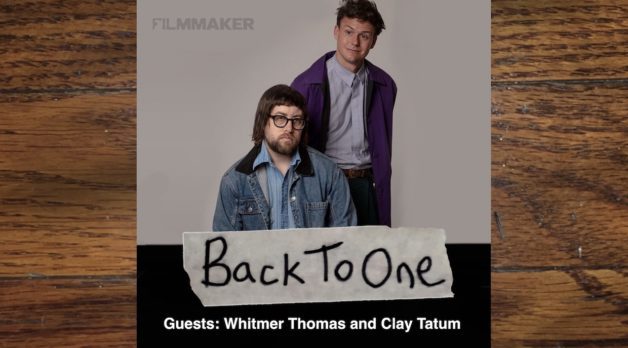 Clay Tatum and Whitmer Thomas wrote and star in the wonderful new comedy The Civil Dead, which Tatum also directed. On this episode, they discuss their long collaboration and friendship that goes back to Alabama at age 11, doing comedy events in Los Angeles with Power Violence, filming sketches, honing their craft, learning valuable lessons on the HBO/A24 production The Golden One, the importance of rhythm in comedy, the importance of trusting your own voice, and applying it all toward the modest indie film that won the audience award at Slamdance last year and is about to win audiences over everywhere—The Civil Dead. Back To One can be found wherever you get your podcasts, including Apple Podcasts, Google Play, and Stitcher.…  Read more

Sundance 2023: Eileen, You Hurt My Feelings, Landscape with Invisible Hand 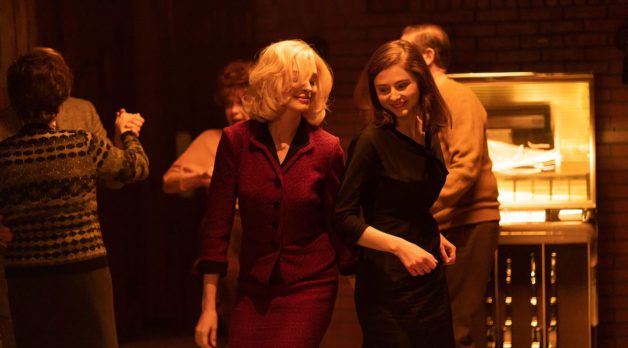 At this point, it’s a running joke that any indie film worth its salt will have an extended scene featuring a woman pissing. Not just a woman sitting on the toilet, underwear around her ankles—the trickle of her stream must be fully perceptible to the viewer’s ear, subversive in its unvarnished or gritty exploration of the female experience (even with my sparser-than-usual Sundance viewing schedule this year, I’ve still clocked one extended instance of this). If a filmmaker is really being edgy, a blood-soaked tampon may appear on screen, or perhaps sparse droplets of menses slowly descending down a thigh.  This is where the depiction of women’s natural bodily functions typically tap out—but if any film were to tackle excrement or…  Read more

Sundance Announces the Winners of the 2023 Sundance Film Festival 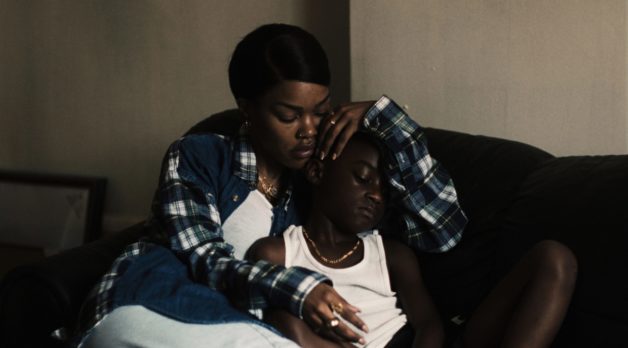 A.V. Rockwell's debut feature, A Thousand and One and Going to Mars: The Nikki Giovanni Project, directed by Joe Brewster and Michèle Stephenson, won, respectively the 2023 Sundance Film Festival's two top U.S. awards, the U.S. Grand Jury Prize: Dramatic and U.S. Grand Jury Prize: Documentary. D. Smith's Kokomo City won two awards, the NEXT Innovator Award and the NEXT Audience Award. And Maryam Keshavarz's The Persian Winner was another double winner, picking up the Waldo Salt Screenwriting Award and the Audience Award: U.S. Dramatic. “This year’s Festival has been an extraordinary experience,” said Joana Vicente, Sundance Institute CEO. “The artists that comprise the 2023 Sundance Film Festival have demonstrated a sense of urgency and dedication to excellence in independent film. Today’s award…  Read more

Sundance 2023: 5 Seasons of Revolution, My Animal, Selected Shorts, The Tuba Thieves and Milisuthando 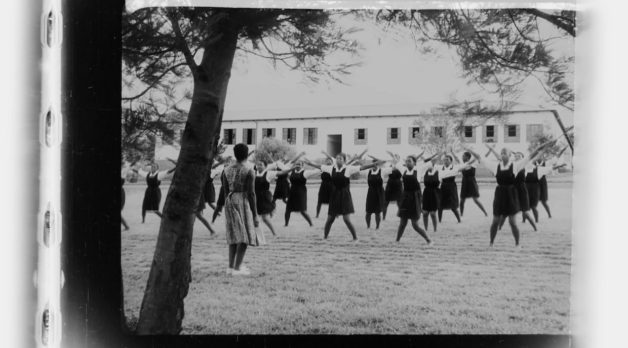 Before it started, one question about this year's Sundance concerned attendance: what happens when a more-expensive-to-attend-than-most festival, held in a cold place during winter's peak at a high altitude, offers the option to stream the bulk of its titles online days later? Brand presence on Main Street appeared to be down (one out of five awnings rather than every single one), and P&I attendance seemed to be as well—but, for many there, the answer was jamming out endless viewings on their tablet or laptop between venturing out for select IRL screenings. Whatever those combined, not-yet-disclosed industry-plus-public streaming numbers were, they may have been successful enough for the festival to signal that they were embracing the hybrid format until further notice—at…  Read more 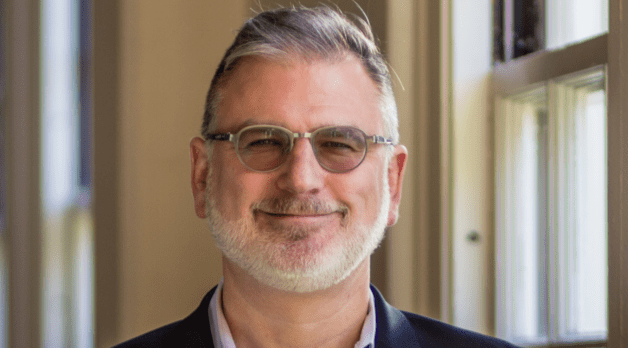 Noah Cowan -- a curator, critic, festival director and distributor — died yesterday in Los Angeles. He was 55, and the cause was Glioblastoma multiforme. Over his more than 30-year career, Cowan brought his passion and erudition to a number of organizations and endeavors, beginning with the Toronto International Film Festival, where he began as an intern in 1981. After graduating with a philosophy degree at University of Toronto, Cowan in 1989 became a programmer at TIFF, curating films for the Midnight Madness and, later, the Vanguard sections. He would go on to program major national cinema retrospectives on India and Japan for the organization. Later, after leaving his programming role at TIFF, he returned to become the festival's co-director from…  Read more 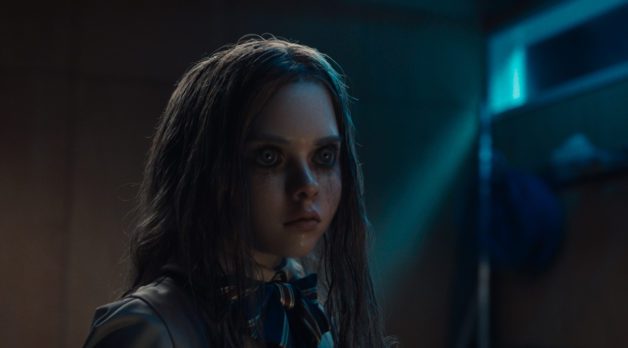 When Peter McCaffrey left the processing lab at New Zealand’s National Film Unit in the early 1980s to become a freelance camera assistant, his bosses told him he’d be asking for his job back in two weeks. There was no such thing as a film industry in New Zealand, they warned. 35 years later, McCaffrey still hasn’t looked back. Climbing the ranks from clapper loader to focus puller to camera operator, McCaffrey has built an impressive resume of large-scale credits including The Lord of the Rings trilogy, Dawn of the Planet of the Apes and Thor: Ragnarok. Now, he has taken another career leap with M3gan, his first feature as main unit director of photography. McAffrey spoke to Filmmaker about bringing…  Read more

Subscribe To Filmmaker
© 2023 Filmmaker Magazine. All Rights Reserved. A Publication of The Gotham
We use cookies on our website to give you the most relevant experience by remembering your preferences and repeat visits. By clicking “Accept All”, you consent to the use of ALL the cookies. However, you may visit "Cookie Settings" to provide a controlled consent.
Cookie SettingsAccept All
Manage consent