The Lost Daughter Scores Four Wins at the 2021 Gotham Awards, Including Best Feature 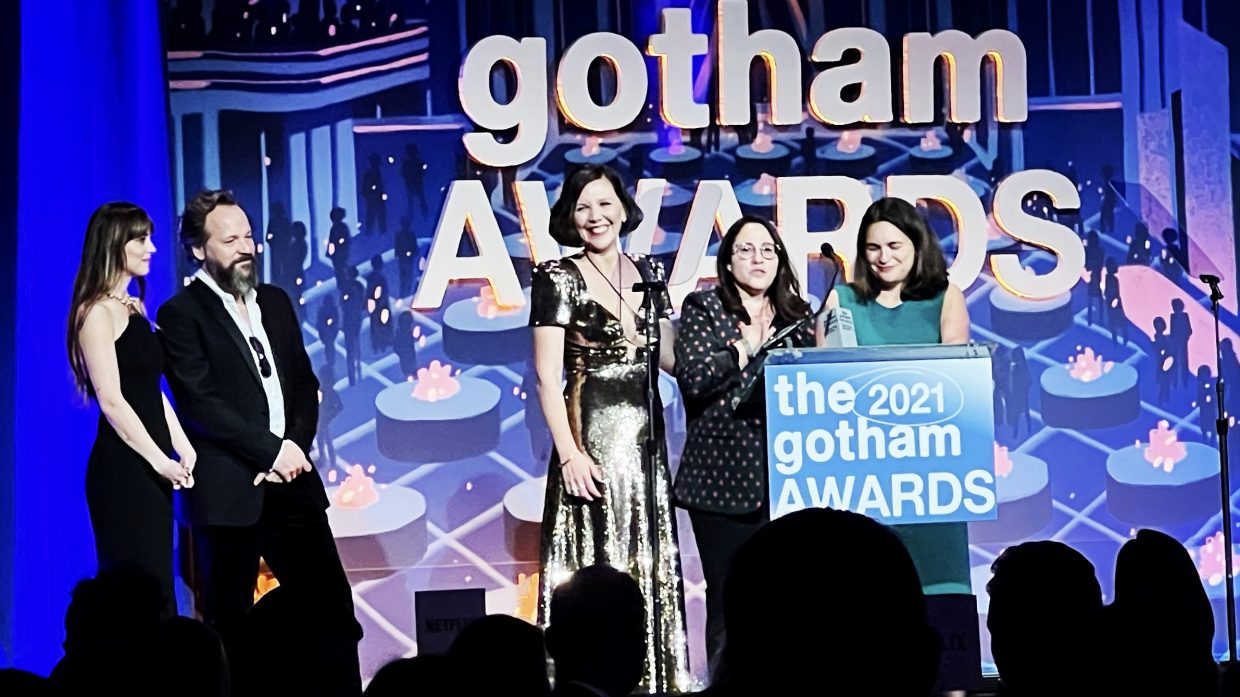 Colman and Faison’s wasn’t the only split decision; the Gotham jury also split the Outstanding Performance in a New Series award, giving it to Ethan Hawke for The Good Lord Bird and Thuso Mbedu for The Underground Railroad. This was the first year in which the actor categories weren’t divided by gender.

Among other notable awards, Netflix’s worldwide sensation Squid Game won Breakthrough Series – Long Format, Jonas Poher Rasmussen’s Flee won Best Documentary Feature, and Ryûsuke Hamaguchi’s Drive My Car took Best International Feature. Among the evening’s memorable moments were Gotham Tributee Jane Campion recalling the producer who told her she’d never be a director, a dismissal that prompted her to make three short films that then went to Cannes, with one winning the Best Short; Nina Collins, a publishing veteran and daughter of the late Kathleen Collins, winner of a posthumous Gotham Tribute, who described the warmth of the room and saying that it made her appreciate the film business; Reservation Dogs creator Sterlin Harjo reminding the audience of the historical significance of the Wall Street location (“There were indigenous people that lived here and they fuckin’ came here and gave them beads and tricked them into giving up their land. And then they built a wall to keep them out of their land and that’s why it’s called Wall Street”); the Kristin Stewart Gotham Tribute, where Spencer director Pablo Larrain called Stewart “a miracle of cinema”; and Gyllenhaal’s declaration of goals for her second feature: “35mm and 35 days!”

(And I’d be remiss if I didn’t note one other moment, when Tessa Thompson called out the winners of The Gotham’s Focus Features and JetBlue Student Showcase, which leads to the films’ coverage in, she said, “Filmmaker Magazine, which is hot.”)

The Gotham Awards are presented by The Gotham Film & Media Institute, Filmmaker‘s publisher. The complete list of nominees and awards follows.

Best Documentary Feature
“Ascension”
“Faya Dayi”
WINNER “Flee”
“President”
“Summer Of Soul (…Or, When The Revolution Could Not Be Televised)”

Best International Feature
“Azor”
WINNER “Drive My Car”
“The Souvenir Part II”
“Titane”
“What Do We See When We Look at the Sky?”
“The Worst Person In The World”

Breakthrough Nonfiction Series
“City So Real”
“Exterminate All the Brutes”
“How To with John Wilson”
WINNER “Philly D.A.”
“Pride”