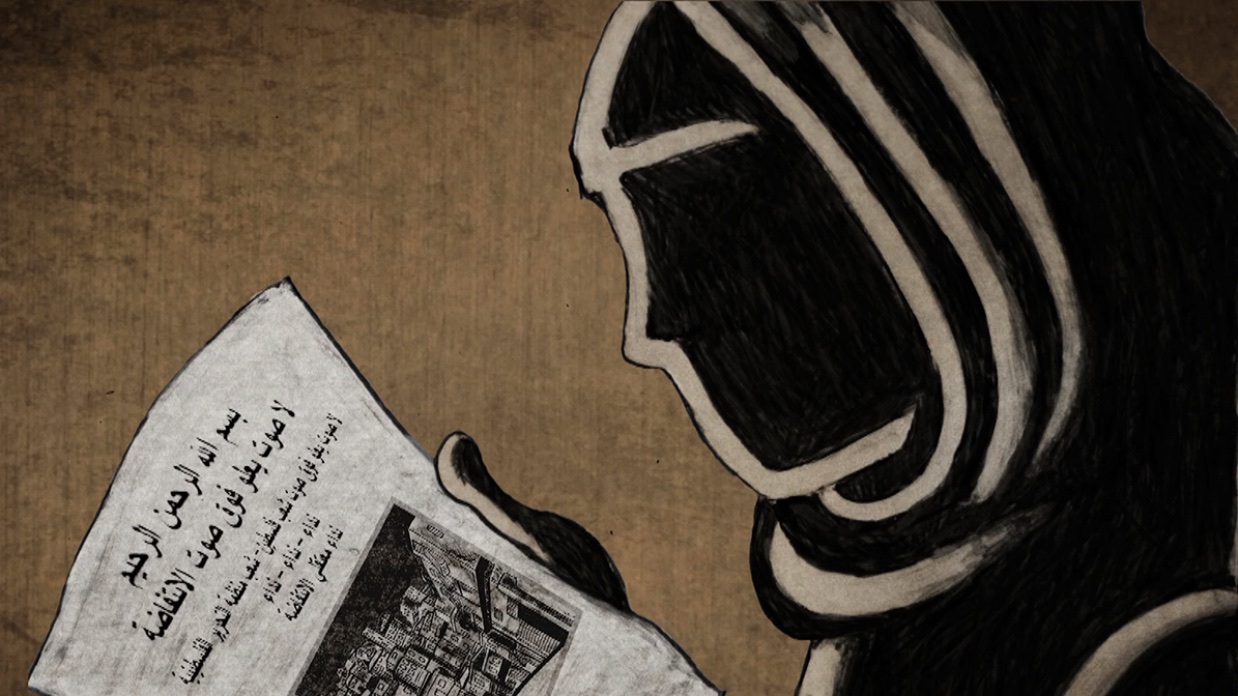 The increasingly robust DOC NYC opens today through November 16, with over 100 documentary features unspooling in three locations in downtown New York and Chelsea. Among the 23 world and 23 U.S. premieres are new films from Barbara Kopple, Sam Pollard and Julia Bacha, whose Naila and the Uprising, about the woman of First Intifada, won the festival’s first pitch competition in 2016. Films unspool across 16 sections, including the new New World Order, focused on pictures with global news importance, and Metropolis, the competitive section featuring films from and about New York City. The DOC NYC Pro section is eight days this year, with panels and events on the production and industry aspects of doc filmmaking. Filmmaker spoke to Artistic Director Thom Powers in the lead up to the festival to get his take on the feed and tips on this year’s edition. We begin by talking about the festival’s opening night film, Greg Barker’s The Final Year, about the last 12 months of the Obama administration’s foreign policy team.

Powers: It’s a nice contrast to last year, when we were competing with people’s attention over the election. Now we open the festival on the anniversary of the day we woke up to Donald Trump as president, so it’s very fitting to be opening with The Final Year.

Filmmaker: As you were putting together this year’s festival, what impact did the Trump election have on your programming choices?

Powers: The backdrop of our politics was certainly on our mind as we were programming. But, as you know, most docs take a lot more time than a year to make, so you don’t always see them be quickly reactive. It is interesting, though, to see how many projects that must have been in the works before election are anticipating the themes of today. We created a new section this year called New World Order to reflect and pick films that connect strongly with today’s headlines. A notable one that’s having its North American premiere is Euro Trump, about the Netherlands candidate Geert Wilders. And another that feels sadly current in the light of the Halloween attack is Recruiting for Jihad.

Filmmaker: What about just speaking more generally as a programmer? Are there films that you looked at that you didn’t program that just seem off the mark in this current environment? Films that might have felt more relevant if the election had gone a different way?

Powers: I can’t think of something that feels misguided, although there may be films that were expecting to be emerging in a different political landscape and that made some course corrections. Jon Alpert’s film, Cuba and the Cameraman, which traces his 40 years of filming in Cuba — I can imagine that he was expecting it to come out in a period of increasing positive ties between Cuba and the U.S., and now it’s coming out in a different political backdrop. That can be said of watching The Final Year, which is about the people at the heart of Obama administration. But no matter what the backdrop of politics and current events is, you are always looking for a well rounded program. You can’t put together a program that is only super serious or beating the drum of social issues. Good docs reflecting the times we are living in are not just about politics. For example, we have a robust music section with films about David Bowie and Bill Frissell.

Filmmaker: What are some of the headline films or programs you’d want to highlight for Filmmaker readers?

Powers: The industry side of continues to be something we want to grow and develop. This year within our eight-day DOC NYC Pro, we made an expansion of a program we launched last year, Only in NY, which are intimate roundtable meetings connecting filmmakers with industry players. We took submissions of works in progress, selected around 30 films, and on the last four days of festival those 30 filmmakers, along with filmmakers who have films in the festival, will have curated conversations; we’re making matches with funders and sales agents — nurturing films and filmmakers. And now, in our eighth year, some of that work is paying off. Last year was the first year of our Pitch Perfect day, and the film that won, Julia Bacha’s Naila and the Uprising, is making its world premiere at DOC NYC.

Filmmaker: Do you feel that’s an imperative now for a festival in the doc space, to have these industry-facing programs? And how do you position what you’re doing within the broader ecosystem of organizations doing similar types of industry programs, like IFP, Tribeca, etc.?

Powers: From the time that we started, it was always an ambition, and we looked to these big international festivals like IDFA and Hot Docs that were both public-facing and industry-facing. It just took us a while to grow into that; we couldn’t do that right out of the box. It took several years to build up our exhibition side. How does this fit alongside all the other great initiatives from IFP to Good Pitch? My feeling is there such a wide breadth of doc making that no one festival or market or conference can serve it all. There are a lot of different films hitting different calendar cycles. Those films that are getting their sample reels in place for the spring and summer are well timed for IFP, and those films that need more time are well timed for DOC NYC. And then there are other places on the calendar to go to too. None of these places will fully service a project. I know from my ten years as a filmmaker that it takes several different trips. You begin a relationship at one festival and continue to develop it in three more.

Filmmaker: What are some of the films in the program you’d point out especially for our readership? Films that you don’t want people to overlook?

Powers: This year’s festivals has 23 world premieres and 23 U.S. premieres. Among the films making the U.S. premieres is Antonio Lopez’s 1970, about sex fashion disco. Director James Crumb has been to the festival two years ago with Troublemakers, about land art, and that film plays in our Metropolis section, about films devoted to NYC. Another world premiere is The Iron Triangle, about Willis Point in Queens. And the third film making its world premiere is Vigilante, about Curtis Sliwa and the Guardian Angels. In the Viewfinders competition we have eight films, and we have scheduled them so if someone wants to take in whole Viewfinders competition in one weekend, they could. I’ve been on the doc jury at Cannes this year, and I enjoyed the experience of watching films as a group. Thinking about our curation, I wanted to give the public a similar opportunity so we created a Viewfinder pass this year. Those films include Naila and the Uprising, which is, a wonderful film, and Mole Man, making its world premiere, about man in his 60s who has built this extraordinary 50-room maze-like structure. His parents have been his caretakers, but one parent has passed on, and the family is facing the question facing many families with special needs children: what happens when the parents are gone? And then there is the Danish filmmaker Nicole N. Horanyi, who won the Viewfinder competition a few years ago with Motley’s Law. Her film, The Stranger, pushes the boundaries of documentary by enlisting an actor to tell some of its story blended in with some of the real people who have lived through that story.

And one more I’ll add is Errol Morris’s new work, Wormwood, which, as you know, is four-and-half hours long and also pushes the boundaries of documentary with its integration of recreations — and not just the simpler dialogue-less ones he used in The Thin Blue Line but real dramatic scenes.

Finally, our Shortlist section is something that has received increasing industry attention. It remains a great way to catch up on films that you haven’t seen, and we’re repeating something we tried out last year, which is having one of full DOC NYC Pro days be conversations with films on the Shortlist. Of the four panels we cover 14 of the 15 films.