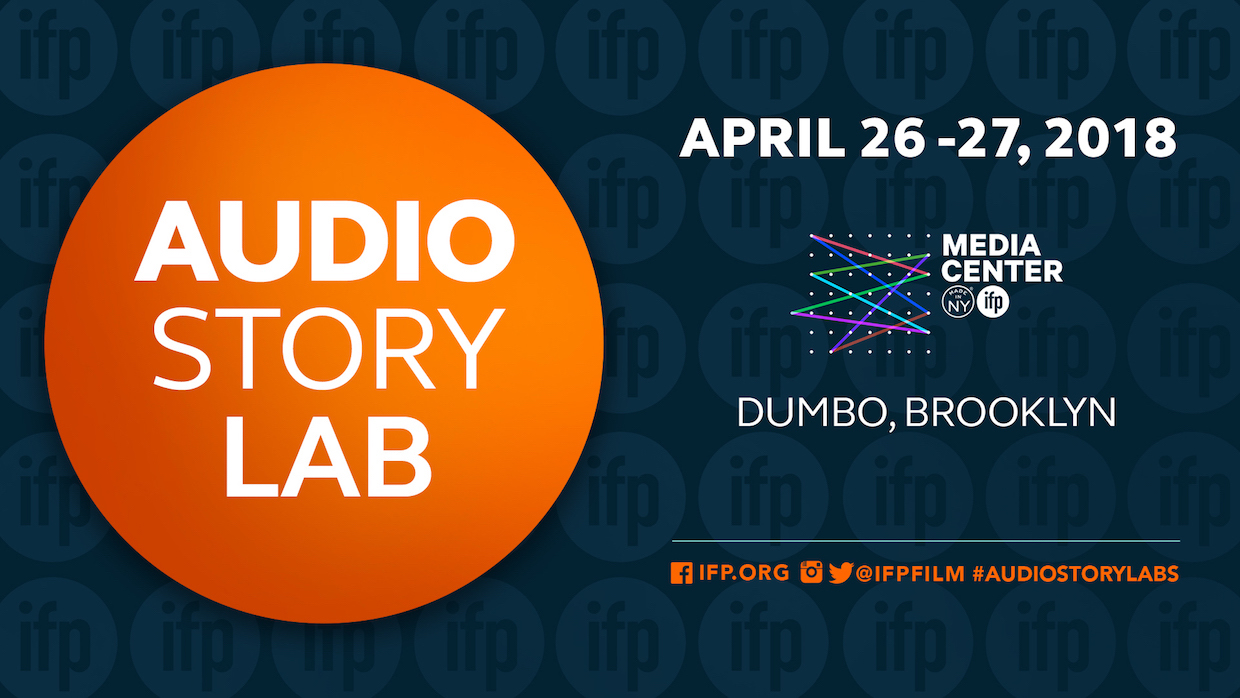 Based off the long-running IFP Filmmaker Labs and, more recently, the Screen Forward Labs dedicated to serialized content creators, the IFP Audio Story Lab will support groundbreaking audio artists with the necessary tools and mentorship to move their projects and careers forward. As part of IFP’s ongoing commitment to diversity, the IFP Audio Story Lab inaugural projects are made up of more than 50% women creators, and over 70% of the creators are diverse in regards to gender, ethnicity, and sexual orientation.

The IFP Audio Story Lab is but one part of a broad expansion on the part of IFP and the Made in NY Media Center into supporting audio storytellers. Filmmaker Magazinealso just launched its first-ever podcast series, Back to One, dedicated to the craft of acting.

In addition to the Lab, the Made in NY Media Center is currently in the planning stages of its second Podcast Certificate Program, a program that teaches up-and-coming podcasters the editorial and technical skills to kick-start a career in podcasting. The Podcast Certificate Program is produced in partnership with the Mayor’s Office of Media and Entertainment, with the support of Voxnest and an outstanding Advisory Board featuring audio thought leaders from Gimlet, Midroll, The New York Times, and more.

“With the Audio Story Lab, IFP continues to demonstrate its willingness and excitement over supporting storytellers across the spectrum of film, TV, web, immersive, and now, audio,” said Joana Vicente, Executive Director of IFP and the Made in NY Media Center. “We are thrilled to provide further support for our community of artists pushing boundaries in audio and podcasting.”

Under the leadership of Zach Mandinach, IFP’s Senior Program Manager & Producer, the Audio Story Lab will provide participants with the knowledge, resources, and mentor support for developing their project both creatively, through story development and sound editing workshops, and strategically, with discussions on pitching, marketing, and releasing your audio project in today’s increasingly crowded audio landscape. As with all IFP programs, the Audio Lab will create a space in which artists can transparently discuss their artistic goals and the challenges that accompany their work in an effort to demystify the making and releasing process and bolster a notion of career sustainability for groundbreaking audio artists.

The Lab is open to audio projects are serialized and story-driven. Fiction, nonfiction, and hybrid style projects are eligible, and projects can be either short-form or long-form series. At minimum, creators must have at least a representative sample, from a trailer to multiple episodes recorded, to be considered for the Lab.

The seven selected projects represent a mix of genres ranging from young adult fantasy and sci-fi, to hybrid autobiographical fiction and comedic nonfiction, and more.