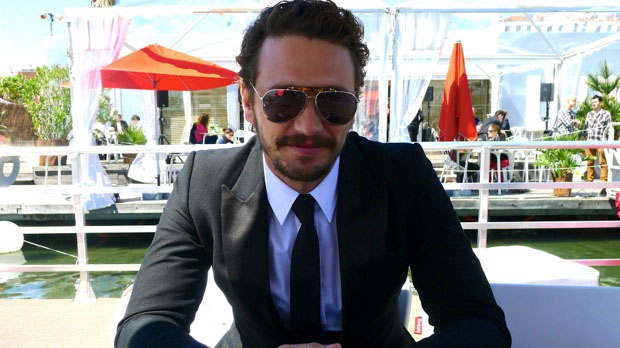 by Ariston Anderson
in Actors, Directing, Directors, Festivals & Events, Filmmaking, Interviews
on May 21, 2013

There’s a trend in actor-turned-director helmed films at Cannes this year, an impeccable direction of the people on screen. You can tell there’s a sense of trust and cohesive goal to create something great. One of the clearest examples of this is James Franco’s new feature film, As I Lay Dying, based on the great American classic by William Faulkner, the story of the death of Addie Bundren and her family’s quest to honor her wish to be buried in the town of Jefferson.

The vivid characters have come to life on the big screen through Franco’s split-screen filmmaking, led by Tim Blake Nelson as the toothless father Anse, Logan Marshall-Green as the sullen son Jewel, Ahna O’Reilly as the fearsome sister Dewey Dell, Jim Parrack as the never-complaining Cash and Franco himself as the surly Darl. It’s not an easy story to watch, but its characters reveal to us a symphony of American motives and desire, as the family tries to stay afloat against every obstacle thrown their way. Faulkner claimed to write the story in six weeks without changing a word, and the film clearly shows Franco’s similar drive in seeing the narrative blossom from beginning to end.

Franco has been obsessed with making the book into a film since first reading it, along with another directorial project of his, Cormac McCarthy’s Child of God. Wearing a tuxedo and bamboo-detailed Gucci aviators, Franco sat down with us at the Canal Plus tent on the Croisette to share why he decided to pick up the camera in the first place, along with some of the lessons he’s learned and applied to his own filmmaking from working with cinema greats over the years including Danny Boyle, Gus Van Sant, Sam Raimi, Harmony Korine, Robert Altman, and Judd Apatow.

1. Create your own dream job. It’s not going to be handed to you.

I’ve been acting in movies professionally for 16 or 17 years now. I’ve been a movie-lover for longer than that. And I remember when I was only acting people would ask me, “What is your dream role, what movie would you love to do if you could?” And for a long time my answer was I’d love to play a young Tennessee Williams or the poet Hart Crane.

But then it would just sit there. I would sit around and wait for some filmmaker to make those movies and ask me to be in them and nobody ever did. So then I started directing my own films.

2. If you’re looking for a great story, remember the classics.

I have a literature background, and I learned that when I turn to that it did a lot of things for me. It gave me great stories. But it also gave me something else. It showed me that when I work with a source that I love, that’s written by someone that I respect immensely, it makes me work even harder, because I feel a great responsibility to the source.

3. Surround yourself with people that push you to be better.

And I learned that on just doing short films at NYU. I used this poem called “Herbert White” by Frank Bidart. And Frank became a friend of mine. And the fact that he allowed me to use his poem and then that Michael Shannon acted in it, I had these two giants in my world who were doing my project. So I didn’t want to let them down. And it showed me among other things that working with great people, you make better projects, and when you collaborate with great people, you make great things. But also that starting with a great source makes me better.

What I see in Danny Boyle is somebody who picks subjects that push him, technically and formally, to try new things. So if you look at his body of work, each subject in each film is different. It’s made in a different way, and part of that comes from the subject. So for example, our movie, 127 Hours, how do you film a man isolated in a canyon and make that feel dynamic? He had to discover it. And a lot of it was discovered as we made it.

5. But at its core, directing is about entertaining.

But in addition to trying to be innovative and challenge himself, [Boyle] is also someone that wants to entertain. So he has those two forces in all of his movies and you can see that informing all the decisions in the movies and the subjects he chooses and the way that he makes them. 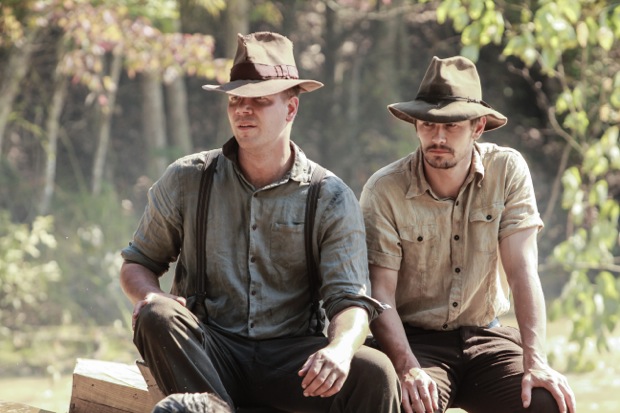 As I Lay Dying

6. Find your perfect collaborators and let the work come out of it.

With Gus Van Sant, everyone will say, “Oh, Gus has very little to say on set.” But one of the reasons that he doesn’t have to say much is that he is a master at assigning people to the perfect roles and bringing the perfect people together on a project, whether it’s casting the right actors or using Harris Savides (may he rest in peace) for the past decade or so. So that when all these elements come together, he can just stand back and let them naturally coalesce. And every once in a while he’ll come in and make little adjustments, but it doesn’t need to be forceful.

7. Be a director that people want to hang out with, not fear.

The other thing about [Van Sant] — and it sounds like a small thing, but I think it’s a very big thing — is he’s consciously relaxed on set, so that everyone feels that they’re free to try things or contribute.

And that’s something that Sam Raimi is good at in a different way. He deals with the biggest productions possible, but he never loses his cool and is the most fun to be around on a set. And that’s important because if you’re going to work six months on a project, sometimes seven days a week, you want everybody to want to be there, because they’ll continue to give you their best. So you want to be around someone like Sam, and you want to work for Sam because he’s so fun and he brings out the best in everyone.

8. Communication is key, with everyone from your A-List star down to your digital effects artist.

And then also [Raimi] really showed me that there are essentials to filmmaking. Right? You usually have a camera of some sort, performers of some sort, and those departments that run these things. You usually block scenes, or at least have a freeform kind of blocking or whatever, but you have certain things that are very true to a small movie, very true to a big movie.

When you have all these other departments on a large effects movies, they’re just extensions of the essential aspects of filmmaking, and they’re just other departments that you collaborate with as a director. And he really showed me that it’s not a daunting thing. It’s just communicating with more people, more artists, other craftspeople to achieve a different effect.

Harmony Korine is a master of research. Harmony is somebody who is not content with the surface level of anything. He is going to find whatever is odd or unusual or weird about a place or a situation. He’ll find the weirdest places or the most unusual characters that have never been seen on film before. We had about a year to talk about [Spring Breakers]. He sent me hundreds of photos and videos and interviews, songs, everything that went into the pot to create that character, things that I never would have been able to find on my own.

And then when we got to our location he found the most interesting places in St. Petersburg, Florida, to shoot in. He would use the real people. And he’s also very good at touching on the zeitgeist.

10. The script is key. But in the end, it’s just the inspiration for the story you will tell.

And then Altman and Seth Rogen and Judd Apatow, they all showed me that structure is important, but also the script is not the end-all, be-all. There is room for discovering in front of the camera for improvisation of behavior, or improvisation of lines and that kind of thing.

I had just worked with Robert Altman on this film called The Company. As far as I know, he didn’t use the script. We’d come onto set and I remember there was this scene with Neve Campbell who had a two-page monologue about the history of her dance life starting very young.

Well, we got there that day and Altman, he used three or four cameras in every setup. And he said, “Alright James, now don’t worry about that setup. You’ll walk in and she’ll be in the bath and maybe you walk over and say ‘Hello’ or say something cute. You’ll walk over to the couch, and oh there’ll be the VHS tape of her dance stuff and it’ll be her as a little kid dancing. So just push that in and you start watching and she’ll come out of the bath and you guys can say a couple things maybe about it. And maybe you kiss or something happens.”

And that was it. That was that two-page monologue gone, and it just became about the behavior. And you just do the whole scene kind of one-take and it showed me in some cases you don’t need the script, and certainly on Seth and Judd’s movies. You do the script once and then you just let the cameras roll and just find it in front of the camera.