Five Questions with Excuse Me for Living Director Ric Klass 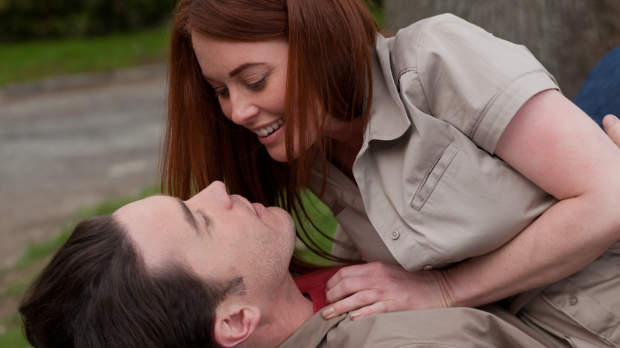 by Sarah Salovaara
in Directors, Filmmaking, Interviews
on Oct 11, 2012

Ric Klass was a teacher. A student. A financier. A consultant. An entrepreneur. A writer. Not necessarily in that order. Now, he’s a director, who, for his second feature, returned to the annals and decided to adapt his novel Excuse Me For Living for the screen. With an ensemble featuring the likes of Christopher Lloyd and Jerry Stiller, the black comedy follows a trust-funded, pill-popping megalomaniac as he wades through treatment, his psychologist, his dysfunctional parents, his paramours, and the group therapy sessions he’s been snookered into managing. Klass speaks about his career transitions, craft, and Excuse Me For Living below. The film hits theaters on October 12.

Filmmaker: You’ve had something along the lines of nine different careers. Have you ever had a brush with an in-patient rehab/psych retreat like “Live Free Or Die,” the centerpiece of your film?

Klass: While not a patient myself, I have participated with individuals close to me enrolled in a treatment center where I witnessed the therapeutic process and interaction with psychologists and psychiatrists.

Filmmaker: Can you speak about your transition from entrepreneurship to film? Are there any aspects of your former experiences that prepared you for the modern sales and distribution landscape?

Klass: The role of a filmmaker is that of an entrepreneur if he wishes to keep making films. This is clearly pointed out in Ted Hope’s introduction to [Jon Reiss’ book] Thinking Outside The Box Office, which I read and took very seriously. I think his comments emphasizing that filmmakers need to know the business of their field [are] very relevant.

The business of filmmaking requires knowledge of budgeting, scheduling, contracts, working with various trades and management skills. I brought my business experience to the table in all these areas. So in that way I felt very prepared and comfortable in the actual making of my film.

The modern sales and distribution landscape of independent filmmaking is quite another matter. The world is changing as I answer these questions. The online possibilities and video on demand offer opportunities for independent filmmakers that had never existed previously. As we see as a parallel with writers in the publishing world, independent filmmakers are not nearly so reliant on major corporations to have audiences see their work. And I think that’s a very good thing. On the other hand, there is so much more product available and so many choices that audiences have, that finding the right way to reach your intended audience is perhaps as hard as ever.

Filmmaker: You’ve got a loaded cast. What are the pluses and minuses of writing for and directing such an ensemble?

Klass: It’s hard to think of any minuses. I was very lucky that my script caught the attention of agents and the stars they represented. For me, I do think it was a great advantage that I had written both the eponymous novel and the screenplay. There never was any question of what the writer intended. The writer was on the set. Furthermore, the recognizable actors were keen on wanting to know the backstory of the characters which I was readily was able to provide from the much more detailed exposition in the novel.

I felt that my thorough knowledge of the story imparted confidence to the entire cast that the director knew what he wanted. I’m happy to say that I ended up being on very friendly terms with all the cast including the stars.

Filmmaker: Your dialogue in the film is heightened, teetering on theatrical. Do you feel that your voice as a memoirist (Man Overboard) influences yours as a screenwriter, or are the forms entirely separate?

Klass: I love articulate literature. Perhaps that spills into my writing. Book writing and screenwriting are two very different animals. With a book, the product is the book itself — words that hopefully evoke images. A screenplay is only the blueprint for the final product. The emphasis is much more on the images one is trying to create and not the words themselves. My screenplays are dialogue heavy meant for a literate audience. I’ll find out if that’s a good thing.

Filmmaker: In their first session, Dr. Bernstein (Robert Vaughn) tells Dan (Tom Pelphrey) he “[uses] language as a weapon and a shield.” True or false? Can the same be said for the visual?

Klass: I think it’s very true that visual cues can be both a weapon and shield for individuals.

As an example, those that exude confidence influence the people around them to a very large degree. Typically, one is drawn to the center of energy of such displayed power. But of course, those displaying such bold confidence in fact may be hiding behind the real weakness that they feel.

I hope I made this clear with Dan’s character. His friends think of him only as a happy and confident bon vivant. But the reality is that he’s suffering and depressed from his drug addiction. Dan hides behind a show to mask his vulnerability.