Sundance 2020 Dispatch 3: Some Kind of Heaven, Black Bear, The Fight 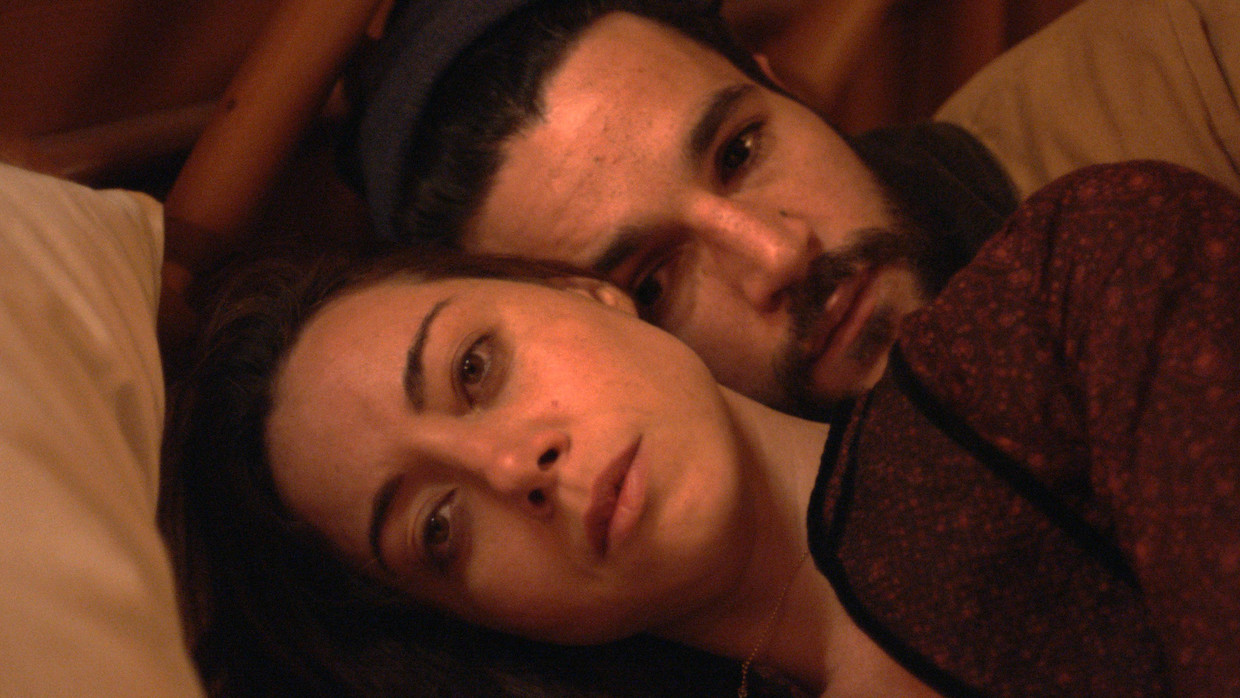 The Villages—a planned retirement community approximately 130,00 strong in Florida—has, its happiest residents say, “everything”: an orthopedic clinic, karate classes, a bank, etc. There’s overlap here with limited American ideas about what, exactly, the Good Life might look like as cruelly/accurately imagined in Alexander Payne’s Downsizing, whose community for the shrunk-down to live out the rest of their lives is a strip mall adjacent to character-less suburban sprawl. Lance Oppenheim’s Some Kind of Heaven, which explores The Villages through three subjects, isn’t here to either celebrate or roast a community established, as its founder explains in archival footage, to suggest a kind of eternal ’50s, boomer culture perpetuating itself in endless pallid copies of a fundamental unreality: town squares, movie theaters, clean crime-free streets full of aging white people. (It’s worth noting that of the 78% of voters in larger Sumter County who rolled out in 2016, 70% voted for Trump.) This isn’t an organic town, rather a well-funded site for perpetual denial, but the ultimate outside reality of death cannot quite be denied or excluded. Hence, a scene where a funeral plan salesperson addresses a lunch group of potential clients: “What if your passing happened right now at the restaurant?” (Specifically, at Applebee’s.)

Oppenheim (working with DP David Bolen and editor Daniel Garber) immediately establishes his formal bona fides, cutting immaculately-composed 1.33 aspect ratio tableaus at a relentless pace—before settling down into its three arcs, the film is initially so fast it can seem like a trailer for itself. This opening scene-setting extended montage is unavoidably funny, and its precision is just this side of Ulrich Seidl’s precise, (sometimes) justifiable cruelty: in the face of an absurd reality, best to just film it as elegantly as possible. Annie and Reggie Kincer have been married for 46 years, with year 47 fast approaching, but the partnership is being strained by the latter’s “spiritual” practices, which involve meditation but mostly a lot of drugs; as Annie gingerly says, “When we got married, he was not so…unique.” The recently widowed Barbara Lochiatto is both freshly single and, out of financial necessity, still a full-time worker: can she find love with a golf cart salesman enthusiastically into the Jimmy Buffett (“Parrothead”) lifestyle? Most intriguingly, there’s Dennis Dean, who’s spent his whole life running through girlfriends and now finds himself living out of a van, faking residency status while trying to find one last lady to live off of, a goal he doesn’t attempt to euphemistically phrase.

It’s hard not to note that Oppenheim is all of 23 years old, which is less interesting in terms of how impressive that this is his first feature (although that is impressive) than re: how the POV friction the gap between his age and those of his subjects manifests itself. A young stranger in the land of old age, Oppenheim spends little time dwelling on the most obvious aspects of physical infirmity, taking the health and well-being of his subjects as a given. The staging of each shot obviously took thought, and the attendant time required to think things through—this is collaborative work, whose semi-artifice is transparent in the results—but there’s also a tension between the speed at which the film proceeds and the pace its subjects can manage. There’s only one truly wince-inducing scene, and it’s notable that it’s one in which Oppenheim substitutes his gaze for four security cameras, their viewpoints split-screened, capturing Reggie’s court appearance for a drug bust—the drug-addled senior hangs himself before an impatient judge in real time, the results as excruciating as watching any libertarian blowhard discover that his First Principles do not in fact fly in court. (Though the scene is also a reminder that the US’s narcotics laws are straight garbage, in no way justifying “but you broke the law, and we must respect the law” dragooning.) The rest of this goes down, more or less, easy—shot with a visual discipline rare in US nonfiction, edited for no dead time (TRT: 81 minutes!), a sleek first feature shot across the bow.

Lawrence Michael Levine’s Black Bear is a movie in two clearly labeled parts (literally: “Part 1” and “Part 2”), but really it’s divided in three. Part one: actress-turned-director Allison (Aubrey Plaza) arrives at an upstate NY house, a half-assed, friend-of-friend-referral variant on an Airbnb, where her hosts are doofus beardo Gabe (Christopher Abbott) and second-trimester pregnant Blair (Sarah Gadon). Allison’s there to relax and maybe work on a new screenplay; Gabe and Blair are there to re-enact Who’s Afraid of Virginia Woolf? on whoever drops in. Since Allison’s forgotten (?) to bring her husband, that means a triangle of hostility rather than bilaterally matched mutual aggression. Blair is angry that Gabe, a former professional musician, didn’t take out the trash, so initially she aligns herself with Allison: “So rarely do I get to talk to a real artist.” There’s a lot of smart, mean talk in this first part, reminiscent of Levine’s first feature, Gabi on the Roof in July, the only movie of the tail end of the mumblecore-proper era I remember in which someone actually mentions paying rent, let alone gets mad at all the other “artists” in the apartment for not getting a job to also pay rent. Yes, a heard-but-not-seen bear’s lurking somewhere in the woods, but before there’s time to figure out what the metaphor might be there’s a long, increasingly drunk/stoned dinner party where horrible things are said all round and an attraction between Gabe and Allison develops. Knives-out humor is subsequently traded in for psychosexual drama in the second half of this first part—definitely not my speed but done with a certain formulaic quality that increasingly throws airquotes around the whole plot, so I waited to see what happened next.

I wasn’t super-surprised when the movie short-circuited and the second part started with the same shot as the first (Allison, in vaguely symbolic red swimsuit, sitting on the pier): “Oh, it’s like a Hong Sang-soo movie,” I thought. But when Hong tends to put his performers through the same situation two or three times in the same movie, he places them in different locations with the same problems, or has them make different decisions that lead to different outcomes—their choices change, his formal ones don’t. Levine immediately trades in the admirably disciplined coverage of the first half for overt handheld to signal difference and switches which woman is in pole position—now we’re watching the making of a movie that’s basically (but not quite) the first half, with Allison an insecure actress married to Gabe and Blair the ingenue he’s using to manipulate her performance. The tone, too, is different: Day for Night but broader and goofier (one of the ADs has explosive diarrhea, rendered in deliberately unconvincing foley), again spiraling into jealousy and bad mojo, with a whole crowd (read: audience) to watch. As a Hong fan, I have zero trouble with structurally mirrored movies about infidelity, and as a general fan of Baumbach-derived meanness I could care less if this is reminiscent of other movies about NY bohos spinning their rhetorical/sexual wheels. It’s simply that I only wanted the first of the three movies on tap here, and was very tired by the time it was over.

Elyse Steinberg and Josh Kriegman were at Sundance in 2016 with Weiner, a fantastically/ghoulishly entertaining,  portrait of a candidate imploding over and over that’s fundamentally unrepeatable: no one lands complete access to a subject like that twice. The following year, Trump’s inauguration coincided (as, I suppose, has each one since 1984) with the start of Sundance; three years later, Steinberg and Kriegman are back with The Fight, their Weiner editor Eli Despres now promoted to co-director status. This is a serviceable, not-unlikable portrait of four ACLU lawyers working various lawsuits against various vile/legally questionable Trump “policies.”

Given that the Trump administration generates so much “news” (endless proclamations of hiring decisions and press releases muddying the waters when they’re not going for it legislatively) that it’s nearly impossible for anyone who’s not a full-time political journalist to keep up, there is a decent argument to be made for documentaries that recap extremely recent history and remind us of what’s happened so far. The Fight tracks lawsuits pushing back against stripping trans service members of their military service (without wondering too hard about how to reconcile liberalism with the kind of “support the troops” messaging this aligns with), early endeavors to strip abortion rights, et al.—there’s obviously a lot to undo before it can be implemented. I don’t have a great deal of patience for the argument that the Trump administration is more toothless than not simply because they’re too incompetent to accomplish anything—”they’re too dumb to succeed” is kind of how we got into this mess in the first place—and the ACLU clearly deserves commendation.

The opening stretch is a little rough: a montage of ACLU history is scored to a brass ensemble that’s occasionally punctuated by turntable scratching, prompting me to wonder what year this is. And I am continually baffled by the idea that footage of migrant parents being separated from their children et al. should be accompanied by sad violin and piano, lest anyone miss that this is in fact not a good thing. There is another, less familiar dimension to The Fight in little non-on-message scenes. There’s a sequence of various subjects showing the filmmakers around the ACLU offices, bitching about people with tonier offices or nicer views than their own—the “intern den” is an open-floor nightmare of young people hunched over laptops, too low down the totem pole to merit access to natural light, and everyone’s working real nonprofit hours. Even funnier are snapshots of Lee Gelernt, a lawyer working various immigration-related cases. Sitting at his desk, he runs through hydration/snack combos like a true desk warrior trying to simultaneously be “healthy” while also giving up: the image of him sitting before two cans of Diet Coke, a grapefruit-flavored Spindrift and a liter Ziploc bag of sliced raw vegetables is fairly indelible. (Better still is the look on his face when he plugs in his iPhone, jiggles the charger cord and realizes it’s not charging, a very specific thing I haven’t seen onscreen before. What’s even funnier is that months later, his charger still isn’t working. You’re a top lawyer for the ACLU, dude. You can afford a new one!)

There are many such fragments throughout, but they’re programmatically sprinkled at strategic moments as—however you want to put it—”humanizing touches” and or “comic relief.” There is a different version of this movie embedded solely in the ACLU’s POV, that makes such details an interchangeable part and parcel of the issues at stake, as they must be for the lawyers who work these day-in day-out. Instead, what we have is an eminently well-meaning  call to arms, with a closing reminder from the subjects that it’s not lawyers but We, the People, who can turn things around. I’m not so sure: I suspect the lawyers have a much better chance of getting anything done at all.