Teaching a Production Class During a Pandemic 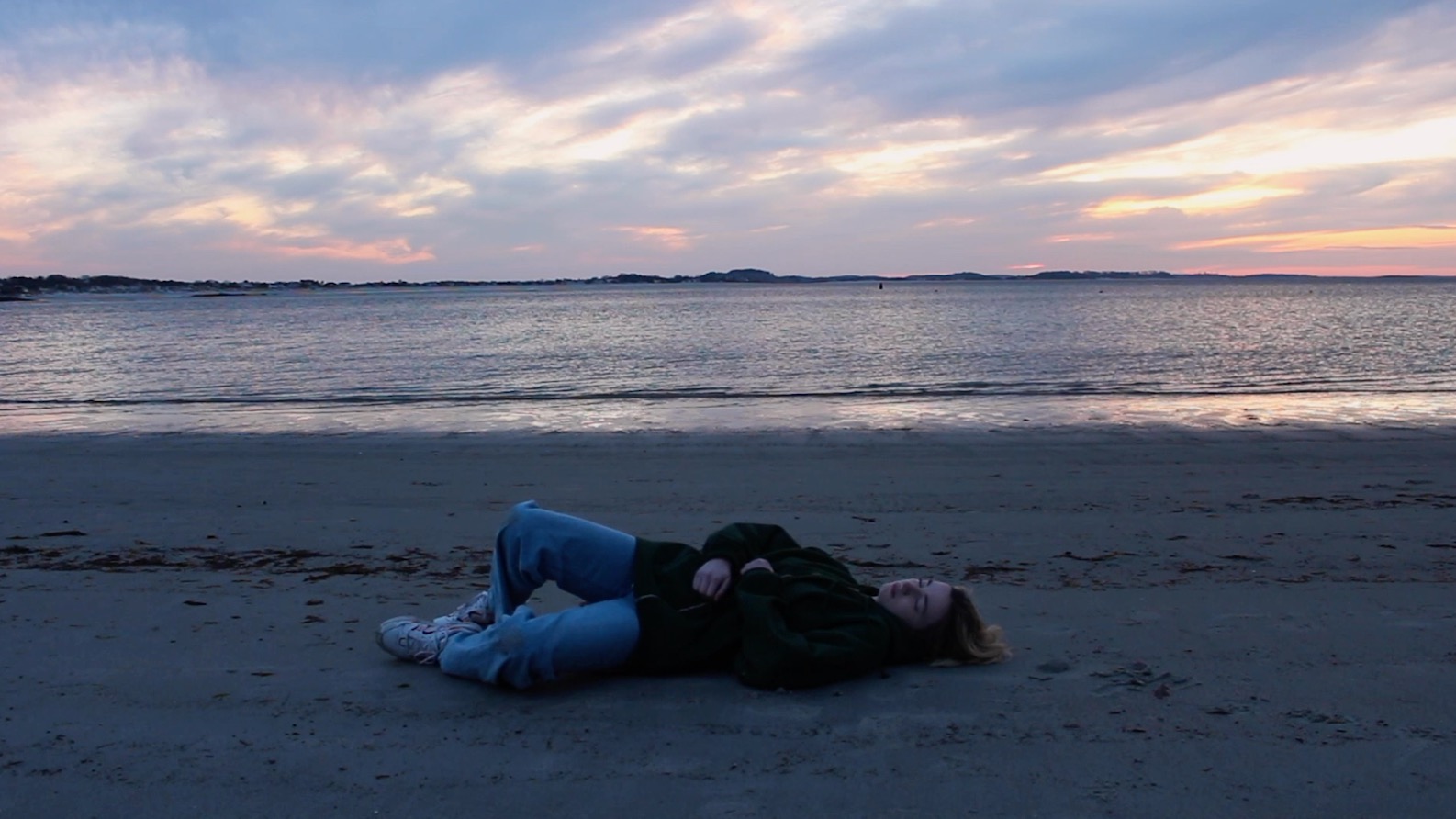 Just before Spring break, I took one of the production classes I teach at the New School’s Screen Studies department on a field trip to a New York post-production house, Goldcrest Post. The date was March 11th, and while there were mounting fears about the novel coronavirus, only a handfull of cases had been confirmed in New York City.  As my class walked the four avenues from The New School to Goldcrest’s West Village facility, we chatted. Despite the budding trees and pleasant disposition of the day, there was a palpable tremor of uncertainty in the air as the students told me of that week’s large empty lecture classes and rumors of courses moving online after Spring break. For us, how would that even be possible given the hands-on nature of teaching film production?

The uncertainty of the moment was somewhat banished upon our arrival and warm welcome at Goldcrest, where the charismatic managing director Domenic Rom gave us a tour of the facilities. After the tour we regrouped outside, and clutching the swag they had been given on their way out, my students seemed imbued with a new excitement for the professional possibilities of color grading, sound mixing and foley. Before releasing the students into the warm Manhattan afternoon, I gave them a homework assignment for Spring break. Each student was to give serious consideration to a short film that would be that semester’s final assignment — a work demonstrating the production and analytical skills they had learned thus far.

Less than a week later, New York City’s bars and restaurants were closed. A few days later, on March 22, a stay-at-home order was issued for the entire state. In the weeks that followed, COVID-19’s devastating impact on New York City would become evident, and a vibrant city became suddenly desolate.

The official news that all New School classes were to be migrated onto Zoom arrived in my inbox, and I started to wrap my head around the challenge. I conferred with colleagues in similar situations and did technical tests to simulate the Zoom world we were about to enter. I also tried to imagine what this moment must be like for my undergraduate college students. As infections and fatality numbers continued to rise, and the economic impact of the shutdown started to become clear, news programs reached for other tragic moments in US history in comparison: the 2008 Economic downturn, 9-11, World War II, The Great Depression. A friend, John Moody, who at the age of 93 has lived through all of these moments (and had been scheduled to visit my cinematography class for a demo), recalled of those scary times that “there was much more of a group feeling than we have today.” Could it be that in a moment of extreme upheaval and political division, the community forged through educational institutions for their students might be more important than ever?

As I began to restart my classes on Zoom, everything felt like an experiment: how to engage students remotely and give them a safe space to speak, how to navigate the technical variables related to doing demos (computer speed, internet speed, buggy software) outside of usual labs and studios, how to successfully screen share film clips, how to focus without child care in a small Brooklyn apartment (I have a one-and-a-half-year-old baby), and a myriad of other issues.  Some days I felt like a complete failure after an exercise that had worked well in the classroom now fell flat online. As I had to pivot away from some of my syllabus’s hands on exercises, I found space to have a variety of guests working in film production Zoom in. People who would normally have had packed schedules on set, were suddenly available and eager to connect with young film students. Jeff Mazzola, a second generation Prop Master who had been scheduled to be working on the show Power Book III: Raising Kanan, until Covid-19, joined one class and regaled the students with stories of working on sets for over 30 years with legendary cinematographers like Sven Nykvist.

Angela Ixim, who I also collaborated with on a short documentary for The New Yorker recently, made her powerful final project during quarantine about the importance of an undocumented immigrant to her family. Utilizing intimate vérité interviews and scenes, the piece shows how stigma against immigrants and the threat of deportation does not only affect the individual but a larger network of friends, neighbors and relatives who suffer a communal trauma.  Reflecting on the production process, Ixim said “During the [early] semester we were learning the technical aspects of how to light things, the technology that we use to make video. But because of the [pandemic], we had what we had, and that’s it. The technicality got thrown out the window, and it was really about producing from the heart.” While several students owned more expensive equipment, with students confined to home, an improvised approach — iPhones, DIY lighting set-ups, natural light, archival and found footage, and various audio solutions — defined the production process. For many students the intensity of the moment seemed to have stripped away distractions and semester fatigue and increased the personal and political stakes of their narratives. The metaphor of quarantine seemed to play out in projects like This is You, a short personal documentary by Andy Hartman that uses archival images and video from the filmmaker’s entire life as well as voiceover to explore her decision to transition genders. In another short documentary, OCD, Brittney Allotey explores her experience living through Covid-19 with obsessive-compulsive disorder. Shot and structured around a mundane series of daily activities in Allotey’s apartment, we notice compulsive and repetitive actions that seem to be triggered by watching the news. Says Allotey of the pandemic, “It’s really hard, it’s like the worst nightmare for people with OCD who are concerned with germs.”

With the quarantine upending our classroom schedule, students embraced new forms. Several students created YouTube style vlog films, intercutting moments from pre-coronavirus life and speaking with friends who are essential workers. Salma Olama, an international student who had returned to Egypt for Spring break, created a lyrical essay film that contextualized the moment in Cairo through a mixture of interviews overlaid with footage of the vibrant city. Several students managed to pull off short narrative films, including the visually explorative short Best Minds by Isabelle Aronson, which explores isolation and drug addiction in the environs of a seaside town in Boston. While extreme, the constraints of quarantine almost seem like an appropriate crash course for the landscape of no-budget independent filmmaking that students could face after school.

The compassion and solidarity that I saw students show each other was unlike anything I’ve ever seen before in the years that I’ve been teaching. Reflecting on the experience recently, Allotey said, “I definitely found it [the community] helpful. We were all in the same boat. Everyone put their foot down and said we are going to make the best out of this situation.” “We became a little cinematography family,” Ixim recalls of her class experience, recalling that they exchanged messages outside of class time about projects and shooting approaches.

All of this is not to undermind the gravity of what it’s been like living through coronavirus these past months, and the trauma that it has inflicted. As the financial implications become more clear, it could have disastrous effects upon educational institutions around the country and the film industry as a whole. But in a situation where students were facing extremely difficult circumstances, it was amazing to see the caliber of the work that was produced. In one of my final class meetings, I recall student Kayla Heppler confessing that she had stopped working on her final assignment for school, and was now doing it for herself. “Yes, that project was 100% for me,” she admitted. And in my role as a film production instructor, that is what I always want! Of course, with technical care and intellectual rigor, but with the investment that can only come when students feel ownership and pride in their work, which they truly did this past semester.

Nathan Fitch is a documentary film director based in Brooklyn, and a faculty at the New School University. Nathan’s award winning short films have been published by The New York Times Op Docs, TIME magazine, The New Yorker, to name a few.  Nathan’s debut feature length documentary, Island Soldier, was screened at numerous film festivals around the world, and was broadcast on the public television series America ReFramed. Nathan holds an MFA from the Integrated Media Arts program at Hunter college, where he was the recipient of the James Aronson Award for Social Justice Journalism, and a Picture of the Year International award.