“We Are Living Through a Transition from COVID to Consciousness”: DP Laura Merians-Gonçalves on Homebuilding During Quarantine, Safe Production and a Collective Future 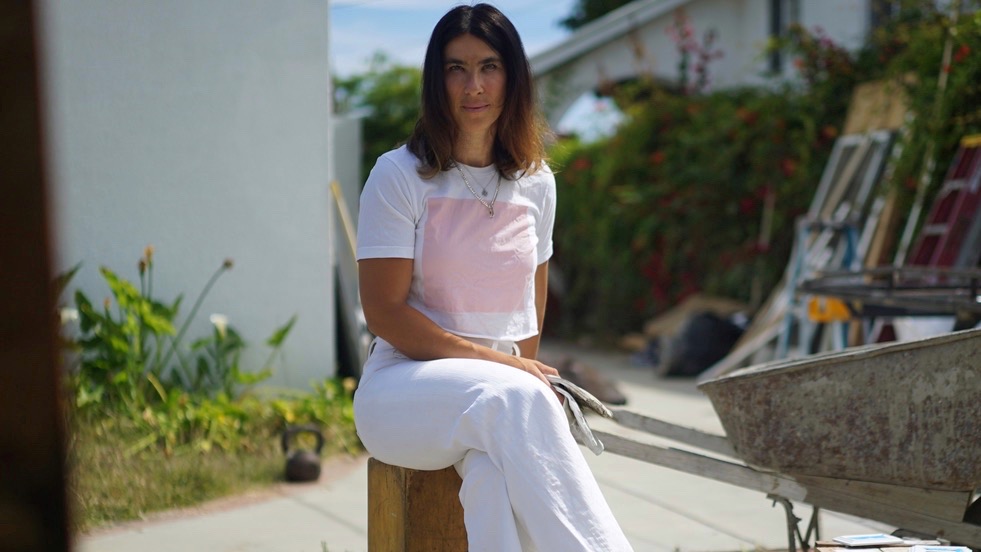 Merians-Gonçalves spoke to Filmmaker from Los Angeles in May.

Filmmaker: Where were you when the lockdown began?

Merians-Gonçalves: I was here in Los Angeles. I had just wrapped a project that I shot for writer/director John Ridley in March, while simultaneously prepping a new movie. We were about three weeks away from shooting when the lockdown started. It happened so quickly: we were scouting in the morning, then packing up the office in the afternoon.

Filmmaker: What about your future projects?

Merians-Gonçalves: All the projects I was working on before the shutdown are on pause for now. Nothing has been cancelled so far, and everyone involved is excited to get back to work. Paxton Winters and I are going to shoot another film this year. We’ll shoot abroad and plan to scout as soon as the borders open up.

Another movie which has been in the works for the past year and is conceptually meant to be a very small crew—like four people—that will shoot in Japan.

Filmmaker: Have you been screening or reading anything, pursuing other interests?

Merians-Gonçalves: Before lockdown, we had torn our house down to the studs, so we’ve been building our house around us this whole time. I’ve learned a lot about construction. I’m really into demolition, masonry and painting.

Actually, it turns out building a house is a lot like making a film. So many crafts and skills, so many creative and technically talented people working together, collaborating. First we were setting up for the wide, figuring out the master plan: layout, floor and roof. Now we are on to details and looking at things close-up.

I installed light grids, secret passageways, I painted grey scales on the ceiling. This house is a creation made out of being present every day. I would have never had this opportunity to put all my heart into it if I wasn’t in lockdown.

Since the first day of quarantine I have been delivering meals to front-liners every week through Help Feed the Frontline LA, but other than that I’ve been home: thinking, digesting, processing.  When George Floyd was murdered, some friends I grew up with in Los Angeles and I immediately joined the protests. I hit the streets to contribute and do what I do, take photos.  Seeing people come together during these 2020 LA protests has been incredibly moving and uniquely different than in years past. I was in LA in 1992, and in some heavy protests around the world, but this one is so different: young, informed, powerful.  It is very inspiring.

If you haven’t watched John Ridley’s documentary Let it Fall: Los Angeles 1982-1992, do so right away. It is a very powerful film, and sheds an important and valuable contrasting viewpoint to the voices and communities that we are fighting for today.

I’m reading a lot of poetry — for balance. It makes me feel good and sometimes it’s the only thing that makes sense.  My husband reads me ten pages from Dante’s Inferno every night.  A man in exile facing his demons: it seems very relevant right now.

Filmmaker: So your productivity hasn’t been affected?

Merians-Gonçalves: Personally I have been working very hard each day to keep my mind and body healthy and strong. I’m growing a lot and thinking about the future.  Unfortunately there is also a sadness to this pandemic.  Dreams lost, lives lost, families in grief. So I am also mourning the past.  I am working hard to stay strong, so that I can do my part to help build the positive things that will happen after this. Collectives will be formed, and there will be better opportunities for creating art, bringing different filmmakers together, and telling more truthful stories.

Patience is a motherfucker, because nobody knows what will be on the other side. But something positive will come out of this in terms of creativity. Filmmakers will be forced to be more scrappy, resourceful, and make shit happen. There will be less waiting for permission.

Filmmaker: Do you have a process for inspiration?

Merians-Gonçalves: I am feeling pretty inspired. This is the longest time I’ve had off work since my teens. It’s been nice to discover that I’m the same person regardless of the external world. So there’s been no existential funk.

I do stuff because it’s who I am, not because it’s what I get paid to do. I can destroy a wall and be happy to recreate the wall, then destroy and build it again: just to love it more. And I feel the exact same way about cinematography. David Lynch calls being inspired catching a fish. Having the house has given me a very full net.

Filmmaker: How will filming change in the future?

Merians-Gonçalves: In terms of safety, production is always risk management. When you work with professionals in this business, everyone knows how to be safe, how to take all the necessary precautions. I’m not worried about production at all.

It will definitely be nuanced and vary a lot depending on the project / budget / location.

Things will be different after this. Covid seems to have revealed the real virus. There’s been a worldwide awakening to the deep systemic problems in this country.

Film has the ability to show us how we are interconnected.  These recent tragic deaths have reinforced the severe inequalities that Black people in America continue to endure. We must be accountable to one another.

We are living through a transition from covid to consciousness, and people with power and privilege have a duty to see that consciousness through. That requires listening, learning, vulnerability, but ultimately positive change and action!

Historically any time big devastations have happened, entertainment always comes back. I remember working on 9/11, every production in the world shut down. The DP on our film, James Glennon ASC, made a speech from the lift-gate of the electric truck. He talked about the historic resilience of the entertainment industry. About how after WWI all these great films came out. He told us not to worry, to save our money and enjoy the ride.