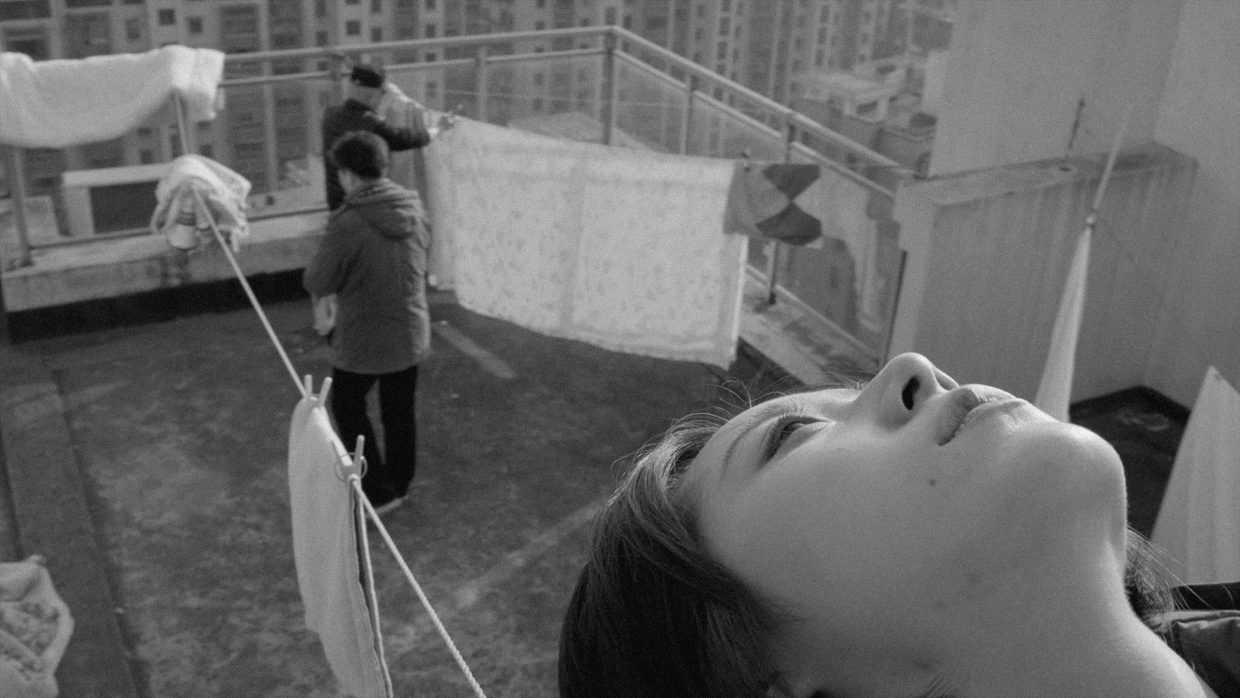 The Cloud in Her Room

COVID-19 brought two major changes to New Directors/New Films, the annual showcase of emerging filmmakers jointly presented by Film at Lincoln Center and the Museum of Modern Art. First, the festival was pushed from its usual March/April perch to December. Second, of course, it moved entirely online. In ordinary years, ND/NF takes place at the two poshest moviegoing venues in New York City, but in 2020, like almost every other communal-cultural event that makes city life worthwhile, it was reduced to a scattering of solitary viewers squinting at their home screens. Happily, the programming was up to its usual high standard, offering an abundance of creative energy and bold approaches to the medium. What follows is a report on six highlights.

As always, the festival’s selections were admirably global in scope: of 24 features, only two were from the U.S. And having been stuck at home since March, I was especially grateful for movies bringing reports from faraway places. Teboho Edkins’ fascinating documentary Days of Cannibalism is set in Lesotho, a small, mountainous country in Southern Africa, where the rural population is facing a rapid influx of entrepreneurs and investors from Mainland China. The natives are cattle ranchers struggling to survive, while the newcomers own and operate wholesale stores and factories, and are buying up and building out in every direction. One way of life seems to be ending here, or at least ailing, while another flourishes. Days of Cannibalism is a subtle, patiently observant film, gentle in its pacing and uncoercive in its rhetoric. But by the end, it leaves you with a palpable sense of the desperation and anger provoked by the disruptions of global capital.

Most of ND/NF’s slate is culled from top-tier festivals such as Venice, Locarno, and Sundance; Days of Cannibalism had its world premiere at Berlin, as did the Austrian director Sandra Wollner’s The Trouble with Being Born. Wollner’s film carries the additional distinction of having been pulled from a major fest (Melbourne), after a journalist enlisted two forensic psychologists to decry it as child pornography. (One of them even took the time to watch part of the movie before condemning it.) Non-credulous and non-literal-minded viewers will easily recognize that the film is nothing of the kind, although in fairness, you can somewhat understand the psychologists’ confusion. The Trouble with Being Born is a serious work of art, but it takes a cool delight in provoking the audience into thinking it might be something other than that at first. 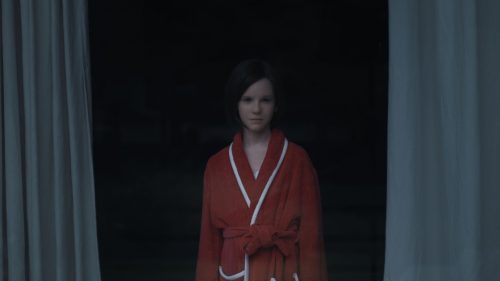 The Trouble with Being Born

In the early scenes, a middle-aged man secludes himself at a lakeside house with a blank-faced, worshipful young girl who calls him “Papa,” and the two share a closeness that’s discomfiting from the start, and gradually grows alarming. (The spoiler-averse reader is advised to skip the rest of this paragraph.) But before long, we realize that the girl is an AI android, and when she runs away halfway through the movie and is reprogrammed to serve as a companion to an elderly widow pining for a long-lost sibling, Wollner’s real subject emerges: the crazed shapes that need and desire take. The girl adapts to her new identity like clay to a mold, forming her personality and memories to fill the void in the old woman’s heart. At its best, the film calls to mind Cronenberg and Kubrick in its formidable intelligence, its elegant and expressive visual design, and its willingness to court accusations of inhumanity in exploring what it means to be human.

One of the cinephilic pleasures of ND/NF is seeing how younger directors absorb and synthesize different strains of filmmaking. In Zheng Lu Xinyuan’s debut feature The Cloud in Her Room, which took the top prize at Rotterdam, a recent college graduate returns to her home city of Hangzhou for Lunar New Year. Mizu (Jin Jing) visits her divorced parents, ruminates on how Hangzhou has changed, and blows hot and cold in her relationship with her photographer boyfriend. The story is about a young woman trying to sort out her feelings and figure out who she is; the form of the film is likewise indeterminate and ever-shifting. Zheng Lu adopts a freewheeling, try-anything approach that switches styles from moment to moment with exhilarating promiscuity: austere slow-cinema long takes, faux-documentary interviews, eye-popping camera and editing effects. Some of the scenes might be dreams, flashbacks, or fantasies, but they’re not clearly indicated as such, and they carry the same narrative weight as the “real” moments. It all hangs together, messily but gloriously. This study of youthful aimlessness doesn’t avoid a certain aimlessness itself at times, but I gladly forgave its longueurs. The Cloud in Her Room is a stunning work of personal, poetic cinema.

A debut like Zheng Lu’s gives the impression that the director could go anywhere next. The Toronto-based filmmaker Kazik Radwanski, though still a “new director,” found his path early on and hasn’t veered from it. Radwanski’s first feature Tower was a standout of ND/NF 2013, and his third, Anne at 13,000 Ft., is even better while being very much the same kind of thing. (I haven’t seen his second, How Heavy This Hammer.) Tower was about an introverted man in his 30s muddling through what could be either a hyper-extended adolescence or early-onset middle age, while the titular Anne (played by the remarkable Deragh Campbell) is a woman in her 20s who is, if anything, too extroverted for her own good — her eagerness to get close to people spills over into neurotic neediness and unerringly inappropriate behavior. In both films, a highly mobile handheld camera embeds itself with the troubled protagonists, its unusually tight framing bringing us right up close to them and leaving us there for the duration. We are immersed in their messy lives, their missed connections, and their fleeting moments of relief or escape. These movies are studies in misery, but Radwanski extends to his characters a level of compassion and mercy that they’re incapable of offering to others, or to their own sad, stunted selves. 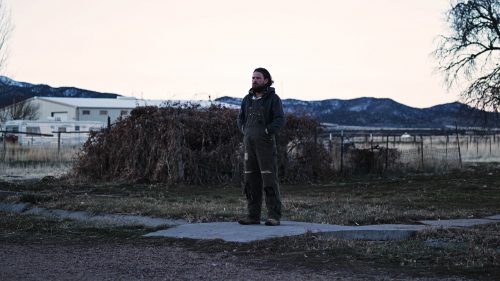 The Killing of Two Lovers

With its blood-and-thunder title and fraught opening image — an anguished young man aiming a gun at a sleeping couple — Robert Machoian’s The Killing of Two Lovers promises something that it never quite delivers. But what this Utah-set indie delivers is more interesting than what it promised. The man lowers his gun and sneaks out of a window, then runs down a snowy small-town street until he reaches his own house. His name is David (Clayne Crawford), the woman is his wife Niki (Sepideh Moafi), and she and their four children are living apart from David because she doesn’t know whether she wants to stay married to him. David is by all appearances a kind, decent man, but losing his family has unhinged him. However — without giving too much away — the threat of violence that launches the film and hums in the background throughout proves to be something of a misdirection. Mostly, The Killing of Two Lovers is a subdued and sensitive character study and a moving portrait of a couple fumbling toward an uncertain future.

The ingenious subversion of expectations is also at play in Arun Karthick’s Nasir. If you read up a little on the film before seeing it, you’ll learn that Nasir takes on the weighty topic of religious intolerance in Modi’s India. But Karthick addresses the topic in a highly unusual way: he ignores it, for about 95% of the movie’s running time. What he gives us is a casually paced day in the life of the title character, played by theater director Koumarane Valavane. Nasir wakes up, sees his wife off on a trip, goes to his job at a fabric shop, prays at a mosque, recites a poem to his colleagues, worries about money, helps close up the shop, and heads home for the night.

The film’s finely detailed rendering of this Muslim everyman’s everyday routine holds our attention, but here and there, hints of conflict press in on the corners of Nasir’s world — a crass co-worker’s anti-Islamic remark, Hindu nationalist propaganda blaring from a nearby PA system — and we lean forward, waiting for the explosion to come. When it does, in the movie’s final moments, it’s devastating, appalling, but not entirely surprising, since Karthick has been leading us there all along. Nasir’s narrative strategy of underplaying its ostensible subject is more than just a clever trick. It reveals the true theme of the film: the inescapability of politics, shown here in its most detestable and destructive form. If most of the movie can be seen as a tribute to the inner lives of ordinary individuals, its ending suggests the opposite: individual lives count for nothing before the seething mass of larger social forces swirling around them.