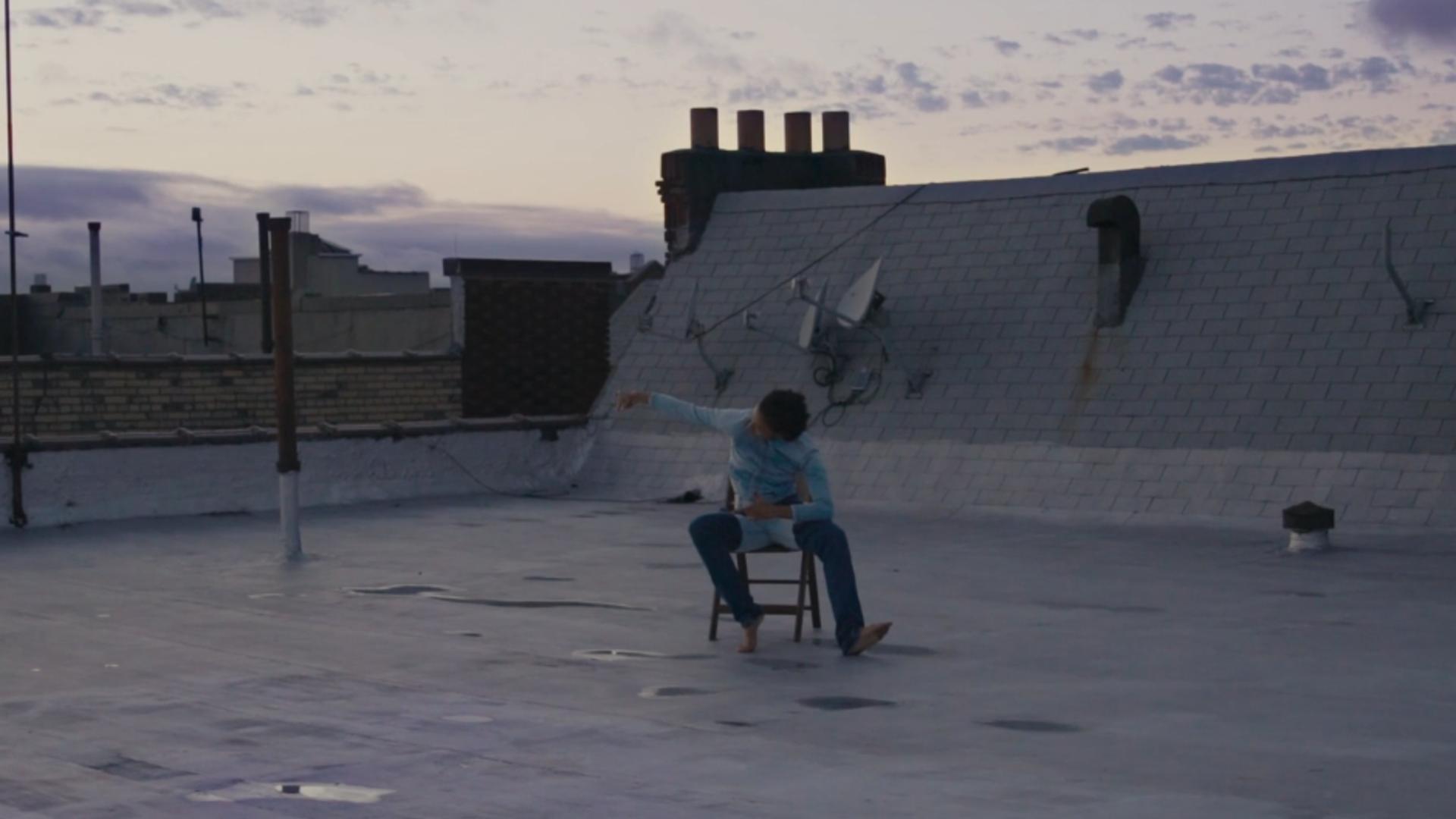 In Place of Monuments

Each day of the 10th edition of the BlackStar Film Festival begins this way: founder Maori Karmael Holmes and filmmaker-artist Rashid Zakat, along with rotating guest hosts, co-host the fest’s version of a morning talk show, “The Daily Jawn.” Like many others festivals, BlackStar was in a hybrid format this year, with in-person screenings at outdoor venues in Philadelphia; for virtual attendees like me, “The Daily Jawn” served as the closest connection to Philadelphia, the city BlackStar grounds itself in. While it has the structured feel of a broadcast show, Holmes’s vibrant and colorful outfits, the friendship between its hosts and the Trashterpiece Theater animations by artist Vision, which humorously recreate big moments in BlackStar’s history, makes the festival’s approach to a warm welcome clear. Laughter is always balanced with time for filmmakers to delve deeper into their works, potentially more than the pre-recorded Q&As may have.

Considerations of how violent forces like white supremacy shape and burden people is not a theme at all new to BlackStar. In the first edition with BlackStar as an Oscar-qualifying festival for short films, much of the work in this year’s program approached these questions in ways that played with our experiences in places, both physical and digital, and how we interact with them. This was especially present in Naima Ramos-Chapman’s nine-minute experimental short, In Place of Monuments, centered within the audio of a conversation between the filmmaker and a friend recounting being arrested at gunpoint on a rooftop in their neighborhood when they were teenagers. Chapman places herself on a rooftop with a single chair (it’s unclear if this is the same rooftop) and dances, lifting her body up and back down low to the ground. The monuments she is creating is one that lives entirely in the body, and she is using the roof as a space for reclamation. As she noted in her segment on “The Daily Jawn,” “What still exists in the body? And can you sense that when you’re moving?” The body may be keeping score, but Chapman uses hers to cast aside the lingering effects of her experience through movements, creating something much more healing.

Juliana Kasumu’s short documentary, BABYBANGZ, centers on Anastasia Ebel’s titular New Orleans hair salon, following Ebel as we learn more about her and her approach to the salon. Much of the film is captured in one salon room of the salon as Anastasia, other members of her staff and clients of the salon discuss the role of a Black salon in general, and more specifically, Babybangz’s approach. As the camera moves slowly around the room, we hear the women discuss the trust that goes into picking a salon, transitioning from relaxed to natural hair, and how Anastasia is mapping her salon’s future by requiring her staff to read certain works to understand how their work is more than just the hair they style. A Black salon is a place of great vulnerability the moment a stylist’s hands touch your hair. Cuts in the film happen at times where I could imagine myself pausing to laugh or react as if I were in one of Anastasia’s chairs—a trust she would not take lightly.

The archive lives, breathes and shifts in a multitude of ways, and I’ve been particularly excited by how filmmakers of color in recent years have been looking back to critique, reframe and honor. Janah Elise’s short archival documentary, Melting Snow, examines Puerto Rico in 1952, when the mayor of San Juan partnered with Eastern Airlines to bring two tons of snow to the island for Christmas. The film begins with this particular moment, showing children and adults building snowmen, shoveling snow and throwing snowballs. The starkness of the white snow as a metaphor for white American assimilation is quite literal, but could be no better expressed than in this act. Water, now liquid, then illustrates the movement of Elise’s and others’ families from Puerto Rico to the U.S. for labor and the movement of resources from other parts of the Caribbean and Central America. These moments in Melting Snow felt reminiscent of Anthony Banua-Simon’s documentary Cane Fire, which explores the bright, sunny Hollywood imagery of Hawai’i in comparison to its colonial past and present as a result of U.S. intervention. The affinity is particularly felt when footage of beautiful beaches at sunset cuts to images of a rain that gently builds into a thunderstorm as a voiceover states, “The U.S. has always wanted P.R. as a showcase. Look at the type of exploitation we’re subjected to.” That thunderstorm flows into a hurricane captured, instead of on film, on what seems to be an iPhone. In ending with this torrential water destruction, the film reasserts that the U.S., like the snow that melted on the island all those years ago, is still seeping into Puerto Rico and its neighbors, much at the cost of those in the diaspora.

Tracey Deer’s semi-autobiographical narrative feature, Beans, foregrounds the development of solidarity between Indigenous women against its traditional summertime coming-of-age arc. The film is centered on sweet 12-year-old Tekehentahkhwa (Kiawentiio), affectionately also called Beans, as she’s exposed to how the outside world views her and her people during the summer of the 1990 Oka Crisis, also known as the Kanesatake Resistance. The Mohawk led a 78-day-long protest against the Quebec police and Canadian military forces in response to the proposed expansion of a golf course into Mohawk land that included a burial ground. Deer interperses news and documentary footage from the crisis between fictional moments; at first, this choice seems to be a way to lessen the impact of watching the violence white Quebecois enact on the Mohawk, but as she noted in the post-screening Q&A, Deer is instead using it as a way to corroborate the intensity of what occurs in the narrative scenes.

These moments don’t necessarily disrupt the overall film, and I understand Deer’s instinct to further prove the reality of what happened. However, I was most interested in the way Deer illustrates how young solidarity between young women can begin, in part as a means of weathering the world. Beans does what many of us do when you grow up in community with generations of women—she mimics. In a lovely small moment, her mother—pregnant, hands strong on her hips—questions a police officer as they try to cross the bridge into town. Beans stands behind her in the exact same position, chin defiantly raised up. And, in an effort to feel older, Beans grows closer and starts to mimic April (Paulina Alexis), a teenager not much older than her. After teaching Beans how to handle pain through practicing with what looks like a switch, April says to Beans, “If you can’t feel pain, then no one can hurt you.” Beans and April, later revealed to be a survivor of sexual assault, initially manifest their pain in similar, slightly self-destructive ways as they navigate how to pinpoint anger at situations they did not create, but what becomes most clear is the care and protection they have for one another. What they each carry may weigh differently, but they share the burden together.

I was most pleasantly surprised by Lina Soualem’s Their Algeria (Leur Algérie), whose initial focus is the surprise separation of the filmmaker’s grandparents, Aïcha and Mabrouk, after 62 years of marriage. Instead of focusing on the intricacies of their separation, the film moves into exploring the long-standing effects of leaving Algeria and witnessing the fight against French colonization while living as immigrants in France. Grandmother Aïcha is a formidable woman, the kindwho buys her own “Best Grandma” wall art to compliment herself when her family doesn’t. She laughs easily, covering her face with her hands, a recurring action especially when Lina or her father ask deeper questions about her experiences. Mabrouk is more hesitant in sharing with Lina, and the framing of him often communicates that the alienation of his experiences weigh heavier on him. Each have dealt with the weight of exile in their own way—Aïcha with her great love of people, Mabrouk by connecting his people to resources when he could but keeping them an arm’s length away. Throughout the film, conversations are filmed with each of them with Lina’s voice ever-present, and there is a warmth to them that makes this thoughtful exploration of their pain nonetheless a joy to watch, like so many other works BlackStar champions.