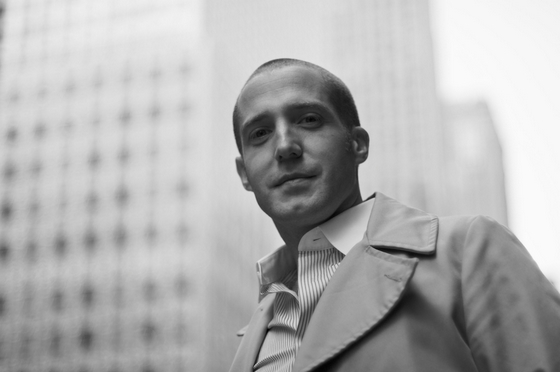 In the summer of 2009 I had the pleasure of attending the Maine International Film Festival in Waterville. Not only did I get to meet one of my favorite authors and find an actor I will use for life, but I also had the pleasure of meeting Alexander Berberich (pictured below). It is my hope that I can work with Alexander until we are very old, bitter men, and I recently asked him for his viewpoint on international micro-budget filmmaking. Alexander is a jet setter by definition, and whenever I speak to him he seems to be in a new country for the day. His latest film, Bonne annee, was at the fest, and it is a masterpiece of micro-budget filmmaking. I asked him to write about his experiences with micro-budget filmmaking outside of the U.S., as well as give us a few pointers. 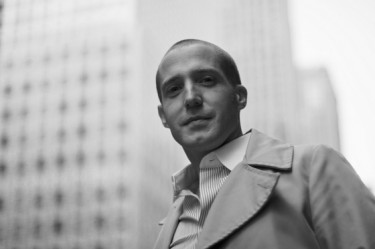 Whatever way you look at it and wherever in the world you choose to do it, there’s no escaping the fact that filmmaking is tough. It’s so tough, in fact, that many people give up on the idea after a decade or so in the business. I was on my way to calling it quits, too, but what began as me giving up on my “movie career” by moving to another country, turned out to be my rebirth as a filmmaker.

I was bitter, jaded, pissed and mentally and physically burned out — it was time to throw in the towel.  Time to give up on my life of film at just 26. It’s true, it sounds young to be giving up. But I had an idealistic notion that if I started working on films in any capacity, I could climb the ladder. Little did I know that the ladders in Hollywood tend to have hidden glass ceilings. There is a clear line between creative talent and production. I was on the production side, and after years of working on sets that I was less than passionate about I had had enough.

But, for me, a change was as good as a rest and, eight years on I have grown, learned and acquired a wealth of knowledge related to making films outside the U.S. that has enabled me to be more productive than I ever thought possible.

Am I saying what I did is the way to do it? I know plenty of other filmmakers who are successful taking the more traditional approach. I, on the other hand, did not, and found my route to be more intellectually and artistically rewarding than it would have been otherwise.

Living and making films in Costa Rica and Argentina was and is an extreme pleasure. Unlike working on a film set in N.Y. or L.A., where all of my colleagues are stepping on each other, trying to reach the next rung on that glass-ceilinged ladder. Moving to Costa Rica on a full-time basis in 2003, I was immediately embraced, welcomed and respected as an already accomplished filmmaker. This gave me the confidence boost I needed to delve back into my passion.

Why did I start making films in Costa Rica and Argentina? I was a bitter filmmaker who had headed south to escape a filmmaking world I’d begun to despise. Once in Costa Rica, working as a photographer for a local newspaper, people learned that I had been a filmmaker in the States. My work as a producer on a small cult film, Moby Presents:  Alien Sex Party, and my Hollywood crew credits established me as legit in the small film community there. In time, I was inspired to once again pursue my passion. But that wasn’t hard when so many people were offering their assistance. It was not a chore. I wasn’t begging and borrowing and feeling guilty about asking a friend who is a grip to work for free on his very short weekend off from a grueling set in Manhattan or Hollywood. I was embraced, and not just by film people, but by the cultural community as a whole.

I basically went back to zero and started all over again on short films. Little by little, these projects got bigger and bigger. My filmmaking took me all over Central and South America, and the experiences were the same everywhere I went. And when I was paying for stuff, it was at a fraction of what it would cost in the States. After a few years of this, it was time for me to direct my first feature. For this, I went to Buenos Aires — where again, I was welcomed with open arms. My feature film was micro-budget but with more than 13 years of producing/production managing experience, I have no question that it would have cost ten to 15 times more in the States. Even if I called in every favor I had, it would have taken much longer to make and the quality would have suffered.

From my experience, a micro budget will go much further in a developing country.  For one thing, I was able to attract talent to the film that I had not anticipated because they were interested in seeing the country in which I was shooting.  Plus labor is much less expensive and the people I was working with had much more enthusiasm than the jaded folk I’d left behind in the States. Permits, often a time-consuming and expensive aspect of shooting in North America, were never required on any of my shoots and neither was costly insurance. The fact that money goes much further also meant I could afford things on the set I never dreamed possible — for example a trailer for talent, which cost just $95 a day. I only needed it for two days, but it felt so nice to have one for the talent on a cold evening in Buenos Aires.

And there are other unexpected creative benefits. Having a full crew — rather than scratching together help here and there — enabled me to focus on more of the details of the actual film than on micro-managing every aspect of the shoot.  Are you ever going to fully get away from that on a micro budget? I don’t think so. But having a professional paid crew at extremely reasonable rates — for example, $30 USD per day for an Art PA — meant that instead of making sure the paintings were hung, couch was moved and fire was started in the fireplace, I was actually able to rehearse the scene with the actors while the crew did their job.

And even if you don’t need a crew for anything, the cost of renting equipment, conduct post, etc. far exceeds the standards that I had been dealing with on a micro level in NY and LA.

The really nice thing is that I am not the first guy to do this. In both Costa Rica and Argentina, I work with extremely talented technicians who traveled similar paths to me and regrouped in another country.  In fact, I would say half of the people I work with on my film projects outside the country, are ex-pats.

The feature I shot in Argentina, though micro, felt like a low-budget Miramax Film that I had worked on in the late-’90s. I had a decent size crew that enabled me to focus on the actual filmmaking, which was a complete and utter pleasure. The last film I had made in the States was the exact same budget…but I had no luxuries. In between shots, I was shuttling people to the train station, picking up sandwiches, doing re-writes, ironing wardrobe, handling props and trying to direct. The quality of the film suffered for that.

So, you want to make a micro-budget film in a foreign country? Here’s a checklist to help get you started. 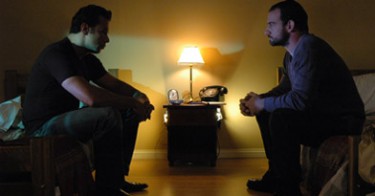 on the set of Bonne annee

•    Do your research first and make sure to establish contacts within the film community of your chosen micro film destination. Don’t panic if you don’t know anyone on the ground there yet — there are people like me all over the developing world, and Mandy.com, imdb.com and Google are good places to start looking for small film communities abroad.

•    Visit the country prior to green-lighting your own micro film there.

•    Luckily, I speak enough Spanish to carry on a conversation.  Even more luckily, my native language appears to be the international language of commerce. Still, if your location destination country is outside your current linguistic ability, it would not hurt to get someone involved Stateside who does speak the micro host language.

•    Communications: It is most helpful to have a U.S. phone number available while in your micro host destination. Avoid using your US-based carrier as you will be charged an arm and a leg no matter how good a deal you think you are getting. It is best to get an “unlocked” cell phone in your host country and purchase a local carrier SIM chip. You can use this on a pay as you go basis in most countries.  As for the U.S. number, as long as you have a static Internet line, I highly recommend vonage.com for its quality. If that fails, Skype is always a good back up.

And don’t forget to get your finances straight before you start.

•    For the most part, micro filmmakers use credit cards to get films made. Note that most cards now charge a ‘foreign currency transaction fee’.

•    Most vendors/crew, etc. in the developing world prefer to work in cash. We aren’t talking large amounts, but cash is cash and its transportation/withdrawal need to be considered. Always bring some with you. Depending on the country, you may want to research what denomination and year is preferred. There have been waves of counterfeiting issues around the world on $50 and $100 notes.  Depending on the country, they may not accept certain print years from those notes.

•    Review your bank’s policy for withdrawing funds overseas. I highly recommend opening an account with Ally Bank, First Republic Bank or any other bank that has an ATM Rebate policy, and make sure that the country of your location destination is on the list of countries that the withdrawal fee rebates are applicable to.

•    SAG — if you are dealing with SAG and their Ultra Low Budget SAG contract, remember that if you notify them that you are shooting in another country, in addition to whatever days you are actually using the actor, they will also make you pay two additional days (one day to get there and one day to get back).

I often daydream about leaving the U.S. for what seems like greener pastures in Europe or South America, and I think Alexander shows us here that there are pros and cons to taking this approach. I’ve often worried if I were to move out of my comfort zone of Upstate New York, would I still have the network of friends and collaborators to make films with? I think some of us are able to make films for nothing because we’ve spent years cultivating a dedicated crew and cast; Alexander has just managed to make his comfort zone the entire world. He is always encouraging me to take the leap and get on the plane, this post just gets me more motivated to make it happen.  I’d love to hear from other folks around the world that are making micro-budget films. What has been your experience and is there a large micro-budget community outside the confines of U.S. indie?!