by Stewart Nusbaumer
in Festivals & Events
on May 2, 2011

The Good Life is not about the good life, but the bad life. Mother Mette and daughter Anne lived a life of wealth and privilege, and then the husband-father died and the inherence dwindled, and finally the money ran out. Today the two survive on the mother’s minuscule pension in a small apartment in Portugal. While the mother seems resigned to her impoverished fate, the daughter is anything but resigned. She views life without wealth and servants as terribly unfair to her.

At the age of 56, daughter Anne has never held a job — not one! “Work is still taboo for me,” she says. “I will not allow myself to be demeaned by work.” Although not the first person reared in luxury and convinced being rich is her entitlement for life, she may very well be the funniest.

Danish director Eva Mulvad has crafted an extraordinary film capturing two complex individuals locked in a love-hate relationship, full of bizarre humor and genuine pain, crosscutting between the good past and the desperate present. Although difficult to identify with these two women — they are from an earlier time if not planet, the time and planet of the European aristocracy — it’s impossible not to be sucked into their precarious lives, to laugh at their antics and feel their agony. The Good Life is a joy, although one that comes with the sinking feeling that you are watching a familial Titanic go down.

The Marine Corps prides itself on producing the world’s best fighters. It does this by transforming civilians into fighters who refuse to quit, who muster the grit and determination to pursue the fight to the very end. The Marine ethos is antithetical to the quitter mentality, every new Marine is told and retold. Yet, at the Camp Lejeune Marine base in North Carolina, there are some Marines who would prefer that one former Marine had less fighting spirit.

When retired Master Sergeant Jerry Ensminger’s 9-year-old daughter died of a rare leukemia, the 25-year veteran of the Marine Corps transformed himself into a relentless investigator. He was haunted by the question: why did his little girl die? While the Marine Corps bureaucracy stonewalled, and released misleading and false information, the grieving dad and retired Marine charged ahead, gathering others around him, and slowly they began to learn the truth.
From 1957 to 1987, disposed toxics contaminated the drinking water at Camp Lejeune resulting in the Marine base becoming one of the largest water contamination sites in the country. For 30 years, possibly one million Marines and their family members were exposed to this toxic water, killing untold numbers — especially the most vulnerable, the young. 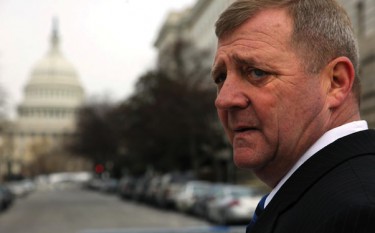 In Semper Fi: Always Faithful, Jerry Ensminger recounts the story of his 9-year-old daughter in the hospital dying of leukemia. Only when the pain became unbearable would she agree to take morphine, telling the nurse to also give her Daddy some because he’s in a lot of pain too.

Directed by Rachel Libert and Tony Hardmon, Semper Fi: Always Faithful is a love letter from a forever grieving father to his deceased little daughter, a powerful story of a retired Marine pursuing the truth that the Marine Corps refuses to reveal, and a profound tale that one man can make a difference in this world.

From throughout the Islamic world, 110 kids and teenagers pilgrimage to Cairo, Egypt for its prestigious Koran reciting contest. Koran By Heart follows three 10 year-olds: a boy from the mountains of Tajikistan, another boy from an African village in Senegal, and a girl from the Indian Ocean island nation of the Maldives. Through these diverse locations, director Greg Barker and DP Frank-Peter Lehmann highlight the diversity among Muslims — racially, culturally, political and psychologically.

The children are highly disciplined and hard working and of course delightful, yet some pay a heavy price for devoting endless hours to memorizing and reciting the Koran. The 10-year-old boy from Tajikistan knows the Koran extraordinary well and sings the words angelically, yet he’s unable to read or write his country’s language.

While focused on the recitation contest, Koran By Heart also gives fascinating glimpses into a Muslim World in turmoil and conflict. Modernity locks horns with extremism, there are sharp debates about the role of technology and the place of women in society, and of course the struggle between secular and religious education. The battle over defining the good society is never simple, but more complex when the people are so different.

The Bang Bang Club is a hybrid film with professional actors and a story based upon a memoir of the same name. Memoir or not, everything in the film is not completely true.

Four young photojournalists befriend and document the violence during the first free elections in post-Apartheid South Africa. The characters are realistic and the acting is good, and the ending is strong, leaving one with a hangover of thoughts. But the middle sags. Too many scenes of “party animal journalists,” with appendixes of beautiful women draped over their broad shoulders, instead of character development and storytelling depth.

The Bang Bang Club is not a film, however, to be dismissed as mindless entertainment. Screenwriter and director Steven Silver gives the viewer much more. There are sharp insights into the struggles and the pain and the violence that accompanied the birth of a new South Africa. There is a genuine feel for war photographers risking their lives to document the truth — and to experience some heavy adrenaline rushes. Impressively, the film tackles the messy, complex issue of morality and war journalism. Although made for a broad audience, this is a film with some serious content.

As America struggles with the issue of homosexuals marrying, hardly remembered is America’s long struggle with heterosexuals marrying… people of different races! From the 19th century into the 1950s, most States enforced anti-miscegenation laws that criminalized interracial marriage. Not until 1967 — more than a century after the conclusion of the Civil War — did the Supreme Court rule anti-miscegenation laws were unconstitutional. The decision was unanimous in Loving v. Virginia. 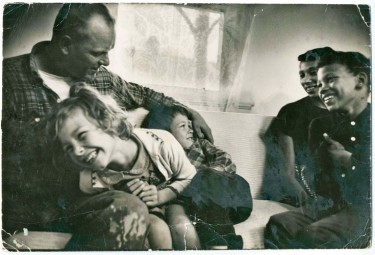 In 1958 in Bowling Green, Virginia, Richard Loving a Caucasian, and Mildred Jeter, an African-American with Native American ancestry, fell in love and married. They were promptly arrested by the police, thrown into jail, and when released forced to flee the state — if they wanted to live together. The Loving Story, directed by Nancy Buirski and edited by Elisabeth Haviland James, uses an abundance of archival footage, home movies, photographs, and interviews with witnesses to create a remarkable historical film that reveals an unassuming couple whose courageous eight-year struggle changed marriage laws in America.

Also dealing with this theme at Tribeca was Love During Wartime, a contemporary story about Israeli-Jewish Jasmin and Palestinian-Muslim Osama. Forced to leave their respective countries, first they move to Germany, then Austria.

This verite-style documentary chronicles their frustrations and successes, the emotional rollercoaster ride of Jasmin and Osama as they struggle not only to live together but to practice their art. (She is a dancer and he is a sculptor.) Director Gabriella Bier and cinematographer Albin Biblom have created an intimate account of an Israeli and a Palestinian battling their governments and foreign bureaucracies as well as each other to do what nearly everyone takes for granted, to live with the person you love.

For part one of this survey of the Tribeca documentaries, click here.