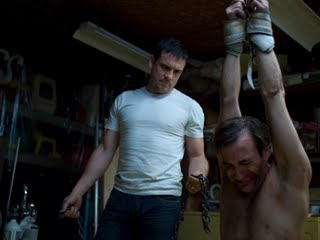 To show or not the murdered girl on screen. One of the reasons it was difficult was because in order to show her, I had to figure out how she would look. In other words, what the murderer/rapist had done to her. It troubled and pained me to go there. Also, I was concerned with the impact the image would have on the viewer. I wanted it to be a shocking, upsetting image. A disturbing one. I was worried that it might be too much. That it would turn people against the film. At that point I wanted the viewer to be inside the father’s head. To see with his eyes, and to experience his horror and despair at the sight of his dead girl. To understand his decision and his ensuing actions. What I wanted at all cost to avoid was a gratuitous image. If the image is too graphic, sometimes the intent gets lost. I still feel (though I understand why some viewers do not agree), that the film’s impact is stronger because I included this moment.