THE LIGHT WARS HEAT UP WITH THE CANON 1D MARK IV 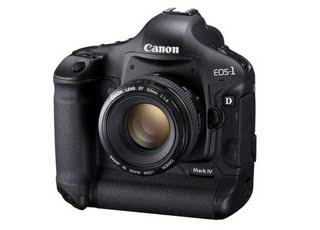 From the video part of the Canon press release quoted at Gizmodo:

The more than 50 Canon EF lenses compatible with the EOS-1D Mark IV give videographers incredible creative options, including an impressive selection of large-aperture professional L-series primes as well as zoom lenses, macro, Tilt-Shift and Fisheye optics. The Canon EOS-1D Mark IV allows for three video recording resolutions – 1080p Full HD and 720p HD in a 16:9 aspect ratio and Standard Definition (SD) in a 4:3 aspect ratio. The camera will record Full HD at 1920 x 1080 in selectable frame rates of 24p (23.976), 25p, or 30p (29.97); and 720p HD or SD video recording at either 50p or 60p (59.94). SD video can be recorded in either NTSC or PAL standards. Sound is recorded either through the internal monaural microphone or via optional external microphones connected to the stereo microphone input. The camera also provides an in-camera video editing function allowing users to remove the start or ending of a video clip directly in the camera to eliminate unwanted footage and speed up post-production. 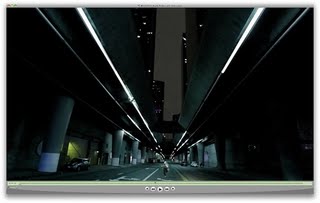 Image Quality and Performance
The heart of the EOS-1D Mark IV camera’s outstanding image quality is a newly developed 16.1-Megapixel CMOS sensor featuring Canon’s latest and most advanced proprietary technologies. These technologies include improved photodiode construction to enhance dynamic range and gapless microlenses that are positioned closer to the photodiodes for improved light gathering efficiency. The transmissive quality of the color filter array has been enhanced to improve sensitivity. Canon has also upgraded the sensor circuitry to improve noise reduction before the image data is exported from the CMOS sensor to the rest of the image processing chain.

The EOS-1D Mark IV Digital SLR features Canon’s Peripheral Illumination Correction function which corrects darkening that can occur in the corners of images with most lenses when used at their largest apertures. When activated, it is automatically applied to JPEG images and video clips as they are shot. For RAW images, it can be applied in DPP software.

Other new features include a large three-inch solid structure Clear View II LCD screen with 920,000 dot/VGA resolution and a wide 160-degree viewing angle for enhanced clarity and more precise color when reviewing images and shooting video. The new in-camera copyright information feature helps professionals secure control over images by setting copyright data directly into the camera and appending that information to each image file in the Exif metadata. Additional features include a fluorine coating on the Low Pass Filter to further repel dust and enhance the EOS Integrated Cleaning System.

Okay, and now check out the video, which was shot at ISO 6400 in a high quality stream here or in the smaller format below:

From d.p. Vincent LaForet’s blog, here is more info on this film:

Here is the main point that I hope you take into account: the short film you are about to watch was shot in pretty much the very worst light that I could possibly find in an evening urban landscape. I did not chose “pretty lighting” in a mall or under neon signs. That would have been cheating in my book.

The short was shot near East 6th and Mateo St. in Los Angeles – in an industrial part of the city. If you live in the area – go check out the area – you won’t believe the video you see below came from the poor lighting in that area. Sodium and mercury vapor lights. That’s it. Really awful lighting.

Not a single external light source was used / added. In other words I did not use a single flashlight, LightPanel, flood light – nothing. For one shot only I pulled out a silver reflector… just to say we did it really. And yes it worked (see the shot of the young girl.)

The ISO stayed locked in the 6400 ASA range – with a very few shots hovering 1 stop above and one or two set to 3200 ASA because we had TOO MUCH depth of field…(on the bridge.) At one point I found myself shooting at 12,800 ASA by mistake – and I didn’t even notice any noise on the rear LCD in the skies… 6400 ASA is the new 1600 ASA – maybe even the new 800 ASA. Stop to ponder that for a second – and what it can mean to the way you approach your craft.

On a technical note: because I know everyone will ask: the footage was graded with Stu’s Magic Bullet Colorista software that he helped design and treated for noise (not a significant amount at all to be honest – at some point I may put up raw clips.) The point here is to show what this footage CAN look like when processed on an average laptop (i.e. nothing fancy!)

The 1080p footage on SmugMug is pretty incredible – but remember that a 365 MB compressed file was initially uploaded and then re-compressed a second time – from a 2.32 GB original uncompressed file. You can expect that the blacks will be a bit clamped, and that there will be a loss in sharpness relative to the original.

As Matt Buchanan at Gizmodo writes, “the light wars have begun.”