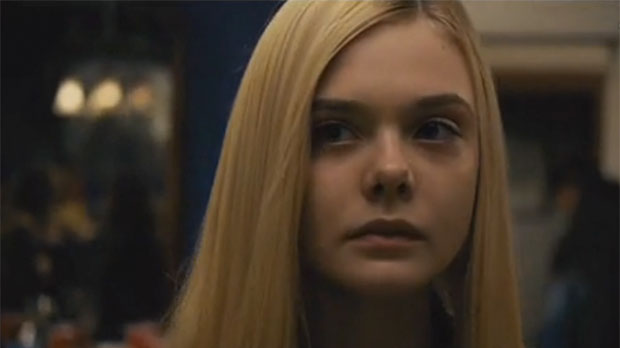 The strong Tribeca lineup is bolstered by a very promising selection of shorts programs, which were announced today. While this year’s Sundance shorts slate was stacked with work by filmmakers who had features already under their belts, the TFF lineup does not include a lot of well-known names, which is always exciting. Among the shorts I’m particularly looking forward to are the non-fiction Wilt Chamberlain: Borscht Belt Bellhop, about an unchronicled part of the basketball icon’s life; Grandma’s Not a Toaster, written by Shawn Christensen, who just won Best Short at the Oscars for Curfew, a Tribeca favorite from last year; and RPG OKC, a coming-of-age tale from emerging NYC filmmaker Emily Carmichael.

The full lineup is as follows:

These documentaries present first-person perspectives that ponder events affecting life, death and in-between. In Yamamoto, Japan, eighteen months after the Tohoku disaster, survivors left with nothing hold onto their existence through pictures found and restored from tsunami rubble in Recollections. Grave Goods explores the fetishism of the “beautiful things” collected by a grandmother during her lifetime and what happens to these prized possessions after she is gone. When the Song Dies weaves a captive spell of stories, songs and memories from across Scotland, in counterpoint to the country’s richly evocative landscape. Wilt Chamberlain: Borscht Belt Bellhop reveals a chapter in the life of one of basketball’s greatest players when a different era of the sport met the borscht belt at the peak of its Dirty Dancing-style fame. A slot machine junkie records his psychotherapy sessions and confronts the consequences of his twelve-year addiction in Lapse: Confessions of a Slot Machine Junkie. We Will Live Again looks at the unusual operations and caretakers of the Cryonics Institute, a mom-and-pop style warehouse that maintains ninety-nine deceased human bodies stored at below-freezing temperatures in cryopreservation. Timmy Brennan, a Freedom Tower ironworker and surfer who lost everything in the Breezy Point fires during Hurricane Sandy, is given a new board by strangers and finds hope riding the same ocean that shattered his community in The Rider and the Storm.

Robots and vampires and werewolves, oh my, roam these short films as we call for a lockdown with our late-night genre program. In The Girl with the Mechanical Maiden, an inventor takes an unorthodox approach to childrearing after the death of his wife. A young girl who lives in a remote wrecking yard confronts the town bullies when they torment her father in Yardbird. It is 2021, and imprisoned journalist Joseph Michaels faces government execution and contemplates a desperate escape attempt in order to return to his young family in The Exit Room. Following a gruesome accident, a man finds himself stuck and injured on a remote road in the dead of winter waiting for first responders in AB-. As a young runaway heads to Harlem, where her father is a low-level drug dealer, she is assaulted by a mysterious creature and left for dead in Peanut Butter & Jelly. A special American guest is coming to a hotel in Beijing to stay in the Honeymoon Suite, but the new guest services manager soon learns that the visitor is not quite what he appears to be. A culinary connoisseur and a chef go on a hunt for a rare animal in Delicacy. Set in the candy-colored world of 1950s suburbia, The Root of the Problem follows a reluctant young housewife who suspects that the friendly neighborhood dentist is hiding a horrible secret.

THE END IS NEAR — Narrative program

The Mayans were wrong. We’re still here, but endings both apocalyptic and personal confront the characters in these short films. Every forty seconds a person commits suicide, and The Acrobat is the story of one of them. Two friends who work as luggage rack attendants on a bus take a road trip filled with reality and mysticism in Murk Light. Snow In Paradise is a snapshot of life on a remote island in the South Pacific through the eyes of a young girl unaware of the power beyond the ocean reef. Grace follows a dozen interconnected lives as they experience loss and understanding in the pivotal hours before a global event occurs. On a stormy night in Long Island, three siblings fight over their grandmother’s fortune, but no one realized that Grandma was ready to fight back in Grandma’s Not a Toaster. Skillman has vanquished his nemesis, recovered the artifact and saved his latest lover from certain doom, but wait until you see what happens when his greatest adventure is over in Epilogue.

The past is brought into the present through these personal and social documentaries offering a wide range of insights on shaping our world. Four experts on arms trafficking recount first-hand experiences with the black market and how the illegal flow of weapons facilitates loss of life and devastation in A Short Film About Guns. Reporting on The Times: The New York Times and The Holocaust explores why The New York Times, a Jewish-owned newspaper, buried reports of The Holocaust during World War II. Coach Vivian Stringer is one of the most prolific coaches in the history of college basketball, and also a perfect example of grace under fire. Royal American features a love triangle between a found typewriter from the 1930s, the streets of Manhattan and the lost art of letter writing. Who Shot Rock & Roll explores the groundbreaking collaborations between the photographers and musicians who created some of the most enduring images in rock history.

LET THERE BE LIGHT: THE CYCLES OF LIFE — Experimental program

This selection of experimental short films showcases the profound artistic influence of light. In their artistic practice, experimental filmmakers are acutely aware of the quality of light that informs their work. This selection highlights the unique manner in which they seek inspiration from the power of the sun, the reflections of the moon and the luminosity emitted by artificial light sources. In linking their own vision directly to that of the eye of the camera, these artists create brilliant moving works that both illuminate the human condition and reflect the cycles of life. Films include Sight, Star Light No. 5 Bis, Depart, Lunatic, Parallel North, Hermeneutics, Light Plate, The Moon Has Its Reasons, Corn Mother, The Last Time, Two Islands, Dead World Order and Look Inside the Ghost Machine.

We expose our more sensitive side to delve into issues of self-image and self-discovery. A young girl battles with body image and enters the world of eating disorders, where worth rises as weight falls, in Likeness. Fifteen-year-old Klara is Eating Lunch with four others at the Eating Disorder Clinic under the supervision of nurses, but they have only thirty minutes to finish their meal. In Wings, Christopher prepares for one of the most important concerts of his career knowing that he cannot make any mistake. On a sweltering hot day, pregnant Maria’s loving-kindness practice is tested by work schedules, mechanical failures and complex human relationships conspiring against a desperately needed cooling dip in The River. The Cup Reader follows a woman renowned for her mystical seeing and matchmaking as she reads the fortunes of clients who must choose between love or marriage. Tonight, Sophie will play the violin in the school concert and wants desperately for her mother to be there to see her shine in Ina Litovski. A vow to climb a summit in the Italian Alps becomes the challenge of a lifetime for a man and a woman recovering from open-heart surgery in The Nightshift Belongs to the Stars.

This year our New York shorts program takes you on a journey through Manhattan and into the boroughs to meet some unique individuals trying to survive in the city we call home. Henry and Lucy sleepwalk through New York City in the middle of the night and experience sights and sounds that most people slumber through in ZZZZZZZ. Visually impaired Imani has dreams of college acceptance and love despite her over-protective mother’s objections to both in Close Your Eyes. Ronnie is an existential enforcer for a Brooklyn crime boss  conflicted by his life and the pointlessness around him, as he sculpts in ICE and searches for life’s meaning. A seventeen-year-old girl in a wheelchair and a young antisocial male prostitute living on the streets have an unexpected encounter in Atlantic Avenue. Paul and Kate excitedly arrive for dinner at the home of a cool couple from their kids’ school, only to discover an interloping third couple already in attendance, as playground politics boil over in Playdate. In Fortune House, a butterfly romance takes flight with a twist of fate and fortune cookies. When his hippie parents suggest he see a shrink, a dreamy fifteen-year-old goes into a tailspin of self-doubt before his confidence is restored thanks to some quick thinking in Space Cadet.

If you are having a bad day, we are betting that these short films will make you feel a wee bit better about things. Three friends go to a housewarming in a Paris apartment, but when some uninvited guests try to crash, the tension mounts in The Hounds. Set in the late 1950s at California’s iconic Madonna Inn, a despondent father struggles with the decision to end his own life and the life of his young son in What’s Left, What’s Lost. On the eve of her thirteenth birthday, Esther Weary must come to terms with the realities of becoming a woman through her clueless grandfather and his pet pug in Life Doesn’t Frighten Me. Two video game characters forge an unlikely romance in RPG OKC. Showing that there is always a reason to laugh, stand-up comic Reuben Stein does the most daring set of his life in Setup, Punch. A small bird with a Fear of Flying tries to avoid heading south for the winter. A third-grade class pulls an innocent prank on its teacher with disastrous results in Fool’s Day.

In addition, the Festival will host one special shorts screening with a corresponding Tribeca Talks After the Movie discussion

·         The Battle of amfAR, Directed by Rob Epstein and Jeffrey Friedman, written by Sharon Wood.  (USA), New York Premiere, Documentary. In the darkest days of the AIDS pandemic, two women from very different walks of life unite to take a stand. Two-time Academy Award®-winner Rob Epstein and his longtime collaborator Jeffrey Friedman, the creative forces behind The Celluloid Closet, tell the story of the extraordinary moment when Dr. Mathilde Krim and Hollywood icon Elizabeth Taylor launched the country’s first AIDS research foundation. The fight against HIV/AIDS would never be the same. An HBO Documentary Films release.