Digital Publishing for Filmmakers: The Karada and The Silent History 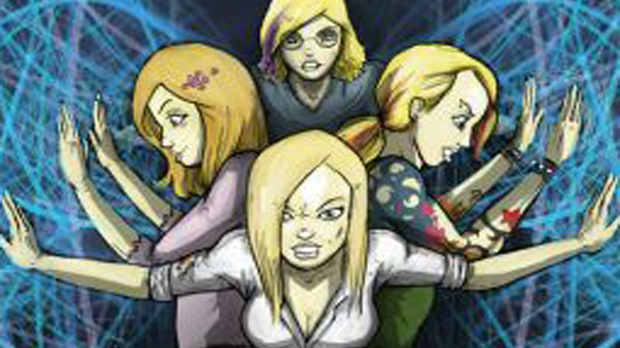 by Randy Astle
in Filmmaking, Transmedia
on Mar 4, 2013

Transmedia by definition requires producers to work in more than one medium; the fun, most of the time, is in devising ways to carry a narrative (or narrative world) across different platforms, making them engage with each other while best utilizing each platform’s unique capabilities. Sometimes, however, it’s sufficient to work exclusively in a single non-film medium — and it can get the creative juices flowing if you’re stuck in a rut. After all, Bergman had his fiction (besides his theater work), Woody Allen has his clarinet, and Pasolini had pretty much everything.

I’ve recently been working more on my own fiction, so I was intrigued to learn about two literary projects that exploit the possibilities of digital publishing. Their strategies can be extrapolated to film and transmedia projects for producers who aren’t interested in writing the next great American novel.

The Karada comes from an international team of writers and transmedia artists: the core team includes Carrie Cutforth-Young of Queen Spade Creative in Toronto, Tom Liljeholm of Tea4Two Entertainment in Sweden, and Jim Martin, an independent writer for Heroes and other projects, in Los Angeles. The literary property launched last September and is designed as a prequel to and proof of concept for a television series entitled All Your Fates, plus a graphic novel and other media. Part romance, part thriller, and many parts science-fiction, The Karada‘s story follows one David Blunt as he’s rebuffed by the girl of his dreams but then comes across a way to access various parts of the multiverse. Determined to win her heart in at least one universe, he starts traveling to different dimensions to woo her — but traveling through the multiverse, and meeting different versions of the same people (including yourself), brings its share of dangers as well.

It also opens up The Karada and All Your Fates to nearly unlimited story potential. The story is being released on Wattpad, a website/app that allows for digital self-publishing, reading, and social networking. It’s billed as more than just another e-reader: it’s more like the YouTube of print (or, rather, electronic text). Founded in Toronto in 2006 by Ivan Yuen and Allen Lau, the service now has tens of thousands of titles and millions of downloads. These mostly occur through the Wattpad app, which is available for all mobile devices.

Like YouTube, Wattpad is still a bit of the Wild West for electronic self-publishing. It’s been accused of copyright violations, but perhaps more importantly the quality of the work, like on any fan fiction site, spans the spectrum as authors put out their work in search of a success like Fifty Shades of Grey, a trilogy of Twilight fan fiction works that removed the vampires, added kinky sex, found a print publisher, and went on to outsell the entire Harry Potter series on amazon.co.uk.

The problem for authors, of course, is that it’s a crapshoot. Just like a filmmaker putting their movie out on iTunes or Amazon and hoping downloads will come, there has to be a strategy in place to help that happen — and, since there’s no payment on Wattpad, a strategy to monetize it. And this is where the Karada team comes in. They began by analyzing Wattpad’s readership and found it’s highly popular with Twihards, girls who read not only the Twilight novels but Stephenie Meyers’ Midnight Sun, a version of the same story told from another perspective that leaked online and hence never reached completion. They designed the story to appeal to this demographic and the Wattpad trend to switch between perspectives and realities. As the Karada/All Your Fates website says:

“Recognizing that Wattpad is to text what YouTube is to video, the creators of All Your Fates plan to push the envelope by running the serialized novel like a TV series: with a cabal of guest writers, special scenes scored with music, key actors cast, and chapters set in real life locations for cross-promotional partnerships.

“The fictional story will also have plenty of Easter Eggs for hard-core fans who want a richer more immersive experience to hunt down. If a website is mentioned in the story, the website will actually live online for some fun fictional bonus content.”

Act 1, consisting of about 58,000 words, contained a great deal of exposition and was written primarily by Cutforth-Young. Act 2 brought in other writers as the story moved into the multiverse; each guest writer, many of them established transmedia artists, stays within one universe, developing the characters and storylines that will run parallel to the other writers’ work. Composer Steve Cupani is creating a score and artist Hugo Arias a graphic novel that carries a B-story to the Wattpad chapters’ main plot. When Act 2 is completed, Act 3 will be rather short, setting up the narrative to move into full motion video on television or another outlet.

Thus far the story’s proving popular, with over 20,000 downloads in its first weeks. What will be most interesting to watch is if All Your Fates can transcend Wattpad and become a robust IP, monetize or capitalize on the work that’s been done so far, and achieve a film or television treatment.

The Silent History, in contrast, is designed to remain a print property. With positive reviews everywhere from Wired to The New York Times, this story, created by Eli Horowitz, Russell Quinn, Kevin Moffett, and Matthew Derby, was released as an iPhone and iPad app last summer. The app with the initial twenty chapters costs $2, with additional material (100 chapters) costing more, solving the monetization problem. The entire book totals about 160,000 words and is delivered 1,500 words at a time, five days a week.

In addition to this main print material, the app includes hundreds of “Field Reports,” GPS-triggered episodes that only appear when a reader is in the geographical location where they occur. These are spread throughout the world. To add an element of social media, readers can generate their own Field Reports, increasing the content of the app/book through audience crowdsourcing.

Strategies like these are already present in film and transmedia, of course. But seeing how they’re applied to literary properties might just give filmmakers a fresh perspective on their own work — and give them a whole lot more to read at the beach this summer.