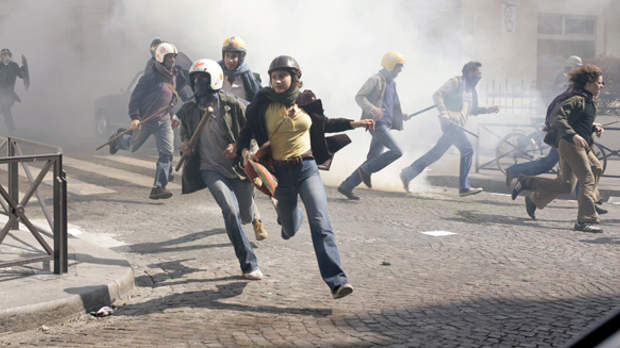 Abbas Kiarostami, Beyond the Hills, Cristian Mungiu, Ji Dan, Like Someone in Love, Night Across the Street, Olivier Assayas, Paradise: Love, Raul Ruiz, Something in the Air, Ulrich Seidl, Vancouver International Film Festival, When the Bough Breaks

The Dragons & Tigers section has been the richest part of VIFF’s legacy, dating back to 1994. Each year, the Award for Young Cinema has highlighted an as yet unrecognized talent of East Asian cinema. This year the Dragons & Tigers jury was made up of Shinozaki Makoto, Joao Pedro Rodrigues and Chuck Stephens. I was able to see a few films from the competition, including the winner Emperor Visits the Hell, directed by Li Luo. An often perplexing, but always interesting film, Li’s movie transports a story (three chapters) from the Ming Dynast novel Journey to the West to modern times, and things play out with a strange deadpan distance. While I preferred another competition film, Song Fang’s Memories Look at Me, I understand the eagerness to reward something a little more outside of the box.

Next up was a streak of great films from renowned auteurs Olivier Assayas, Abbas Kiarostami, Ulrich Seidl and Raul Ruiz. The first from that list is the expertly crafted yet somewhat muted Something in the Air—originally titled Après Mai in French—from Assayas. In some ways, this film feels like a natural follow-up to his epic Carlos (2010). Again Assayas is concerned with the human experience within a political landscape. Here though, the political details are merely peripheral, as Assayas’ surrogate Gilles (Clément Métayer)—the film is a partly autobiographical story—drifts through late 60s and early 70s Paris, casually attached to the political movement of the time. Bound more to people and places than ideology, Gilles simply stands by as friends and lovers shuffle around him searching for identities. Gilles finds his identity only when the world of cinema opens up to him, and he finally makes his own choice. There’s a strange amount of rehash work here for Assayas, whose earlier work such as Cold Water (1994) explored this coming-of-age territory, even, it seems with overlapping inspirations—one scene harkens back to a brilliant party sequence, for instance. However, the fluidity of Assayas’ camerawork and his perfected seamless storytelling remind that even minor Assayas is well worth attention.

Though I would hesitate to call it one of the very best films of the year, it may rank near Holy Motors as the most interesting: Like Someone in Love yet again finds Abbas Kiarostami working abroad, this time in Japan, with significant results. As difficult to read as the Cannes responses earlier this year indicated, the film has a formal beauty that holds interest from the first frame to the last, making it more than the sum of various ambiguities. The film follows the relationship between an old professor and a call girl over the course of a night and day, and Kiarostami directs a quiet, vague tension as the viewer tries to wrap their head around the motivations of the characters. The film’s final image, which I will of course not describe, sheds light on what came before and, now, days later, it is Like Someone in Love that I continue to ponder more than any other film I’ve seen at VIFF.

Ulrich Seidl’s Paradise: Love is a discomforting, often provocative film, but one that maintains a sense of humanity even as it portrays people with no dignity, no morals. Contrast this with fellow-Austrian Michael Haneke’s work and I find that Seidl is more successful, at least here, at scrutinizing human behavior. Seidl allows the viewer a freedom to make their own observations and delicately balances the trajectory of the film so as to challenge sympathies and to tip the scale back and forth as each character decision illuminates the complexities of the oppressor-oppressed dynamic between bourgeois “sex” tourists and the Kenyans they exploit. 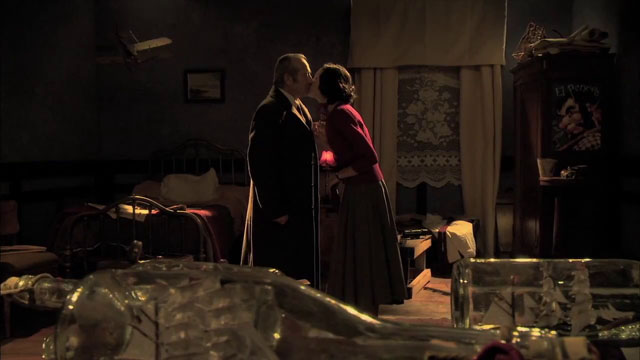 Raul Ruiz’s Night Across the Street

It is difficult to imagine a more graceful departure from cinema than Raul Ruiz’s final completed film Night Across the Street, an extended rumination on a life intertwined with art, which in spite of its weighty subject feels light, even serene, as Ruiz explicitly confronts approaching the end of his life. The film seamlessly moves from one place and time to another, and inventively makes use of its modest budget, exhibiting a playfulness that should be the envy of so many young filmmakers. One beautiful shot finds the protagonist, Jean Giono (Christian Vadim), fondly staring at a large collection of ships-in-a-bottle he has assembled, and it’s hard not to imagine Ruiz looking over his career in the same way, satisfied with the transcendence of creation. Also of note was Ira Sachs’ Keep the Lights On, another film you’ve probably already heard of since it has been enjoying a successful festival run for some time now. Though limited in its slice of life storytelling, the film is bolstered by a brilliant lead performance from Thure Lindhardt, and features the artful cinematography of Thimios Bakatatakis (Dogtooth, Attenberg).

After the masterful Three Sisters, which I spoke about in the first entry and still has me reeling, When the Bough Breaks unfortunately lives in its shadow for me, but is another Chinese documentary that should not go without remark, and is exactly the sort of small gem that Vancouver’s Dragons & Tigers section allows curious viewers to discover. The film, directed by Ji Dan, follows a poor family on the “outskirts of Beijing” as they try to make ends meet. The three children in the family all struggle to keep up with the demands of school on their own as they come to grips with the reality of whether or not they can pursue costly higher education. The father and the eldest daughter make up some of the most interesting characters in cinema this year—the sort that simply could not be written.

Cristian Mungiu’s Beyond the Hills

Having heard mixed things about Cristian Mungiu’s Beyond the Hills since its Cannes debut, I was pleasantly surprised that it was just as compelling as his 2007 Palme d’Or winning feature, 4 Months, 3 Weeks and 2 Days. Though not quite as an emotional stunner, Beyond the Hills reaffirms Mungiu as one of the headmasters of the Romanian New Wave, situated behind Cristi Puiu, whose films Aurora and The Death of Mr. Lazarescu still stand as the definitive benchmarks. In an unexpectedly brisk pace—for a Romanian film, at least—we follow the story of two childhood friends (possibly lovers), Voichita and Alina, who grew up together in an orphanage who are reunited at a monastery where Voichita has taken vows. Alina refuses to leave her friend’s side, even as the priest and Voichita herself insist. Eventually she is reluctantly accepted into the community, but with serious consequences that will challenge Voichita’s faith and the monastery’s future. Mungiu intelligently contrasts the devout practices of the nuns with Alina’s skeptical eyes. As the film progresses, the viewer’s role becomes increasingly complex as the monastery’s activities get morally challenging. The difficulty lies in determining whom, if anyone, is ultimately guilty.

In the final days of VIFF, the main venue of the festival, Granville 7, announced it would be closing its doors forever on November 4. As the only theatre both large and cheap enough within walking distance of the other venues, the impact this will have on VIFF’s future can’t be underestimated. It’s pointless to speculate on what direction VIFF will take, be it a downscaling or a drastic overhaul. It’s too early to say—but it’s another significant blow to cinema culture, which Vancouver has faced too often in recent times. Part of the purpose of my Critics Notebook was to highlight the great programming of what Sean Axmaker in Fandor considers to maybe be the “best undiscovered film festival in North America”. If this bold assessment has any truth to it, the question now becomes whether or not the festival will continue to reach the high standards that has made VIFF a favorite festival destination for critics and cinephiles alike. 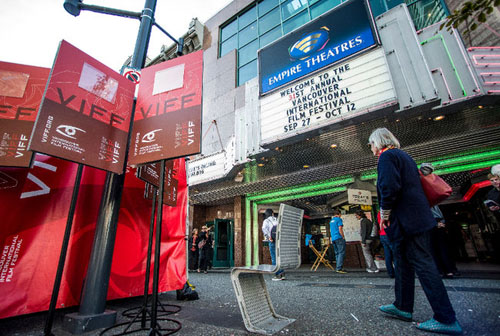