Tribeca 2015 Critic’s Notebook: When I Live My Life Over Again, Dirty Weekend, Applesauce and Bad Hurt 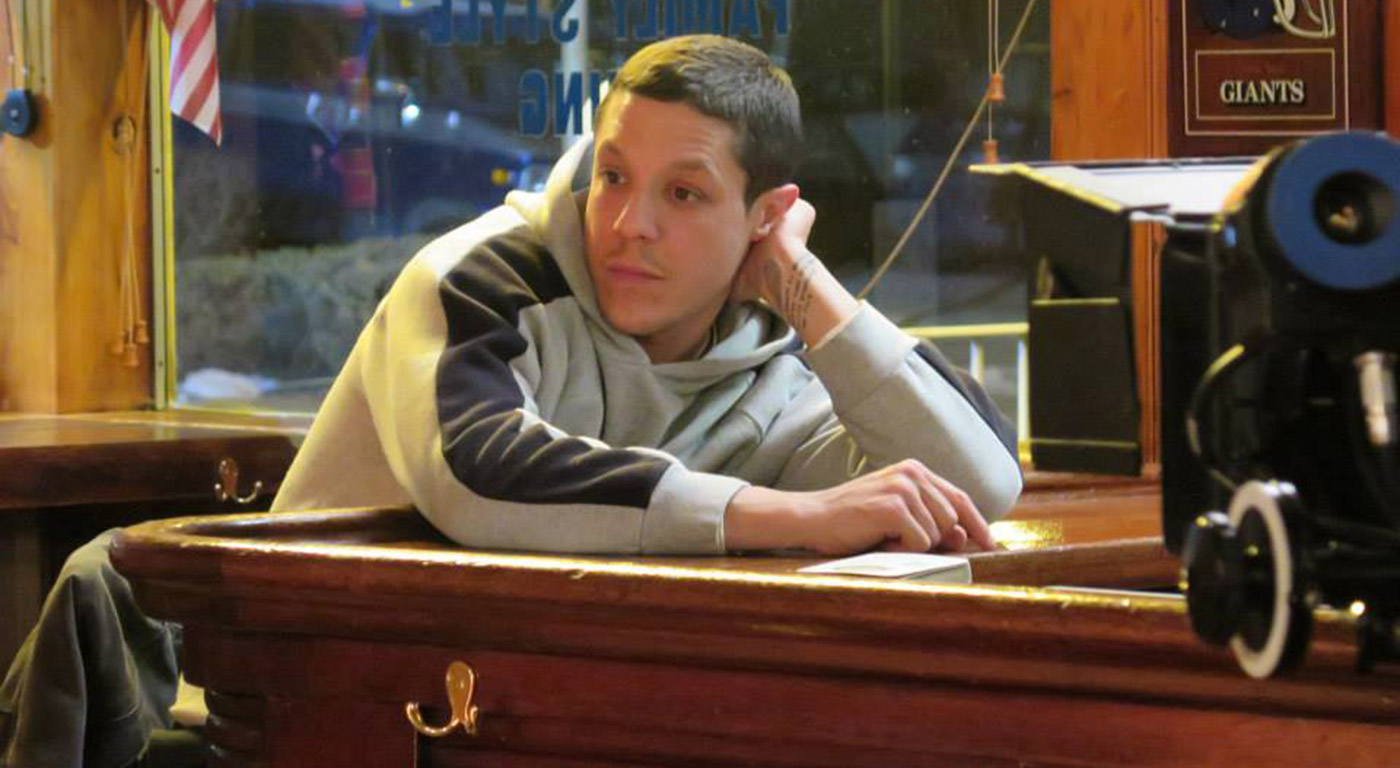 It’s awards day at Tribeca and judging by the informal polling taking place at parties with free booze and in line at the Shake Shack next to the Regal Battery Park, the cinerati thinks this was a lukewarm edition. The fest’s first weekend provided more than its fair share of dreary viewing, with no films like last year’s still-unreleased Noah Buschel stunner Glass Chin or Angus MacLachlan’s unfairly overlooked Goodbye to All That to salve my hunger for top-shelf small movies that ought to matter. The festival surely has some strong surprises I haven’t uncovered, but time is running out; around mid-fest, everyone’s energy is flagging and in New York, it’s so easy to just go watch the NBA playoffs on an illegal stream or episodes of some middlebrow serial on Netflix in your apartment. One veteran producer joked, “At Tribeca, it’s best to stay away from any movies with famous people in them.” Yikes. While people generally have good things to say about The Departed scribe William Monahan’s Oscar Isaac vehicle Mojave and cinematographer Reed Morano’s star-spangled debut Meadowland, there is a sliver of truth in that. I felt like I had been transported back to 2006 or something while consuming a lousy, star-crossed double feature on Sunday.

I struggled through both Robert Edwards’ When I Live My Life Over Again and the world premiere of Neil LaBute’s Dirty Weekend. The former, which looks at a dysfunctional young woman and her wealthy music industry family in the Hamptons, is entertaining whenever Christopher Walken’s once prominent, now over the hill crooner is on camera. Whenever he’s not, the movie, which had its world premiere Saturday night, sinks like a stone. Somebody please buy Hamish Linklater a bus ticket to anywhere but a new motion picture shoot and, while you’re at it, introduce me to a famous singer’s daughter who herself is a songwriter but refuses to use their inherent advantages to carve out a career for herself so I can buy the malarkey this movie trades in. When I Live my Life Over Again is the type of smugly conventional, divorced from reality, upscale indie movie, produced by credible folks (Jay Von Hoy and Lars Knudsen) that gave Tribeca a bad name in the first place.

I hate to kick a man while he’s down, especially one who is always kind to me at the Newark Airport, but LaBute’s newest — about the bizarre and self-revelatory Albequerque layover two corporate sales execs have on a trip from Los Angeles to Dallas — is the worst movie of his I’ve seen. That’s really saying something when we take into account that LaBute directed Nicholas Cage in The Wicker Man remake. Alas, it seems LaBute’s days of playing in competition in Cannes (where his brilliant career high-water mark, Nurse Betty, won the screenwriting prize in 2000) are long over. A two-fer featuring the always electric Alice Eve and the most unappealing version of Matthew Broderick I’ve yet come across, the movie has next to zero visual imagination, but without the stripped down, rough-hewn languorousness that made LaBute’s late ’90s low budget efforts, In the Company of Men and Your Friends and Neighbors, so potent. With a script that feels oddly hollow and underbaked for a writer of LaBute’s skill and reputation, it’s hard to get a handle on what he was trying to do. Eve’s submissive bondage-y lesbian and Broderick’s uptight adulterer belong in different movies from one another — I didn’t buy a single one of their interactions — and the entire piece should have, after several more drafts, been a play.

Later on Sunday, I saw Onur Tukel’s Applesauce, the first of two movies seen in two days that hinge on finger-banging. Tukel’s latest is not as funny as last year’s Summer of Blood, although he squeezes plenty of big laughs out of the tragicomic foibles that consume a pair of couples (Tukel and Trieste Kelly Dunn, Max Casella and Jennifer Prediger) after Tukel’s character makes a confession on talk radio. The confession, about how he accidently chopped off a frat boy’s fingers with a heavy door in college, lead to a series of complications and revealed secrets (one of which is intracouple finger-banging!); soon enough, Tukel’s amusingly left wing high school teacher is received severed body parts in the mail. Tukel is a gifted comedian who gives himself and some of his cast more than their fair share of humorous moments to play but the plot never works up much actual tension. Still, with sardonic lines like “I can’t be a coward, I used to live in Bed-Stuy,” coming nearly every minute, Applesauce is always just on the verge of making you smile.

The one true find of the festival so far, Mark Kemble’s Bad Hurt, is a deeply felt look at the hidden legacies of the first Gulf War, the difficulties of caring for a developmentally disabled person and, with great subtlety, the way in which members a working class Staten Island family push through homophobia and racial paranoia. It’s a pedestrian-looking feature, based on the director’s own play, but with enough heart to fuel a dozen other Tribeca entries. Set in the late ’90s, the movie has a timeless, outer borough quality pegging it as a throwback; save its HD lensing, not a thing about it suggests it couldn’t have been made in the era in which it’s set. The Kendalls (Karen Allen and Michael Harney) find themselves in late middle age with one developmentally challenged, often violently uncontrollable adult daughter (“I call her retarded,” her mother tells the daughter’s box factory overseer, who is treating her with disrespect but reverts to the politically correct terminology when doing so) and a former baseball prospect son who suffers the after-effects of chemical weapons exposure. No one talks about the reasons behind his  murky dishonorable discharge. His broken body covered by lesions, he spends his days smoking himself to death in the family attic. A third son wants to be a cop or a soldier like his big brother, but is too bumbling for either, resorting to driving a special needs bus and occasionally aiming a gun at his pet rabbit to stifle the ennui.

We watch the Kendalls — uniformly well played by Harney, Allen, Theo Rossi, Iris Gilad and Johnny Whitworth — struggle with grief, rage and the limits of lives that movies rarely feel worth their attention. Whether it is Harney’s taciturn Irish-American father coming to grips with his star son’s death (and sexuality), his disabled daughter’s attraction to an equally disabled negro who seems to be the only person who can calm her, or Allen’s mother demanding soldiers at a nearby funeral fire their guns in salute to her supposedly dishonored son, the movie is frequently a harrowing dive into the cinematic unusual. It’s an experience with the potent and ambiguous emotional energy of works by Cassavetes and early Charles Burnett, so it’s a shame the camera work never finds the fluidity that those masterworks exhibit and it’s ending is so conventional and pat. Still, the movie contains some of the most emotionally grueling and brave scenes I’m likely to see all year. Along with Applesauce, it’s  just the type of little New York movie the festival’s long defunct “New York, New York” section showcased, and which Tribeca could use more of, instead of the star-driven vanity projects that so often dominate the scant headlines the festival produces.