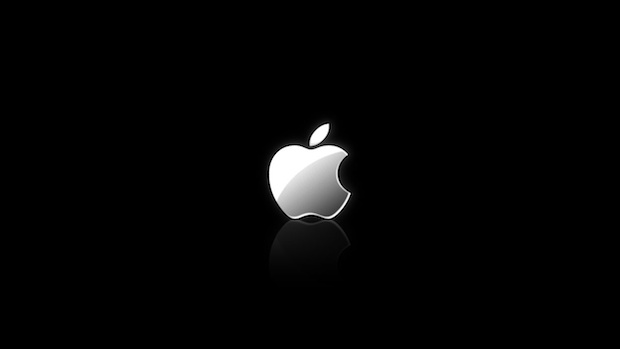 Apple has enabled cottage industries of graphic designers, musicians and, increasingly, Apple bloggers. As someone who uses Apple products, and who owns a bit of Apple stock, I follow the company pretty closely. So, I’m reading all the tech and finance blogs, with their pre-earnings chatter about Tim Cook’s ouster (not happening), dividend hikes (probably happening), and spaceship campus cost overruns (definitely happening).

But as someone who wants to see the company grow because its products are evolving, here are the six Apple questions I’d like guidance on.

Forget the Apple TV, where’s the Apple TV SDK? The iPhone has been Apple’s growth driver since its launch in 2007. But it wasn’t until the following year, when Apple opened up the iPhone operating system iOS to third-party developers, that the platform exploded with possibility.

Lately there’s been a lot of speculation about an Apple TV — not the hockey-puck sized that currently lets you stream from the iTunes store, but a sleek, Jony Ive-designed living room fetish object. Such an Apple TV would undoubtedly be pretty, but I’m more interested in the expanded possibilities of that hockey-sized puck. Air Play aside, right now you’d be hard pressed to argue for an Apple TV over, say, a Roku box, which does a lot more and costs less. Unless, that is, that hockey puck transforms the television experience by enabling the creativity of artists, developers and filmmakers by allowing them to create apps for it. Some of the expanded potential of an Apple TV would rely on APIs from existing content owners, but much would not. At some point, Apple will need to decide when and how far to open up its nascent television platform. Like most of the questions on this list, hopefully there will be answers at June’s WWDC conference.

Will services improve? Google and Apple are increasingly expanding into each other’s turf. And, as others have written, Google is getting better at design faster than Apple is getting better at services. In order for iOS to grow and improve, Apple’s got to improve the system that supports many of its applications: iCloud. As The Verge, among others, has noted, iCloud’s sync solution is problem-laden and incomplete.

As for Siri, I use it probably more than most people, and find it a net plus. But the fact that it often works well makes problems when it doesn’t even more maddening. Recent examples: “What am I doing tomorrow morning?” returned my full-day meeting but not my morning brunch. To get that, I had to say, “What’s my schedule tomorrow morning?” It would also be great if, along with its overall improvement, Siri would interact with more services as well as, through APIs, third-party developers.

And then there are all the little service inconsistencies. Why, for example, does Notes require a separate iCloud email address to sync while Contacts and Calendar do not? Will Apple improve, unify and simplify its cloud services?

Will iOS remain a moat or become a bunker? Apple’s walled-garden approach has been described as a moat protecting the company against attacks by competitors. There’s a stickiness created by its interplay between hardware and software. But, lately, there have been cracks in that moat. For example, I have thousands of vinyl records, and thousands of iTunes files… I’m one of those people who, Steve Jobs once said, likes to own music. But lately I have more or less switched my new music listening to Spotify. My hundreds of dollars a year to Apple is now down to 30% of Spotify’s $10 monthly fee. And you don’t need an iPhone to listen to Spotify. As iOS matures, the question will be not how sticky it will remain but how elastic it will become. With wearable computing and the internet of things making the OS part of our everyday lives, will Apple’s policies give iOS the power and, more importantly, the flexibility to adapt to an increasing number of use cases?

Will Ive’s iOS improve enough? The most obvious big question for June’s WWDC concerns iOS 7. Last Fall, and following Scott Forstall’s ouster, Apple designer Jony Ive was tasked with its refresh. There hasn’t been enough time for a top-to-bottom overhaul, but expectations are that Ive will do… something. Will it be more than a coat of paint and a front-facing feature or two? A sanding of its skeuomorphic excesses? Or will Ive tackle things like greater communication between apps, improved lockscreen functionality, default app customization, streamlined text input — or, even, a reimagining of the iOS Springboard? I wouldn’t bet on the latter but am hoping for some of the former.

Who will be the voice of Apple? For years it was Steve Jobs. But Jobs didn’t say that much. Sure, there were product launches, keynotes, and customer emails (usually just a few words). An occasional sit-down with Walt Mossberg. But he wasn’t a particularly loquacious CEO. He certainly didn’t respond to Wall Street in the press. But here’s the thing: Jobs’ head-fakes and periods of silence created meaning and a sense of direction. His personality and personal history automatically filled in the blanks. And when he did speak about a new product, he transmitted confidence, enthusiasm and a contagious believe in his own creations.

More than anything right now, Apple has a communication problem. Wall Street analysts complain that the company is not communicating enough about its future products and cash strategy. I’d argue that they are not communicating well enough in general. The orchestrated leaks to the Wall Street Journal and Bloomberg about the iWatch seem tentative and half-hearted. When marketing chief Phil Schiller gave rare interviews to slag Samsung’s latest phone on the eve of its release, he made an embarrassing unforced error. And then there’s a line of Tim Cook’s that I can’t get out of my head. It was during a D10 sit down last May with All Things Digital’s Walt Mossberg. Cook proclaimed that Apple’s buggy robotic secretary had become some “people’s best friend.” Mossberg shot back, “Isn’t that a little sad?” Cook’s response: “I don’t judge.”

Ouch. Forget the stock price (okay, don’t forget the stock price) — I’ve had a hard time getting that deeply cringe-y exchange out of my head. The idea that the product could be judged good enough to be considered a best friend — that any product could be considered a best friend — speaks to, at best, a tin ear, and at worst, a kind of alienation from the idea that technology should enable relationships, not supplant them.

I’m hoping that exchange was just an anomaly. A momentary blip from an exec not used to such wide-ranging sit-downs. But I am concerned that Apple find a spokesperson who can evolve the language of its past — liberal use of words like “magic” — into the language of its future. Given this challenge, it’s interesting that the company elevated Jony Ive, its one high-level exec who shuns live speaking and who never presents at its product launches. I’m hopeful, though, because when Ive does talk, I like what he has to say. As much as I hated that “best friend” exchange I loved that video of Ive discussing a future lunch box with a British school child. Sincere, playful and smart — that’s the guy I want designing my future technology.