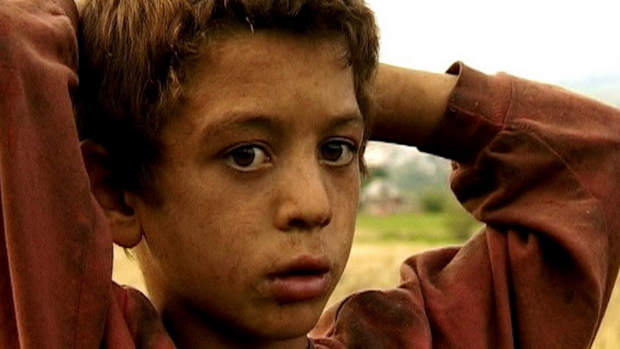 by Billy Brennan
in Director Interviews, Directors, Interviews
on Jan 18, 2013

The Roma, more commonly known by the derogatory term “Gypsies,” are Europe’s largest and most oppressed ethic minority. Despite being enslaved in some regions into the 19th century, Western literature, art and culture has long masked the ugly truths with the romanticized notion of the Roma as a free-spirited, nomadic people. Unfortunately these people are subjected to much crueler stereotypes in their day-to-day lives: that they are lazy, dirty, diseased and violent, uninterested in education or holding a job.

Far from the truth, the Roma hope for betterment and claw desperately to break free from the cycle of poverty and discrimination that weighs upon them through generations. This hope is made all the more difficult by the ongoing struggle for desegregation in European schools, where Roma children are often relegated to shabby classrooms and inadequate resources. With Our School, director/producer Mona Nicoara set out to document the desegregation movement of Romanian schools in Transylvania through the eyes of three children (Alin, Dana and Beni) in the village of Targu Lapus. What began optimistically would, over the course of four years, unfold as a stunning and gut wrenching look at the painful reality of racism, one that we are powerless to stop unless we look it in the face and acknowledge its existence.

Filmmaker discussed the origins and evolution of Our School, as well as personal experiences and the plight of the Roma, with Nicoara.

Filmmaker: Why did you choose to film these children and their story over the course of 4 years?

Nicoara: We knew that about thirty towns in Romania were about to receive funding for desegregation, and we picked a few to start scouting—we wanted a small town setting, a complete world that we could represent on film, preferably in Transylvania, a place we knew and loved. Targu Lapus looked like it was set for integration: Both Roma and Romanian parents thought that integration was a good idea, and the local authorities looked like they were starting on the right foot.

Picking the kids themselves was a much less rational decision: Alin, who is the middle child in a family of nine, started following us everywhere. I think he loved the attention, and he also loved that he could crack us up. He is such a lively, creative and open personality, and he can tell a story like it’s nobody’s business. It soon became clear that he would show up in almost every scene we tried to shoot—my Co-Director Miruna Coca-Cozma used to say that even if we wanted to make this film without Alin, we couldn’t.

Dana was also very clearly compelling: She was the best student in the segregated school, ambitious, older, and has this tall, flirty, sassy presence. She is so self-possessed, so sure of herself and of her path, and has so much grace, we would have had to be blind not to connect to her. Beni, on the other hand, was a less obvious choice. He was quieter, less open in the beginning (though now he calls all the time). But he had a knack for asking all the hard questions, for confronting reality in a sober, devastatingly honest way—and he became, in a way, the conscience of this film.

We initially thought that we would film them only for one year. But it soon became clear that their stories were much more complicated than we had anticipated, that they would take longer to unfold. So we kept coming back until we knew we had what we needed to do their stories justice. We didn’t know how or where these stories would end—we just knew that they would not end as expected, and that we could not give up mid-way.

Filmmaker: What were your feelings–and those around you–at the start of the desegregation initiative? After the four years?

Nicoara: We started out with so much hope. We really wanted to understand what integration looks like. By the time we were done shooting, however, we realized that we ended up with a full typology of segregation—and nearly no actual integration captured on film. The sense that these kids lost not just four years of their lives, but nearly all chances for a better future than their parents was overwhelming. And then, to make matters worse, it eventually dawned on us that that meant we had a good arc to the film and an ending that would jolt audiences into awareness—at such a high price to the children themselves.

Filmmaker: Why do you think the Roma do not get the attention that other, more publicized (so to speak) oppressed groups receive?

Nicoara: There is a level of disenfranchisement that is hard to comprehend, and makes getting attention an incredibly steep uphill battle. In my home country, Roma were slaves until the end of the 19th century. When they were freed, they were given no property, no place to settle, no rights to speak of. In some places, Roma don’t even enjoy full citizenship: the breakup of Czechoslovakia or Yugoslavia, for instance, left many Roma stateless. This kind of nearly absolute exclusion makes it difficult to organize, to get educated, to build a movement. Activism is the last thing on your mind when you worry about having a roof over your head, or a meal for your kids. And many non-Roma prefer things to stay that way. Expressing anti-Roma sentiment is not just all too acceptable but, in many cases, enhances one’s social position. Politicians in Hungary or France still try to use anti-Roma rhetoric to win elections, and reality show producers in the UK and the US feel perfectly free to build ratings on the back of “Gypsies.” Until a critical mass, a coalition of Roma and non-Roma challenges this state of affairs, Roma may well continue to be disenfranchised. 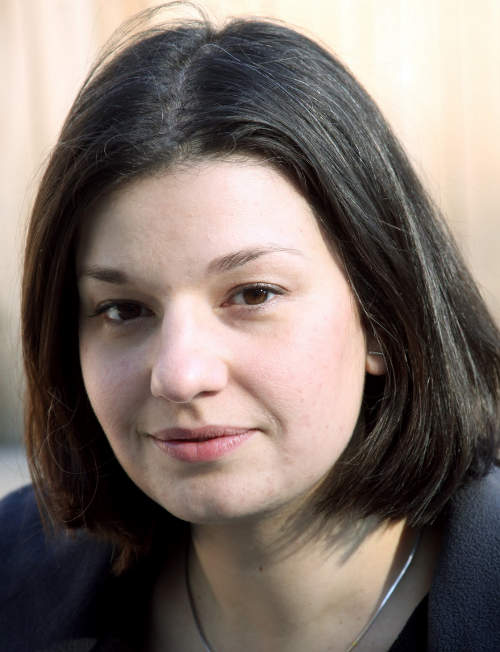 Filmmaker: What was your experience with prejudice growing up in Communist Romania?

Nicoara: Communism does not erase prejudice. It merely drives it underground, where it festers under the official sheen of equality. Ceausescu’s Romania did not recognize Roma as a national minority. They were nowhere to be found in official documents or public discourse. When teachers in my school referred to Roma classmates, they said that they were “less fortunate” or “from a poorer families.” We knew even as kids that that was code for “Gypsy.” In private and in practice, racism raged on: Parents threatened children that “Gypsies” would come and take them if they didn’t behave; haggling or quarreling was branded as “Gypsy”-like behavior; and, all this while, Roma kids were streamed into the worst schools.

When the Revolution came in 1989, the floodgates of racism opened suddenly and violently. Mere days after the change in regime, the majority population in a small Romanian village took it upon themselves to chase their Roma neighbors away and set fire to their houses. Over the next decade, over 30 such cases of mob violence—pogroms, really—against the Roma were recorded in Romania. Many of them were lethal. And while that streak of pogroms has died off to a certain extent, anti-Roma sentiment is still shockingly on display in public discourse.

Filmmaker: How important was it to you to tell this story and what do you hope people will take away from it?

Nicoara: I came to filmmaking from a human rights background, and I started working on this documentary out of frustration with the little traction that all the activist reporting, litigating, naming and shaming got in the public discourse. I wanted to give a name, a face, a voice, a whole living, playing body to this abstraction that we tend to operate with in our work as activists—“the Roma” (always in the generic plural) or, worse, “the human rights victim” (who somehow doesn’t have a full-fledged existence  in our minds outside the minor occupation of being a victim). And to show what these abstractions actually mean in the day-to-day life of a small person. I have children myself, and I know how heartbreaking it is for a parent to see a child, any child, take on the world. Once you start documenting that, there’s no turning back. We felt like we had to keep doing it until we knew we could do justice to their stories. That’s true of the entire team: Our tough director of photography, Ovidiu Marginean, got really emotional after one of our last shoots; and our editor, Erin Casper, who spent a year and a half wrestling the footage into a beautiful yet muscular structure, was so awed to meet the children in their homes in Transylvania.

We made this film to understand how racism works, on a day-to-day basis, on a human level, within ourselves. We can change laws and policies all we want, but if we do not become aware of  and awake to our own responsibility and agency in perpetuating inequalities, the chances of making any lasting, real change are slim. We know now, after nearly two years of screenings in Europe and the US, that the film works as intended, as a mirror that helps us understand ourselves.