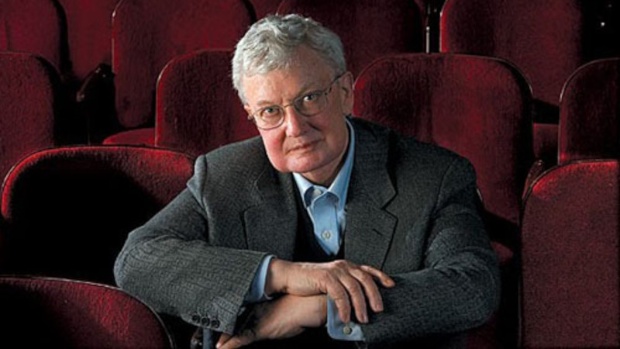 “Most of our childhood is stored not in photos, but in certain biscuits, lights of day, smells, textures of carpet…” — Alain De Botton

I hadn’t recalled my dank childhood basement in quite some time, but the room, with its wicker furniture, orange-ish carpet and large, wood-panelled Sony TV, came flooding back last week upon reading of the sad passing of film critic Roger Ebert, just one day after he posted a “leave of presence,” a slowing-down that was still more active than the combined work of two men these days. It was in that basement that I’d faithfully watch Ebert and Gene Siskel’s first TV show, Sneak Previews, when it syndicated on the Washington, DC PBS affiliate each Sunday night.

For those younger, who grew up with “two thumbs up” already part of movie lexicon, it’s hard to convey how fresh Siskel and Ebert in that first iteration felt. This was pre-internet — just two guys arguing about the movies, covering all the Hollywood stuff, of course, but also working in plenty of arthouse films and championing their personal favorites. For Ebert, that meant films like Herzog’s Aquirre, the Wrath of God, or the work of Errol Morris. I remembered Ebert’s enthusiasm for Morris’s Gates of Heaven, his black comedy about pet cemeteries, and as soon as I made to New York and its world of repertory theaters, was sure to check it out.

Later, my interactions with Ebert felt more direct. He panned a movie I produced, but what I remember was less the review than the way his opinion spread. Yes, there was the thumbs-down, but there was also the syndicated capsule review, with its few words of critical commentary and couple sentences of plot. Seeing that blurb appear everywhere taught me something about movie concepts, and how, even for art films, the one-line had to have something different about it.

A couple of years after that he gave a movie I produced a great review — Harmony Korine’s julien donkey-boy. Gummo had gotten some bad notices, so I was really happy to have someone of his stature in Harmony’s camp, and I told him so when I bumped into him in Cannes a year or so later, prompting an enthusiastic mini-monologue about why the film was so good.

I make it a point to never bring up films I’ve produced with critics, whether their reactions are good or bad. Too awkward. But with Ebert, it felt like the thing to do. He projected an accessibility through his writing, a quality that enabled him to become not just an advocate of specific films but a kind of ambassador for the movies in general. I don’t think back in the day I even imagined we’d ever need such a person — I mean, cinema was the 20th century artform, right? But there became a point, as we tilted into the 21st century, when that enthusiasm was needed, and Ebert mustered it as powerfully as anyone.

Which is not to say that he didn’t have his doubts. Covering the Cannes Film Festival a few years ago, he wrote, “I’ve been to 35 festivals in Cannes. I’ll tell you the truth. I doubt if there will even be a Cannes Film Festival in another 35 years. If there is, it will have little to do with the kinds of films and audiences we grew up treasuring. More and more, I’m feeling it’s good-bye to all that.”

These doubts weren’t reflected in his output, however. Ebert still cranked out hundreds of reviews a year. But they were reflected in the way he expanded his voice. Even if cancer hadn’t rendered him unable to speak, I’m sure he would have been just as active on social media because he knew that his job required his presence there. In the last few years, in the same way I’d look forward to a good Ebert review, I’d anticipate him maybe reading something I wrote and retweeting, which he did a few times, or turning me on via a link to some unknown film writer he discovered on the internet, or championing the work of someone like Filmmaker’s Jamie Stuart, whose work he dubbed Oscar-worthy.

Even as he mastered the 140 characters in his later years, Ebert went long-form more frequently, and these pieces were always terrific reads. Among many other topics, he wrote about his struggles with alcohol, the value of reading and why the internet has led to an amateur “Golden Age” of film critics:

What the internet is creating is a class of literate, gifted amateur writers, in an old tradition. Like Trollope, who was a British Post official all his working life, they write for love and because they must. Like Rohinton Mistry, a banking executive, or Wallace Stevens, an insurance executive, or Edmund Wilson, who spent his most productive years sitting in his big stone house in upstate New York and writing about what he damned well pleased. Samuel Pepys, who wrote the greatest diary in the language, was a high officials in the British Admiralty. Many people can write well and yearn to, but they are not content, like Pepys, for their work to go unread. A blog on the internet gives them a place to publish. Maybe they don’t get a lot of visits, but it’s out there. As a young women in San Francisco, Pauline Kael wrote the notes for screenings of great films, and did a little free-lancing. If she’d had a blog, no telling what she might have written during those years.

So, I guess the main thing that hit me upon hearing of Ebert’s death was how long it had been since I associated him with those days when I wouldn’t miss an episode of Sneak Previews. He was simply doing too much, was too associated with the contemporary discourse around not just film but media and communication in general, to be thought of nostalgically. And that’s remarkable. Most public figures who die, you remember them for “their time,” the period of about ten years when they made their most powerful mark. The amazing thing about Ebert is there never was just one time. Across decades, he made every moment his, and for all his insight on cinema, for exposing me early to favorite films like Aguirre and Gates of Heaven, that’s what I’m going to remember and be inspired by the most.