The Rocket, The Kill Team Nab Top Awards at the 2013 Tribeca Film Festival 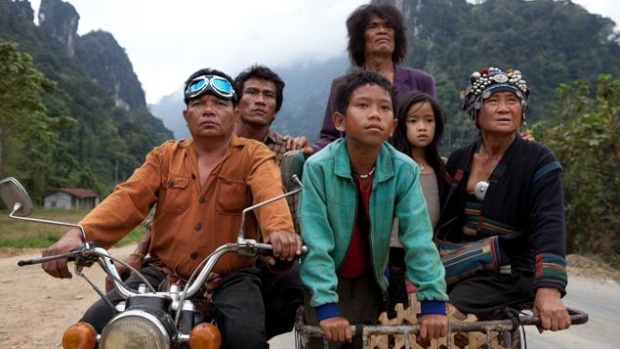 Of Mourdant’s Laos-set film, a jury consisting of Bryce Dallas-Howard, Blythe Danner, Paul Haggis, Kenneth Lonergan, and Jessica Winter, said, “The Rocket is a spectacular achievement that is powerful and delightful in equal measures. Artfully structured and gorgeously shot, it chronicles the struggles of a displaced family while steering well clear of either sentimentality or despair. Complex in its tone and characterizations, the film takes an unflinching – and edifying – look at the suffering caused both by a legacy of war and the new status quo of economic globalization. And yet, while never losing sight of those grim realities, it also offers us a transcendent tale of hope and perseverance in a world that few Westerners ever have the chance to see.”

About Krauss’s Afghanistan war expose, The Kill Shot, the jury, who included Joe Berlinger, Sandi DuBowski, Whoopi Goldberg, Mira Sorvino, and Evan Rachel Wood, said, “The Kill Team examines the fundamental flaw in the preparation of young soldiers for war that allows them to see people as targets without humanity, a culture of killing that looks to express itself even in times of peace. It masterfully combines verite’ footage, talking head interviews and a private look into one family’s desperate fight in a seamless cinematic undertaking.  As the drama unfolds we are faced with issues of both institutionalized responsibility and culpabilty within the military itself, the extreme importance of individual acts of courage, cowardice or allegiance to authority, and an expiation of guilt of one tormented soldier’s decision to blow the whistle, too late.  We feel it raises questions that demand to be answered by our military and society at large, so that these ever enumerating acts of senseless violence cease.”

In a statement, Tribeca Film Festival Artistic Director Frederic Boyer, commented on the special mentions and diversity of awards: “With such a wonderful and diverse selection of films in our competition sections, the jury has had quite the challenge in awarding just one per category. Their selection recognizes films depicting worlds that are seldom seen on screen and to which we are given the rare opportunity to experience through unforgettable characters and remarkable subjects.

The Tribeca Film Festival continues through Sunday. A complete list of awards follows.