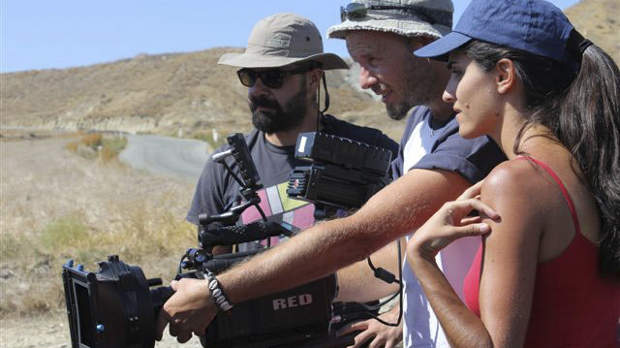 Stereotypes exist for a reason. They exist because they’re usually true, or at least they stem from a truth. For example, when filming in the countryside on the Mediterranean island of Cyprus, a stereotypical image would be that of a herd of goats meandering through the set. Cliché? Unrealistic? Yet, this is exactly what happened every morning at 11am sharp while we shot a local feature film earlier this year. The sound man would roll his eyes in frustration, being the first to hear the clinking of their bells, the crew would move their gear out of the way and production would halt for several minutes while the smelly herd passed by.

But this was a tiny challenge compared to what our local industry is really facing. It’s actually an apt metaphor for our current status: we’re still so small that no one has really taken notice yet, not even our own people. Not even the goats.

Cyprus is a small, unexplored, unexploited gem in the Mediterranean. It has over 300 days of sunshine, it’s one of the cheapest shooting destinations in Europe and it has top-of-the-line facilities and professional English-speaking crews. Yet it somehow hasn’t managed to market itself locally or internationally to inspire any faith in the local film industry.

Locally, we have had incredible support over the last few years from the Ministry of Education and Culture, who would grant annual funds to a slate of shorts, features and documentaries. But in supporting more arthouse rather than commercial projects, our local audiences have never really been exposed to their own cinema. This means that our own public is unaware of the local film industry which makes it very difficult to obtain any form of local sponsorship or support. Some films have had great success in foreign film festivals but not enough to attract any attention back to the island.

In the last couple of years, though, we gained some momentum and saw the production of a few more audience-friendly films. But thanks to the crisis finally reaching our shores, funds have now been cut and we’re left back at square one, with very little government funding and even less private support.

Here is why this is tragic: we have good filmmakers here and even better stories to tell. Cyprus is a country still divided by war and politics, a crossroad between the East and the West, a melting pot of the many cultures that have visited, invaded or occupied it. The stories are endless. And the filmmakers are dying to tell them.

We have a small group of professionals who work together on every production. They know each other so well that they work like a well-oiled machine and they are all characters befitting a film of their own: there’s the grip who breaks into traditional tunes when sound isn’t rolling; there’s our Swedish-Cypriot art director who is married to our Chilean-Cypriot sound man who argue endlessly whenever she adds noisy chickens to a scene or he insists on carpeting her sets; there’s the two-meter tall ex-basketball player turned makeup artist; there’s the French-Greek gaffer with a Mohawk and an attitude, and the tattooed German d.p. who has managed to adapt to Cypriot timing. And there’s me: the South African Cypriot director trying to make a little independent feature in Cyprus. I’m probably the biggest anomaly.

I decided to write something that a small group of us could make with next to nothing. I wrote Committed, a road-trip movie with two main characters that takes place over one day. Small cast, no complicated locations, no major lighting or set-ups, smaller crew, shorter schedule and therefore, smaller budget. I refuse to believe that you need a mammoth budget to tell a good story.

I got three great production companies behind me (Fullmoon Productions, Filmworks, Seahorse Film Productions) who are providing equipment, post-production facilities and services at a fraction of their normal rates, and I launched a funding campaign on Indiegogo.

If this film takes off, it could inject some life into our dwindling film industry because, as work peters out, many of our crew members are considering leaving the country. If this happens, the industry dies.

And this essentially is the biggest challenge we face. It’s tough anywhere in the world to get a film made, but as long as you exist within an active industry, be it commercials, music videos or film, and you’re working, earning an income, feeling inspired and stimulated, you can keep going. You can take risks and work on projects of your own. You can keep developing your local independent film industry.

We haven’t given up yet. Other local filmmakers like myself have also taken the independent route and are creating small, focused films. We’re being creatively resourceful and resourcefully creative and proving that stereotypes also exist for another reason: to be broken.

You can see the campaign and a trailer for the film Committed at www.indiegogo.com/committed