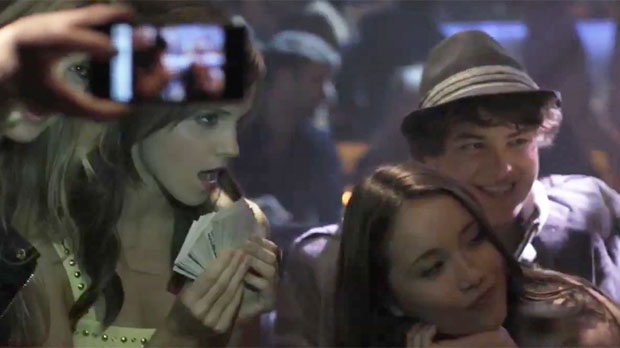 Closing this past weekend with the North American premiere of Sofia Coppola’s The Bling Ring, a rousing if troubling film from the talented poster child of Hollywood nepotism, the Seattle International Film Festival ended another stellar edition in appropriately laidback style for this sneakily large, aesthetically pleasing, generally all-too-inviting, pot-positive town. SIFF is a mammoth event, a well-oiled machine, smartly run and elegantly programmed; if there is a festival with a more devoted community of volunteers and board members, cultish cinephiles and casual participants making it into a unique and unusual thing, I don’t know of it. More on that in a second, though.

Uncomfortable laughs reverberated around the packed house that took in The Bling Ring at the Cinerama, a balconied ’70s-era movie palace that has been smartly renovated. Throughout the film — based on a true crime tale about a pack of teenage celebrity worshipers who decided, with predictable consequences, to start pulling clothing and jewelry heists on their tabloid fascinations, including Paris Hilton, Lindsay Lohan, Orlando Bloom, Rachel Bilson and Audrina Partridge — I couldn’t help but feel like I was missing the point. Or maybe, more damningly, the director was. The movie, based on the Vanity Fair article “The Suspect Wore Louboutins,” has its cake and eats it too; it doesn’t go out of its way to condemn these teenagers, although it clearly wants to merely simulate a moral compass through the structural conceit of having mournful interviews of the participants after the ring was exposed peppered throughout the mostly linear narrative. Its young performers — Israel Broussard, Katie Chung and Emma Watson — are all fine, and the tech credits, which include the late Harris Savides (to whom the movie is dedicated right up front, classy), are sound.

Still, something is rotten in Denmark. In the year of girls gone bad brought to you by your friends at A24, shouldn’t we take a step back and ask why it’s so slickly alluring to watch young white and Asian kids rob, steal, lie and speak in banal irrelevancies? How did we get to this point — and what made tales of amoral crime sprees, from Breathless to Bonnie and Clyde, so much more subversive and entertaining a few generations ago? Like Harmony Korine’s Spring Breakers, the new distributor’s previous foray into narratives of petty crime committed by millennial heartthrobs whose main cultural flashpoints are materialist hip hop, The Real Cancun and the successors of Tiger Beat, The Bling Ring invites us to take gleeful pleasure in the vigor of its bratty protags’ materialism and hedonism, all the while offering little hope that in the future kids won’t continue to be this vapid.

These are dreary, postmodern works that have, underneath their glossy sheen of colorfully photographed young flesh and catchy tunes, a real sadness within them, a cautionary quality, that their authors refuse to acknowledge. In a digitally mediated world where the allure of fame has more purchase than ever and wealth stratification is seemingly unstoppable, the young and moderately well-off are bound to be consumed with envying and attempting to replicate the lifestyles of celebrities, Coppola’s film argues, and if you’re looking for a way out of this infantile culture, stop wasting your time. The film could practically be subtitled, “How I Stopped Worrying and Learned to Love Societal Collapse Brought on By Social Networking and Big Data.” This is a dark vision, perhaps Coppola’s darkest, and although she shows little more concrete perspective or authorial ethics than she did in Marie Antoinette, it’s still a tad bit disappointing to be thrown into this abyss and just asked to accept it. The author clearly isn’t making this movie out of a place of pain for a culture lost or sullied.

With 447 films from 85 countries unspooling over 25 days, it’s sheer folly to try and extrapolate much from the program as a whole, but the entire thing is partitioned into thematically based sub-programs with straightforward names like “Love,” “Make Me Laugh” and “Thrill Me” that prove surprisingly digestible as you peruse the exhaustive film guide. Competitions are juried for Best New Director and New American Film, while the centerpiece prizes, the Golden Space Needle Awards, ironically given away in a Sunday brunch ceremony high atop the actual Space Needle, are audience prizes. A smattering of world premieres, mostly of American indies, are always on display, but the program is made up of work that one might find at the mega-festivals that define the festival calendar and the regional and second-tier events that fill it out alike.

A marathon event like this requires an even more tightly coiled staff than most festivals and Seattle’s is among the friendliest and most competent you’ll find on the circuit. They’re always noticeably tired at the end; Carl Spence, the festival director, a broad smile on his face just barely masking his exhaustion, gleefully drank a brand of bourbon that’s produced in Washington State and accepted congrats from Closing Night partygoers. If SIFF’s 39th edition is an indicator, then it surely is near the top of heap when it comes to the country’s long-running, large-city, non-market film festivals; along with San Francisco, Atlanta, Chicago and Cleveland, it is among the best.

The narrative world premieres are never a strong suit — the big-market festivals gobble up most of the good ones. Although Brady Hall’s Seattle-set drama Scrapper has its admirers (it remains unseen by this critic), films like Andrew Howser’s single body-mounted shot, microbudget country noir Worm, Matthew Watts’ pedestrian relationship dramedy ensemble Mutual Friends and Tomer Almagor’s music industry, alcoholism and love picture Nine Full Moons all have impressive things about them, but one senses while viewing each why they didn’t find a bigger platform to premiere. 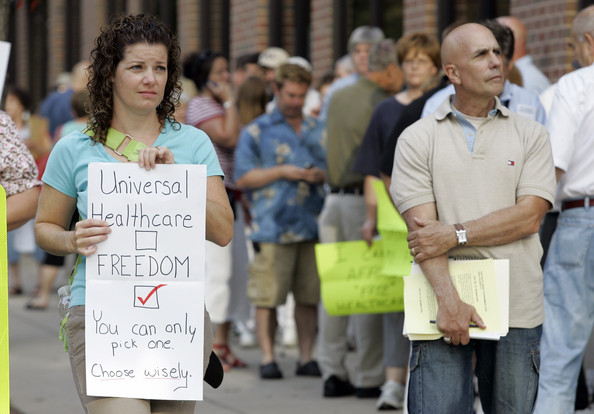 Several of the world premiere docs are standouts however, with two in particular I’d single out. The first is Riley Morton’s Evergreen, a fascinating, extraordinarily well-researched and executed doc about the intramural squabbles among legalization advocates in the run-up to Washington State’s historic marijuana legalization initiative. How the law was constructed, why it succeeded in passing, what loopholes still exist that could potentially continue discriminatory law enforcement practices — it’s all laid out digestibly and compellingly by Morton and his team.

Even more moving, reminiscent not just of the direct cinema legends like Maysles and Leacock, but of recent stalwarts like Rachel Grady and Heidi Ewing, is Jamila Wignot and Sierra Pettengill’s respectful, massively depressing, often quite beautiful portrait of a pair of Pennsylvania Tea Party activists, Town Hall. It would have been easy to patronize characters who rail against government healthcare spending while relying on Medicare to provide for their parents’ wellbeing, who claim that Glenn Beck is always presciently correct, who keep FOX News on all day, who never notice that everyone who seems to support the candidates they do is the same color they are, but in the story of Katy Abrams (made famous on cable news during a anti-spending tirade at one of the late Arlen Specter’s Town Hall meetings in the summer of 2009) and John (whose end of Reading, PA, is populated by Hispanics he claims don’t have the work ethic and cleanliness of the town’s previous, industrial age residents), the filmmakers extend their empathy, and ours, to these two lost souls. When Katy attends an Occupy Harrisburg meeting and returns to her suburban home to tell her husband/political father how they really want the same things as the Tea Partiers, but are just, well, misguided and a little unclean, her tone might as well have been the same one in which I discuss people like her. Never has American political intractability been so dramatically dramatized by a vérité doc. The impossibility of American political discourse providing adequate systemic change to avoid frequent catastrophe in the age of astroturfed campaigns like the one Ms. Abrams works for is real, but the people who power such organizations are as foolhardy and vulnerable as the rest of us. This should go without saying, but Town Hall provides a valuable window into an all-too-prevalent belief system and way of life.