We are the Visitors: On Godfrey Reggio’s Masterwork 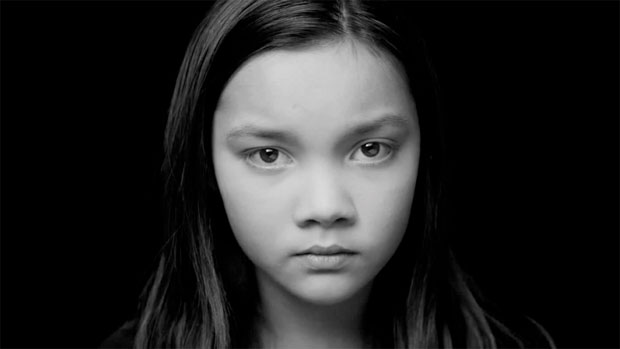 The Toronto International Film Festival this year permitted me to look back and remember the first independent movie I ever saw when I was 15 years old, Jim Jarmusch’s Down By Law. That film made me want to run away from home and make movies, and I did. This year I saw his new film, Only Lovers Left Alive, as well as another film by a director whose work was formative for me. The same year I saw Down By Law I was listening to cassette tapes of Philip Glass, music I had taped from vinyl albums belonging to people I babysat for. And then I saw Koyaanisqatsi. Seeing that movie scared the shit out of me, in a good way. The film was fast because it needed to be; it had to hit us over our heads to make us understand how we were living. And now we revel in the very things Reggio wanted us to see 30 years ago. Indeed, in our media we make orgies with them.

Luckily, Reggio’s new film, Visitors, which premiered here last night at the Elgin Theater with Philip Glass’s score performed live by the Toronto Symphony Orchestra, takes a completely different approach. It is incredibly profound, unexpected and brave. Steven Soderbergh, who presented the film, said last night at the screening, “If, 500 years ago, monks could sit on a beach and make a movie, this is what it would look like.”

It surprised me to hear Reggio say during the Q&A that he expected the slowness of his movie to cause anxiety in the viewer — I found it deeply comforting. I wanted to be swallowed up into the pure white light emanating from the screen at the end, to meet my maker. Each moment was pure pleasure, a cathartic, cleansing experience. I felt permitted and encouraged to breathe, freed from the ubiquitous bombardment of fast cuts.

What do the animals make of all our human detritus, a tidal wave of garbage rolling over here in slow motion?

Seagulls hovering in the air weave a perfect pattern, never crashing into each other, harmoniously sharing the space around them. They seem to possess a wisdom and patience we shall never have.

Abandoned amusement parks are graveyards, their towering roller coaster frames dinosaur skeletons. An empty, echoing games arcade becomes a mausoleum. The visceral pleasures of the modern world have been forsaken. We no longer experience, we watch from deep inside ourselves. We don’t need a defined physical space, just a black void will do nicely.

Slow-motion close-up images of human faces, faces that stare back at us as we the audience stare at them. It’s easy to imagine the eye candy they are processing, their eyes sucking at their feeding tubes.

By slowing down and forcing us to look deeply, Reggio urges us to look deeper than surface emotional junk food. We stop seeing the purely reactive on the faces we are watching and find the more primitive emotion that becomes perceptible in this way. It is unburied. We ourselves stop being purely reactive, we find our own primitive emotions and fears surfacing also. In the stillness we are allowed to truly perceive, consider, feel.

Yet we never see what they see. The film is a bio-feedback loop. We are mirrors, we see ourselves, we stare back at the people on screen. They watch us, we watch them. The gorilla watches us, we watch the gorilla watching us. How strange we must seem to these wise animals, as our fingers dance and our souls gape out of our eyes?

The natural world has patterns far more complex, challenging and absorbing. Infinite, perfect. The swamps of Louisiana reflect the fossilized trees. They were there before us, and will be there after we are gone.