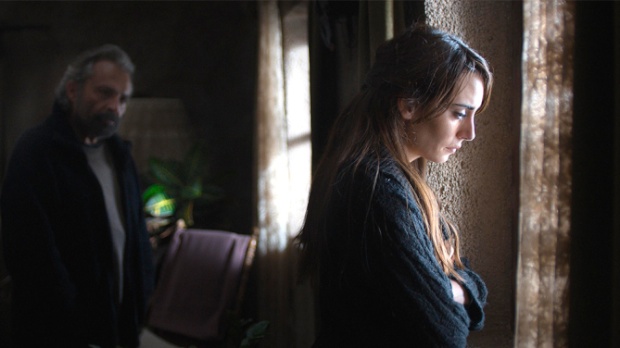 Turkish filmmaker Nuri Bilge Ceylan won the Palme d’Or at the 2014 Cannes Film Festival today for, Winter Sleep, his discursive tale of ethics, love and relationships set in and around a small inn in central Anatolia. The prize was awarded by Quentin Tarantino and Uma Thurman in a ceremony that saw nearly all of the most critically-praised films emerge with some award or another. (Interestingly, this was the second year in a row Cannes awarded its top prize to a film over three hours in length.) Earlier in the week, Winter Sleep was also awarded the FIPRESCI prize for the Competition’s Best Feature.

With Cannes topper Thierry Fremaux still being criticized for the number of female filmmakers in the main competition, Italian filmmaker Alice Rohrwacher, who previously played in Directors Fortnight three years ago, won the festival’s second prize, the Grand Prix, for her heartfelt coming-of-age story The Wonders.

The Jury Prize was given to two enfants terribles on opposite ends of the age spectrum: 83-year-old Jean-Luc Godard for his alternately playful and mournful Goodbye to Language and 25-year-old Xavier Dolan for his explosive melodrama Mommy. Notably, both films radically explored film formats, with Godard literally inventing a new shot in 3D while Dolan shot in a boxy Instagram format. (“I’ve seen maybe two Godard films, and I really don’t like them,” Dolan said in an interview with Calum Marsh last year.) In the press room after the awards, jury president Jane Campion said it was a “conscious” decision to pair the two directors for the award.

Bennett Miller picked up Best Director for Foxcatcher, his long-gestating true-life tale of the murder of an Olympic wrestler by an heir to the DuPont chemical fortune. The Screenplay prize went to Andrey Zvyagintsev and Oleg Negin for the late-screening Leviathan, a tale of one man’s Jobs-like battle against local government which many had tipped for the Palme d’Or after its Friday screening.