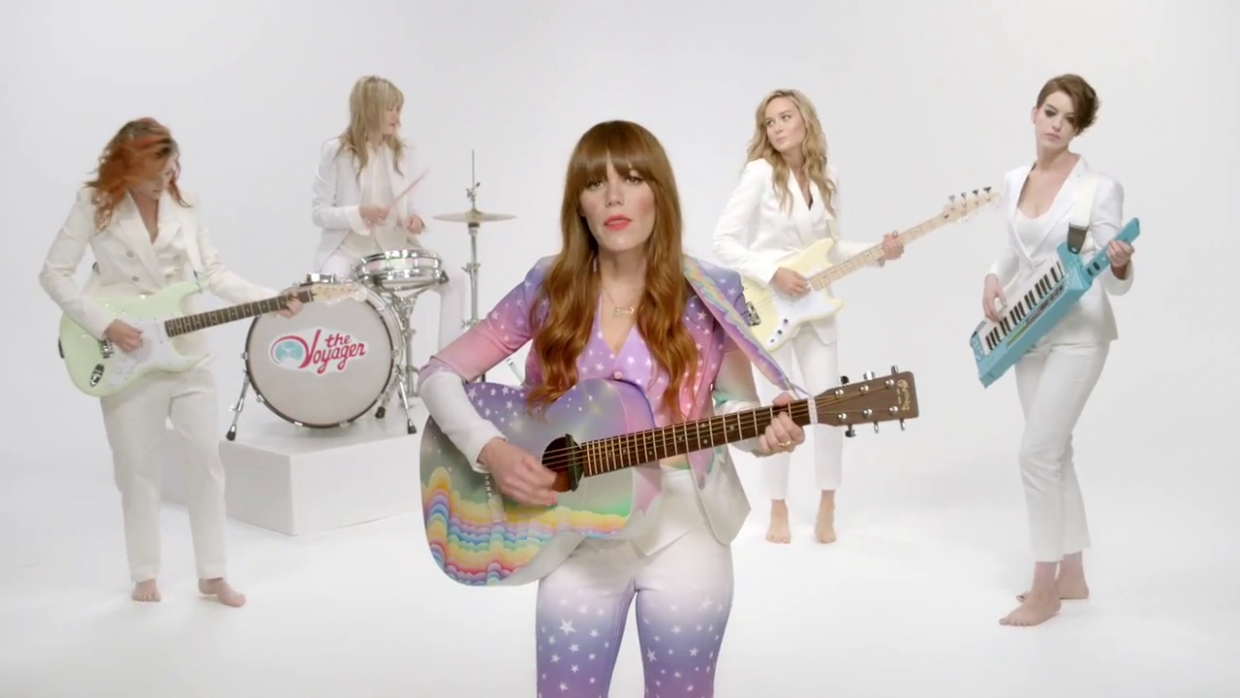 Jenny Lewis, "Just One of the Guys"

At today’s IFP Film Week panel, “Musical Approach to Visual Storytelling,” filmmakers Zia Anger, Celia Rowlson-Hall, Ashley Connor and David Svedosh will discuss their varying approaches to the medium of music videos; collaborations with the likes of Jenny Lewis, Angel Olsen, Mitski, MGMT, and Elliott Moss; and the benefits of working in a pipeline that’s a bit more streamlined than feature filmmaking. Prior to the discussion, the four shared a few thoughts on the experimental tendencies of the medium, its release strategies and much more.

As a filmmaker, music videos can afford the opportunity to experiment with images and sound beyond the bounds of a traditional narrative.

“I really love filmmakers like Marie Menken and Maya Deren who use the emotional side the camera to move in a way that I’ve tried to apply to a lot of my work,” says Connor. “Shooting music videos allows me that freedom because you can get away with a lot more when you’re less concerned with a narrative — the work then operates on a subconscious level, and sometimes I’m even able to throw that into my narrative work.”

Anger, whose music videos favor a lyrical quality, lets the transient experience of song listening guide her in her direction when she’s writing a treatment or developing a concept. “Generally music that is considered deserving of a music video is ephemeral,” she says. “The song usually deals with a singular feeling, and allows it to be ephemeral. It comes, it touches you, and then it leaves. If you are in love or a masochist or obsessive or angry or whatever, the feeling may come again and again because you repeat the song. That myopathy in repetition creates a meaning and an exploration that is far less singular. So I am interested in this duality: the ephemeral but also the repetition.”

Svedosh also notes that although experimental approaches in music videos are “not always easily accessible, they can demand repeated viewings, and over time can give way to new interpretations.”

The removal of a more traditional release strategy in the world of music videos can sometimes function as a double edged sword.

“I don’t know of any filmmaker who dreams of having his or her work screened on YouTube,” admits Svedosh. “But realistically, unless you plan on making the festival rounds, the internet is now the de facto platform for music videos. And while the visual experience suffers because of this (I’ve spent countless hours trying to minimize compression artifacts with the ‘perfect’ encoding settings), the upside is that your work is now accessible by almost anyone in the world.”

But the practice is a nice change of pace from feature filmmaking.

“Music videos are almost a respite from shooting features because the shoots are short and there’s a quick turn around with releasing it,” says Connor. “Sometimes you shoot a film and people don’t see it for years, so I love the immediacy of the whole process.”

Music videos were also key in honing Celia Rowlson-Hall’s directorial style, as her narrative films are often related through dance. “Music videos and fashion videos helped me transition from choreography into filmmaking,” she says. “As a choreographer, the music is what drives me to create the style and type of dance that I create for that particular song. I implemented this same practice as a director, and let the music inform my images and plot.”

The ideal relationship between a video and the song it represents is a complementary one.

“The story and the music should be equal players in the video,” says Rowlson-Hall. “It is a symbiotic relationship, and they elevate one another. Echoes Connor, “My favorite videos are those that feel so reflective of the music that you can’t really separate the two. I hate videos that are too literal or incongruous that you can’t really listen to the music. If you want to make a short film, go make a short film.”