A Plea for Standards and Interoperability 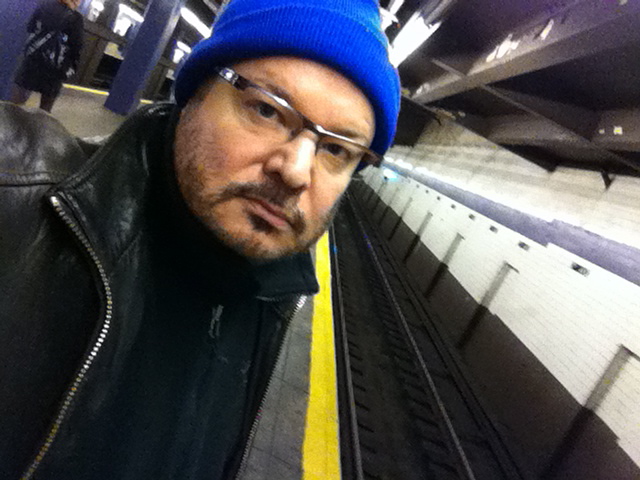 by Kieran Masterton
in Distribution, Filmmaking
on May 13, 2013

This is a plea, of sorts, to the growing number of online platforms that wish to become a lasting link in the indie film value chain: please consider the interoperability of your systems. Increasingly, platforms do not require exclusivity, which is fantastic and frees filmmakers to release their films on multiple online/digital outlets at the same time. However, with the ever-increasing number of platforms comes more work for the filmmaker. Codecs, formats, resolutions, subtitles, audio specs, frame rates, aspect ratios — all of these are defined in platform requirements to ensure your video is compatible with their system. Then there are film meta data, rules about what is and isn’t allowed in credits, and bonus extras. An ever-expanding number of emergent second-screen technologies have even more detailed and technically daunting requirements. And, most importantly, they all differ from one another.

The gentleman pictured above is designer, writer, and publisher Jeffrey Zeldman, sometimes called the godfather of web standards. In the bad old days of the web, the late ’90s and early noughties, it was a free for all. Web developers built sites however they liked with no thought of interoperability, usability or accessibility. Proprietary browser vendor technologies and plug-ins such as Flash Player were commonplace, and the browser wars led to enormous problems with cross browser compatibility. As sites became more complicated and the web began to mature the web standards movement was born; Zeldman was amongst its first advocates. To encourage professional and unified development practice, the web standards movement attempted to introduce non-proprietary open specifications for how we should build for the web and increase discussion around user experience and access for all.

While the web standards movement has by no means completely solved all our problems, it has ensured that these discussions are given the attention they deserve. The web standards movement has led to the thinking behind HTML5 and CSS3, and it has accelerated the maturation of a group of client-side technologies. As a result the web has become an easier, less buggy, and more exciting place for users, and an easier place to work in for developers. In the spirit of interoperability, formats such as XML and JSON were developed to allow for increased data-portability. As a result high-profile web application companies such as Twitter, Facebook and Google introduced APIs (Application Programming Interface) to allow developers to write software that interacts with their applications and data.

Like the aforementioned web companies, many film platforms have built APIs to allow developers to interact with their systems. In the case of Netflix this API has been pretty good at allowing developers to build the Netflix “experience” into their applications. This can be extremely useful in bridging a user’s discovery-to-viewing experience. Many other platforms also take this approach. Typically they allow a good level of read access, meaning, in the case of Netflix, you can search their catalog and get a good amount of data returned. However, write access is generally extremely limited, often restricted to simply adding and removing items from a user’s Netflix queue. This is frankly disappointing and it is a pattern common across almost all film platforms.

How could this be better? Well, how about allowing filmmakers to submit their films directly to a system in a standardized format along with a simple piece of standard meta data? Why not then open a film’s viewing data, who, when, where, how often etc. to the filmmakers? And, in turn allow them to update their film’s meta data via a simple user interface or, better still, expose such methods via the API? While we’re at it, perhaps most importantly it would be a good idea to think about how other film platforms may wish to interact with a platform’s systems. Film-centric platforms should not fear standardization and interoperability.  They will make life simpler for the filmmaker. Also, forming lasting partnerships with other platforms should be front and center for these businesses. Imagine if VOD platforms opened their systems to allow filmmakers to add pre-roll video to their films and define which pre-roll plays based on a user’s device or geolocation. Steering a mobile user to a film’s app or advertising a local on-demand screening and Q&A to a user based on geolocation suddenly starts to look like a joined-up business for filmmakers and the platforms alike.

I’m not naive, I understand that a standards and interoperability discussion between some of these platforms sounds incredibly unlikely if not totally fanciful. But you only have to look to the W3C and WaSP to see that this isn’t only a possible endeavor but potentially a very successful one. The W3C now boasts member companies including, Microsoft, Mozilla, Apple, Google, Opera and Adobe. We are at a point when the web standards movement has successfully created an open and universal set of standards to which the browser vendors largely adhere. This would have been unthinkable in 1998. I think with some effort on all our parts the same could be a reality amongst film platforms.

I know that there are companies attempting to solve parts of this problem. Kinonation, for example, is a great system which allows filmmakers to upload their film once and have it pushed out to a vast range of platforms including, iTunes, Hulu, Netflix, LoveFilm, GoogleTV, and IndieFlix, among others. This is obviously a fantastic tool for filmmakers, but it is one small piece of the puzzle. I believe that a broader discussion about interoperability and standards is needed. So, if you are working on a film-centric web platform or have influence within an existing big player in the VOD or TOD markets, I think it’s time to start thinking about how to encourage other platforms to interact with you in a more powerful ways. Likewise, if you’re a filmmaker I think it’s time to start telling platforms how you would like them to interact with one another and what data you want access to. The indie film value chain is broken, and interoperability is where the links will begin to join — unless we want some digital version of vertical integration.

If companies wish to be solid links in the indie film value chain they need to start thinking about how to encourage interoperability and standards compliance.