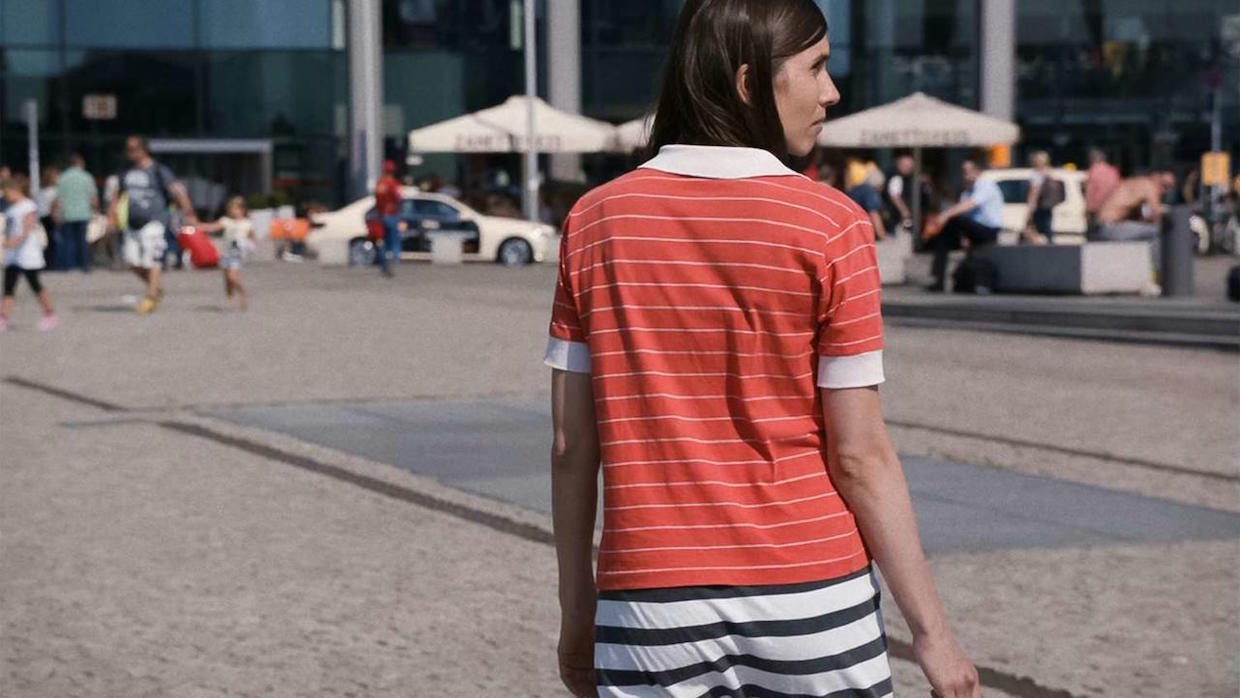 I had the truly rare advantage of a loose enough schedule to accommodate seeing all four of the Wavelengths shorts programs at TIFF this year, and they were kind of a lifesaver. For someone who’s made my trade watching and writing about movies, I’m a (paradoxically?) terrible marathon viewer. Following full-length, narratively driven films, one after another, is hard work, speaking purely personally; an hour’s-ish worth of avant-garde-leaning shorts does wonders to clear the mind. It’s a different kind of stimulation, and if you don’t like one another will be along any moment.

I’m going to punt on the vast majority of works shown, for which I lack both the vocabulary and the desire to try to describe them regardless. (Annual recommendation: turn to Michael Sicinski’s round-up.) Despite the programs’ mental cleansing function, my two favorites were, ironically, more narrative than not; of those leaning more towards pure sensation, I’d recommend keeping an eye out for:

Of the two other favorites: Ismaïl Bahri’s Foyer has a vibe similar to Where is the Friend’s Home, a movie about a child trying to find their way home in which asking for directions doubles for a seminar on epistemology. The structuring framework here is that the Yemen-born, France-based Bahri is back home and performing a visual test on the street by filming a white piece of paper that’s been clamped down enough to hold it in place but with enough looseness for the wind to move it. The paper’s color can attendantly turn to shades of orange etc. — with a very brief exception at the end, all we have to look at is a changing but unbroken field of very intense colors on the lighter side. The white paper serves the function of a theater screen in reverse: instead of acting as a canvas for images projected onto it, it creates and beams them back out, from a screen onto which this captured image is being projected back out at us, etc. This is fun and mildly assaultive, in the relative vein of Margaret Honda’s Spectrum Reverse Spectrum (a 70mm short which offers nothing but the pure color transition of the spectrum from red to violet and back again), and it doesn’t require much thought to process: it’s all sensation. But Bahri (whose end credits indicate that both the visuals and sound were seamlessly assembled to create the illusion of a sequential half-hour from months of work) adds on the voices of passing commenters, most of whom are persuadable about the merits of this project. The kids, predictably, get it better than anyone else — they don’t think they need story yet — and so the film turns into a kind of sampler of Ways To Approach The Avant-Garde. This is the opposite of an exclusionary film, one that suggests ways to watch it as you go along, and it could make an ideal gateway to the non-narrative for novices.

I heard James N. Kienitz Wilkins’ Indefinite Pitch dismissed by one colleague as a “stand-up act” — i.e., a film whose primary appeal is a fairly virtuosic monologue that’s consistently funny, to which visuals are a superfluous, ass-covering addition. I had the same suspicion, but a) as we know, comedy is hard, and this keeps it up for 24 minutes b) the movie crunches nicely on every thematic level. The ostensible premise is a “pitch” for a film that hasn’t been fully worked out, but the title also relates to sound; the voiceover goes up and down in timbre, matched to still images of water attendantly flowing or freezing, all of this eventually connected to some observations about how DCPs alter our perception of sound and image while being billed as “film,” i.e. ostensibly indistinguishable from and continuous with what the term meant 20 years ago. (All of the Wavelengths selections works and filmmakers were delightfully, refreshingly medium-specific in both their work and comments.) So it crunches, but it also tickled me.

The audiences at Wavelengths shorts are joltingly polite and ideal: they sit in absolute silence, turn their phones off, applaud for the volunteers and openly deride L’Oreal bumpers. Which brings me, finally, to my only non-shorts public screening of the fest, Angela Schanelec’s The Dreamed Path. Schanelec has been making films since the ’90s, to generally indifferent-to-hostile reception; before arriving, I watched her 2004 film Marseilles (whose appeal is well-described here) and dug it. That’s a Hard Movie, but The Dreamed Ones is way tougher. It’s a hilariously severe film, The Marble Index of Bresson-damaged High European Art Cinema, in which Schanelec sort of gives you enough information to get oriented at the start before systematically adding more and more characters and incidents for whom all context has been elided. It is, by design, something to experience rather than comprehend, at least/especially at first pass. The throughline is a character whose heroin addiction, as expected, does not go well; he disappears for a while, then returns as, increasingly, a visual correlative to M. Hulot, seen unexpectedly in packed frames long after you’ve forgotten about him.

Schanelec’s intro was perfect: “You don’t have to think. You can just watch.” I’m not sure the audience understood what she meant: that in the face of a Difficult Text, you can simply take in images and audio and assume they’re meant to give you some pleasure and process them as such, leaving the heavy mental lifting for later. That things kick off with an acoustic guitar duet rendition of “The Lion Sleeps Tonight,” one of the goofier novelty song mainstays, indicates from the get-go that Schanelec is not without a sense of extremely strange humor and certainly doesn’t want to punish you for showing up. There’s a shot of a woman wandering sand dunes that could seem like a bad pass at Red Desert if it weren’t for the sheet of toilet paper sticking to her leg.

In the tradition of Straub-Huillet, this is a movie that simply cannot conceive of, let alone care about, a hypothetical viewer who should be made happy watching this. It is very much Art For Art’s Sake, and while that can be the excuse for a lot of garbage, its integrity of conception and intent is not up for question. I was, therefore, fascinated by the post-screening Q&A, a ritual I know well enough to avoid but in this case I wanted to hear Schanelec for a bit. What I got was the platonic ideal of uncomprehendingly hostile audiences who can’t even ask the right questions. Instead, they ask (seriously) “What is the meaning of the film?” and “What message are we supposed to take away?” Schanelec’s response to the latter was also perfect: “I’m sorry, but this question is impossible to answer.” She went on: the film took five years to make and it’s 86 minutes long, and that’s the answer. More power to her.