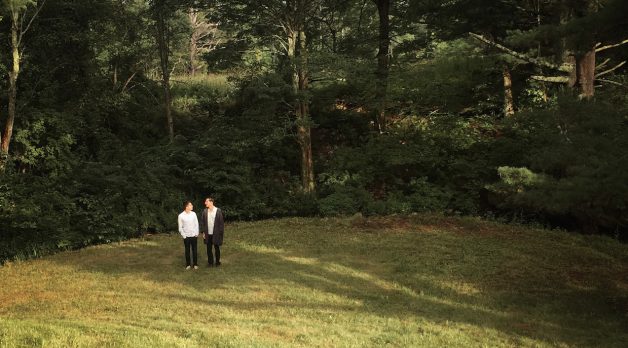 When Chase Whiteside and Erick Stoll met at Wright State University in Dayton, Ohio, both were solely interested in making narratives, but a mandatory documentary class piqued their interest. “There’s something about being from Ohio, where you have less access to the kind of resources it takes to make a narrative feature than if you were going to school on the coasts or in a big media town,” Stoll says. “Two people willing to put in endless amounts of time can do a lot in the nonfiction form, and I think that’s partly why we embraced the model.”

Currently in post-production with the intention of a 2018 festival debut, their first feature, América, is an essentially vérité family portrait shot in carefully composed widescreen. Whiteside and Stoll had gone to Mexico intending to make a film about American tourists there and instead befriended Diego, a young man who became their subject. One of three brothers, Diego looks after his grandmother — whose name gives the film its title — moving in with one brother and his girlfriend. Diego’s father was incarcerated for failing to take care of América properly, and the tensions of caretaking fray familial bonds.

Viewed in a cut two months from completion, the unsentimentally affecting film is tough-minded about elder care, surprisingly funny when watching squabbling siblings and edited at a deft, surefooted clip.

Before América, Whiteside and Stoll made activist short films under the label New Left Media. “We wanted, more as activists than filmmakers, to get involved in the health care debate,” Whiteside recalls. “Obama was trying to get health care reform passed in 2009, and we were covering the opposition. It ended up being kind of unexpectedly popular on the internet, and we chased that. We learned a lot about filmmaking by making these little pieces of film all the time — basics of editing and shooting. It was a good way to practice.” New Left Media mostly stopped producing shorts in 2012 as viral political videos become more prolific and professionalized, making the business more competitive and less sustainable as a day job. Their last short, made in 2015, allowed undocumented restaurant worker Ricardo Aca (whose workplace was located in a Trump hotel) a platform to respond to the then-candidate’s views on immigration. (Trump’s response to Aca’s ambiguous legal status: “I want to check his file.”)

América was made with the intent of working on a project that, “as a process, would take longer and be more exploratory,” says Whiteside. Along the way, both filmmakers have made shorts separately and with other collaborators. América was shot over the course of three years, almost entirely without institutional support. For now, finishing the film is their only priority. Still, says Whiteside, “pretty much every project, I’m always going to call Erick up and try to harass him into shooting it because I think Erick is the greatest shooter I know. So, he’ll have to say no if he wants to avoid working on my next project.” — VR